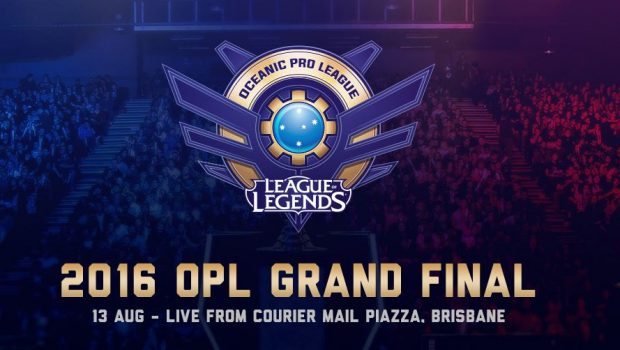 OPL GEARS UP FOR THE 2016 GRAND FINAL

With the League of Legends Oceanic Pro League (OPL) Grand Final at the Courier-Mail Piazza less than two weeks away, the Semi Finals starting tonight will be the closest competition the OPL has ever had in its history.

Legacy, Dire Wolves, Chiefs and Avant Garde all still have a red hot opportunity to make the Grand Final, but it will all come down to the battle on the Rift with the Semi Finals streamed live tonight and tomorrow night from 6pm (AEST).

Up first, Legacy, sitting in pole position after 10 weeks of regular season, will be going up against Avant Garde, who secured a spot in the Semi Finals after winning a three-way tie-breaker between Tainted Minds and Abyss Gaming. Although Legacy holds the OPL Legend title belt, Avant Garde bested Legacy in week four in their only game against each other this split so either team looks good to win.

On Tuesday, the Chiefs, the reigning OPL Champions, will then face Dire Wolves, who finished second on the ladder, above the Chiefs this split. Again this Semi Final will be tough with Chefs looking to keep their crown, but Dire Wolves having a better track record this split, beating Chiefs in week seven in their only match-up.

The two teams that win the Semi Finals will be playing live at the Courier-Mail Piazza on 13 August, which is set to be the biggest esports event to ever hit Brisbane.

Pre-event activities will begin at 2pm including, pro-player signings, a dunk tank, photo opportunities and a community stage, which will showcase some of Oceania’s best League of Legends cosplayers, as well as caster and pro player Q&As.

Starting at 5:30pm, Oceania’s two best esports teams will then battle it out in a best-of-5 showdown in-front of over 2,000 spectators and tens of thousands of online viewers, for the chance to progress to the World Championship Qualifiers in Sao Paulo, Brazil.

Head to watch.oce.lolesports.com to watch all the live OPL playoffs action:

Tickets are also still available to watch the OPL Grand Final at the Courier-Mail Piazza or on the big screen at HOYTS cinemas across Australia and New Zealand at http://oce.leagueoflegends.com/en/featured/oplfinals-2016 .