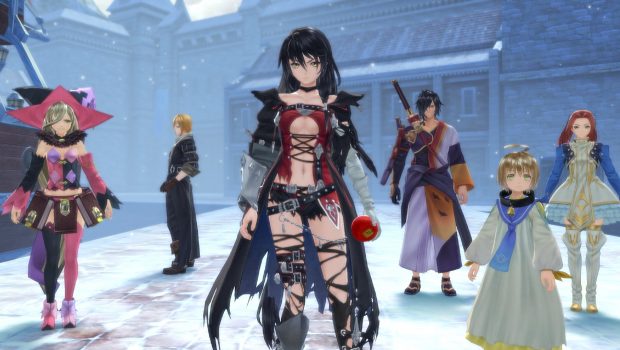 TALES OF BERSERIA is now pre orderable on STEAM® and, for the first time, a demo is planned for January 10th, 2017

This is a special day for JRPG fans! BANDAI NAMCO Entertainment Europe confirms today the next milestones of TALES OF BERSERIA. First of all, the pre order page on STEAM is now available and the one on PlayStation® Network is coming soon. Then, for the first time, Tales of fans in Europe will have the opportunity to play the demo on both STEAM and PlayStation Network on January 10th, 2017. To celebrate these two good news, a new gameplay video is revealed to give a sneak peek to the English voice-over.

Fans who pre-order TALES OF BERSERIA will receive a 15 min exclusive skit in original version with English subtitles. Pre-orders on STEAM will have a 10% off if players already have Tales of Zestiria or Tales of Symphonia. Fans on PlayStation®4 will also receive 3 soundtracks and a PlayStation theme. The pre order page on PlayStation Network will be available soon.

TALES OF BERSERIA will be available on January 27th, 2017 for the PlayStation®4 and PC via STEAM®. For more detailed information on the newly revealed features, please head to the official Tales of Blog.