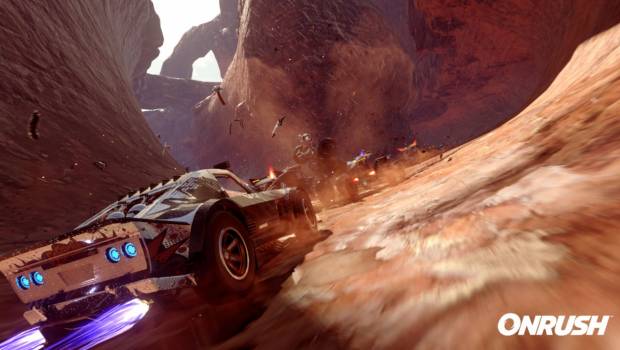 Summary: Onrush is a vehicular combat game that crashes its way onto the PS4 and Xbox One courtesy of publisher Deep Silver and developer Codemasters.

Now, while Codemasters have a long list of racing titles in their portfolio, their latest release, Onrush, certainly isn’t a traditional racing game. While parallels exist between it and EA’s Burnout series, stylistically, Onrush is much closer to the old PlayStation classic Destruction Derby. This is because that while Burnout and Onrush reward dangerous driving in addition to smashing into your rivals; with Onrush, you’re not really racing anyone.

There’s no typical first or second place here; it’s all about boosting, slamming into your opponents and causing havoc. There are four main modes to choose from: ‘Overdrive’, where the winning team is the one who acquires and uses the most boost. ‘Switch’ is essentially all-out warfare where each team member starts on a motorbike and moves to the next vehicle once they crash or get taken out by an opponent. ‘Lockdown’ is a free for all where you and your team must take control of a moving zone for five consecutive seconds. And lastly, ‘Countdown’ is a race between checkpoints as you battle against other drivers and a decreasing timer. 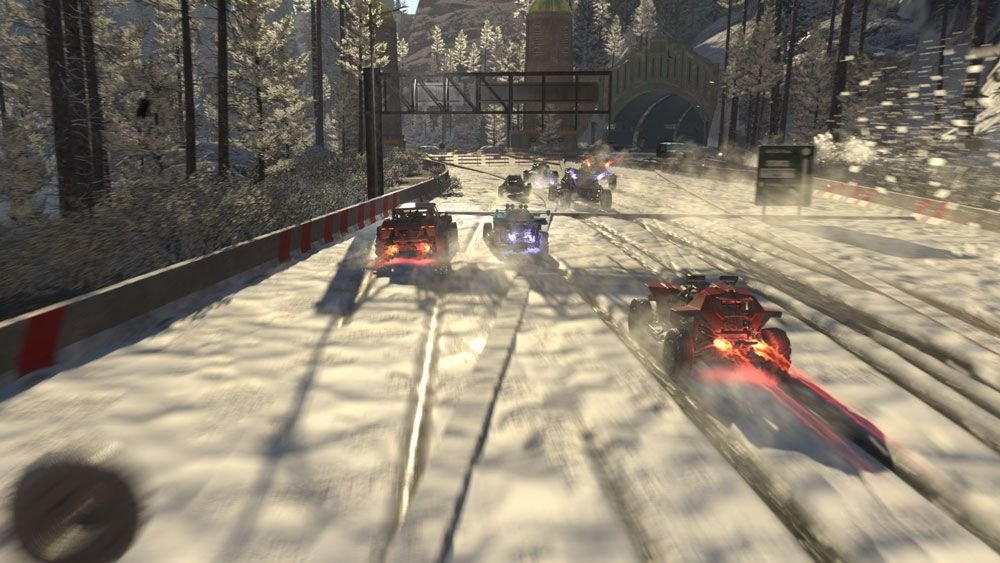 Indeed, unlike Codemasters’ more recent vehicle-based games Onrush doesn’t take itself too seriously. It’s crazy, refreshing, and a helluva lot of fun. Each ‘race’ requires you to work a part of a team both of which consist of a mixture of vehicles. Muscle cars, buggy’s, and bikes are all here, and all perform in a unique manner. In addition to the two teams, there are also neutral vehicles that populate each track. Their purpose is to serve as ammunition for your boost meter. By smashing into them, your meter regenerates which certainly helps your cause if you ever find yourself dawdling behind the rest of the pack. 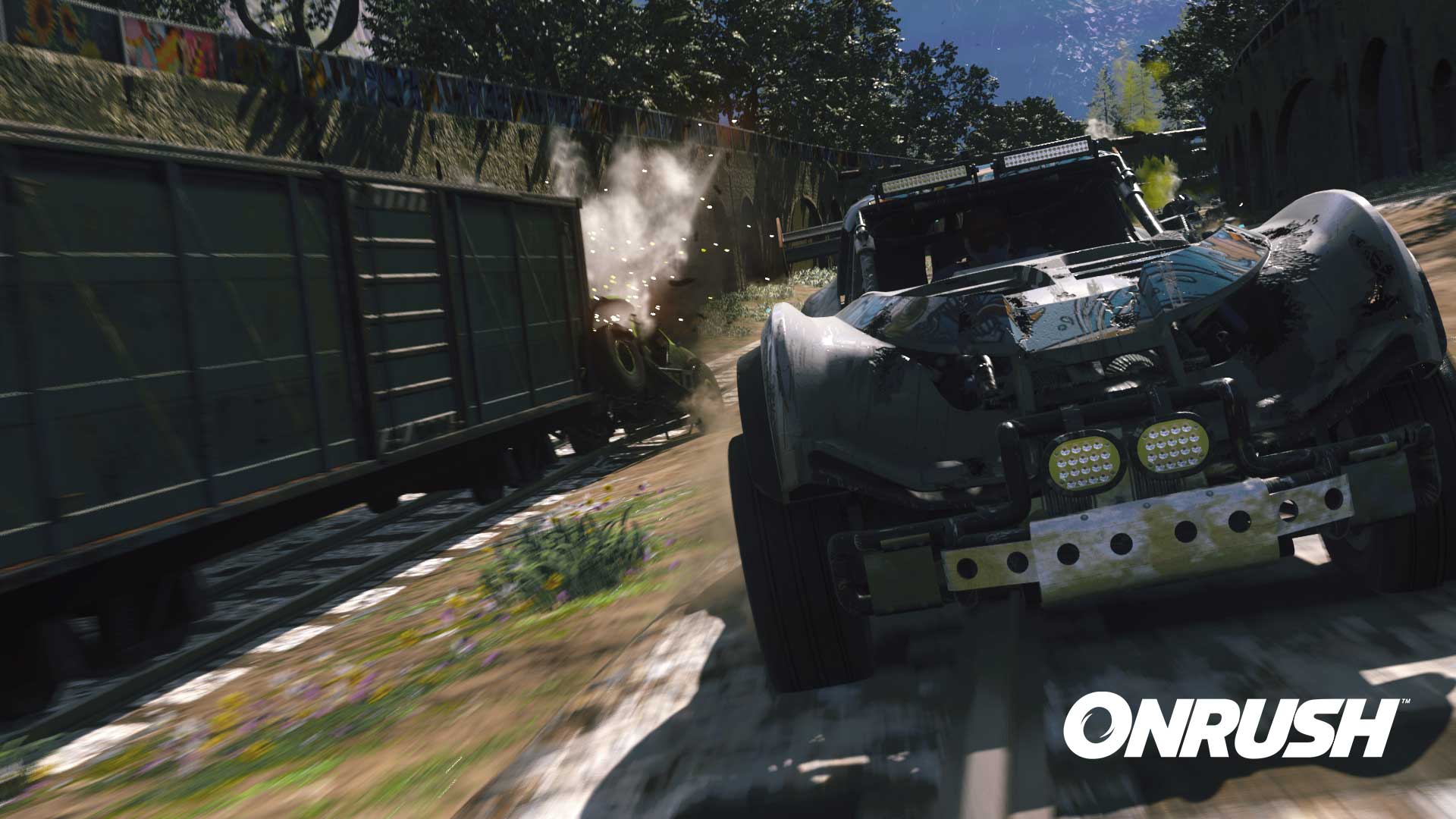 As for the environments, each track has plenty of ramps and jumps that you can use to your advantage. Driving like a madman rewards you with boost, which you can then use to help maximise your chance of nudging a rival into the oncoming terrain. The vehicles themselves all feel different from one another. The bikes are fast and agile, but leave you vulnerable to attacks from their heavier counterparts. ATV’s are steady but slow, and muscle cars are probably the most balanced out of the eight vehicle classes on offer. Each type of vehicle has special skills known as Rush abilities. For example, a Heavy ATV like The Enforcer can temporarily disable an opponents boost meter on impact. And The Titan gives nearby teammates a shield that offers them protection against attacks from rival vehicles. 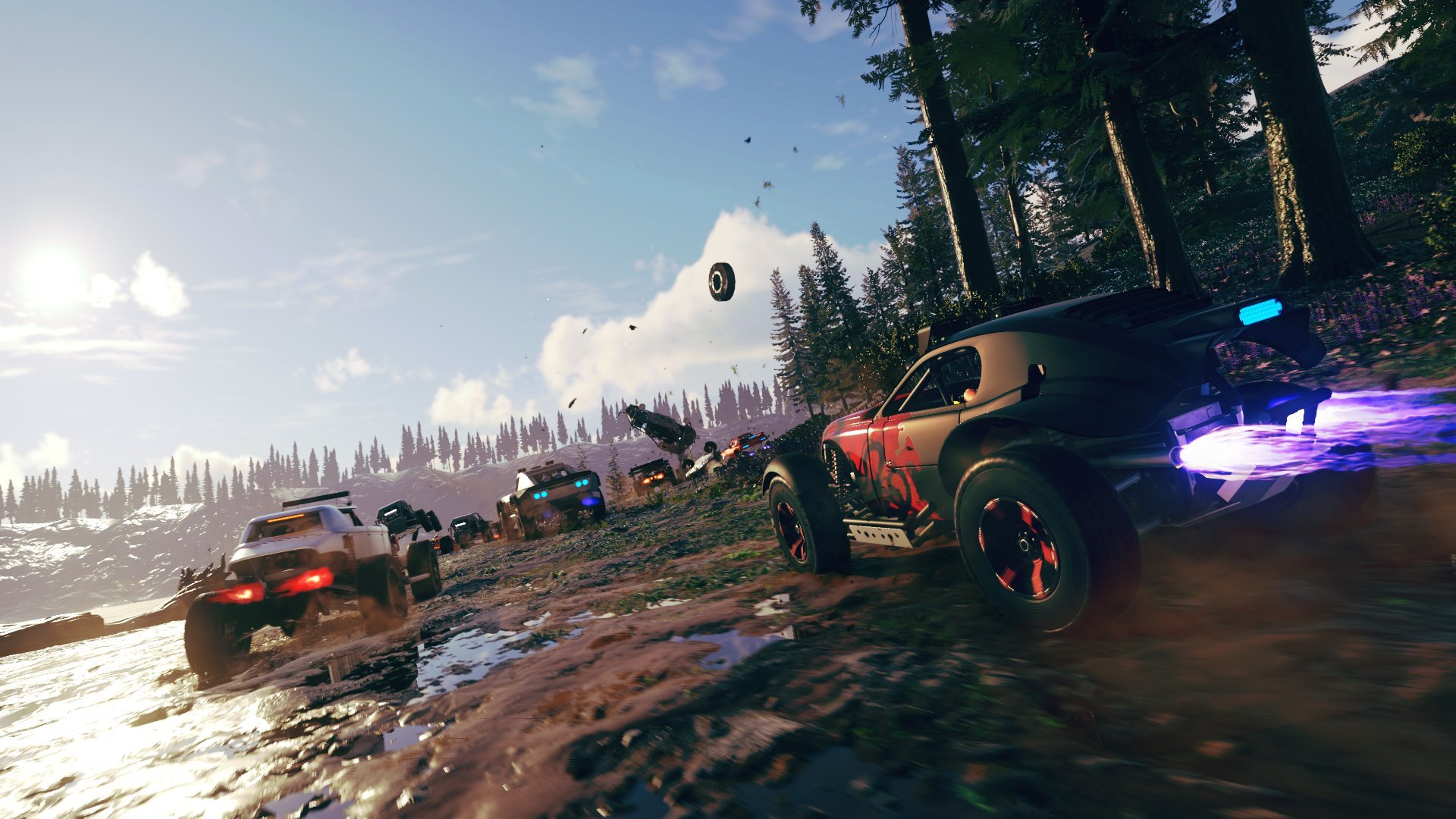 Control wise, Onrush is pretty simple to get to grips with and I have no concerns with how it functions. Generally speaking, the vehicles are responsive and perform how one would expect from a Codemasters game. As for online play, so far I’ve had no issues with connectivity. Truthfully, to date, I’ve had more fun playing offline, but that’s more to do with the online community of Onrush being relatively new and still figuring out the game’s ins and outs.

Since Onrush is so frantic, at first, you might struggle to absorb everything that’s going on around you. But once you adjust to the breakneck speed of each match, it’s clear that Codemasters has put a lot of effort into the game’s environments. From the mountainous landscapes to dessert planes; Onrush a handsome devil, to say the least. And while the vehicle design is also pleasing to the eye, it’s when these machines collide that the game hits top gear. Every collision results in debris soaring in all directions, and when these cars smash into one another, the resulting carnage is visually spectacular. Similarly, the soundtrack provides a decent mix of musical styles all of which compliment the on-screen mayhem. 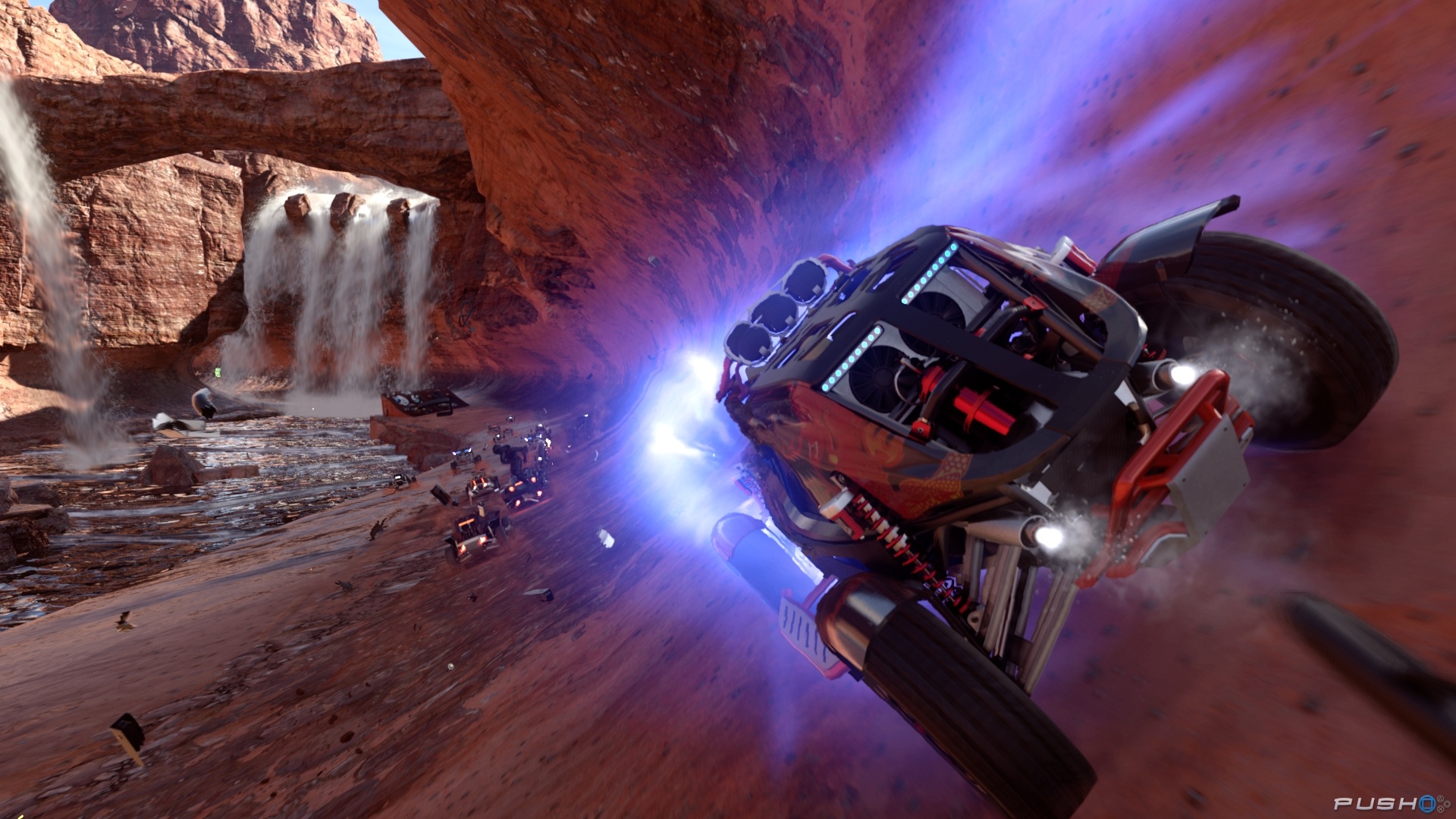 Altogether, Onrush is like a breath of fresh air. It’s fast, frenzied and above all else, fun. If you’re looking for something a little different to add to your game library, then you could do a lot worse than this. 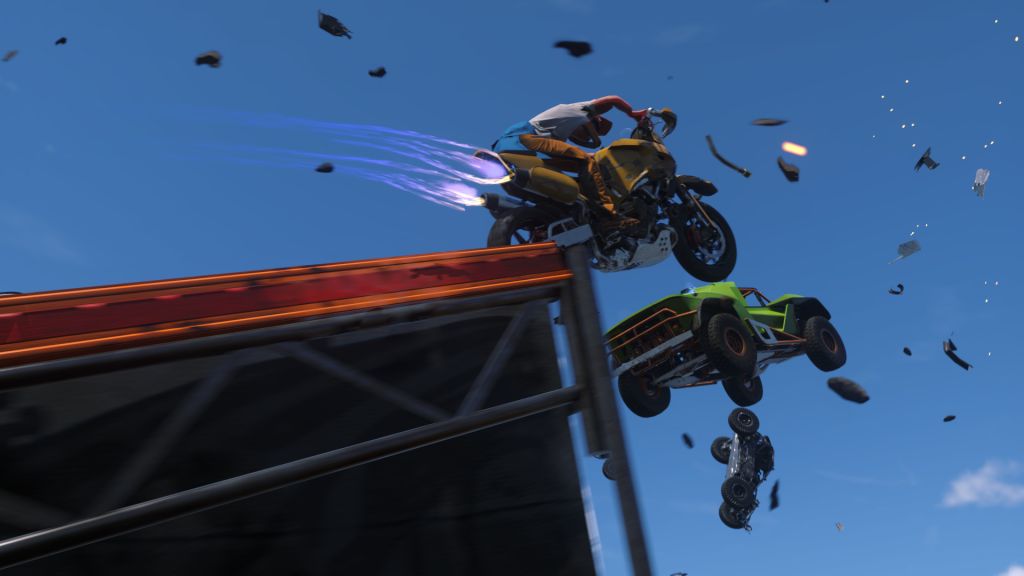