Summary: Oninaki is brimming with ideas and heavy themes. Unfortunately this is hidden behind some rudimentary, repetitive gameplay.

Oninaki begins with a haunting illustration of its heavy themes. You are a Watcher, shepherding spirits in to the afterlife. Watchers possess the ability to travel between the lands of the living and the dead. In the land of the dead they find lost souls and help them move on, where they are eventually reincarnated. The first mission involves helping a little boy. Upon finding his parents in the land of the living, they are so unable to deal with their grief that they choose to die so they can be reunited with their sun. As the Watcher, you execute them to facilitate this. It’s sad, brutal and an early gut punch in a game that should be full of them. 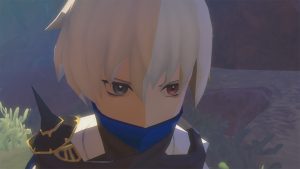 I say should be because Oninaki regularly fails to live up to the game that is promised early on. A mature look at death, grief and reincarnation eventually becomes a repetitive slog, thanks to the game tacked on to the story. 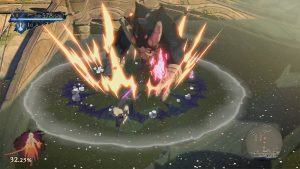 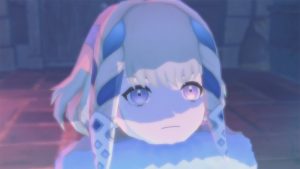 Mortality hangs heavy over Oninaki, and it is dealt with in a respectful and compelling way in the main story. It falters a little in some of the side quests. What starts out as a cool, novel concept of helping various dead move on eventually turns into fetch quest after fetch quest, which diminishes the impact somewhat.

The game looks gorgeous. The art style is reminiscent of a dreamy children’s story, which contrasts well with the tone of the narrative. The Soundtrack also makes great use of the game’s themes, delivering many haunting tracks that will stick with you. 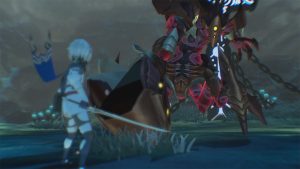 Then there’s the gameplay, which always feels like it is on the cusp of being good. The combat takes its inspiration from Secret of Mana, but is often uninspired and poorly designed. Much of the exploration involves just hitting wave after wave of fairly uninspired looking enemies. As the game progresses, this gets a little better but that doesn’t excuse the many hours of boredom it takes to get there.

The coolest part of combat is using your Daemons. Daemons are your spiritual partners in combat who each have their own combat style and special attacks. As the game progresses you unlock different Daemons who possess different unlockable skills. In addition to this there is added story content where you get to know your Daemons, which are some of the more moving bits of storytelling in the game. 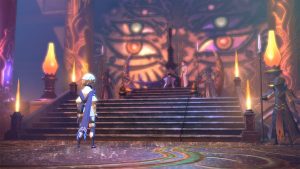 The biggest waste of the premise comes in the form of being able to travel to the world of the dead. By pressing the L trigger, you can shift into the world of the dead at any time. Beyond using it to locate the souls of those who haven’t moved on there is very little use to it. What seems like a novel concept turns into a palette swap, with no additional treasures of discoveries to be made. 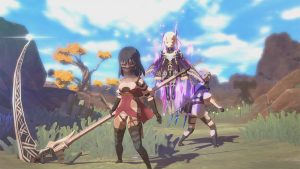 Oninaki is disappointing. Mostly because the right elements were in place to make it great and it’s so thoroughly mediocre. Tokyo RPG Factory have yet to release a truly essential game. As it stands they’ve released three games with interesting ideas and spotty execution. Perhaps one day they will get it right and release a defining RPG. However, today is not that day, and Oninaki is not that game.