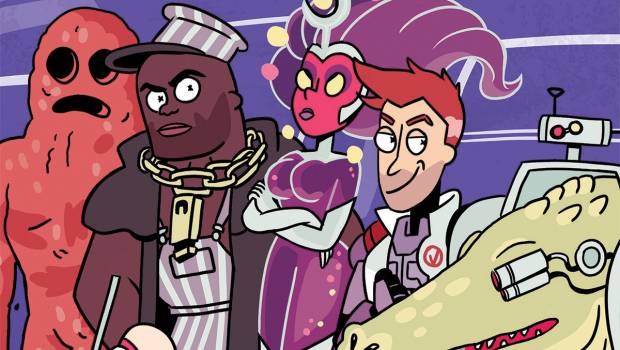 Adult Swim’s Rick and Morty get back in the panels with an all-new Rick and Morty™ Presents quarterly series of one-shot comics, beginning with the first of four 40-page issues. Learn the secret stories and hidden pasts of your favorite Rick and Morty™ characters, with each issue focusing on a different side character of the franchise, including: The Vindicators written by J. Torres (#1), Krombopulos Michael written by Mallory Ortberg (#2), Sleepy Gary written by Mags Visaggio (#3), and Pickle Rick and Jaguar written by Delilah Dawson (#4). All issues will be illustrated by CJ Cannon, colored by Nick Filardi, and lettered by Crank!

In Rick and Morty™ Presents: The Vindicators, J. Torres (Teen Titans Go!, The Mighty Zodiac) teams up with Rick and Morty™ series artist CJ Cannon and colorist Nick Filardi (Heartthrob, Cave Carson has a Cybernetic Eye) to explore the twisted and bombastic history of THE VINDICATORS in an all-out superhero comics extravaganza. Read in amazement as the superhero team travels through dimensions to recruit other heroes to defeat a villain of their own making. Gasp in shock and awe as the plot twists and previously irrelevant characters revive from the dead! Frown in frustration as you forget the complicated backstory of suddenly important mythic items! And most of all… WUBBA LUBBA DUB DUB! Alternate issue #1 cover by Caitlin Rose Boyle (Jonesy).

“I love the Rick and Morty™ cartoon,” said J. Torres. “The Vindicators episode was my favourite of the past season, and I love the superhero genre, so this send-up was a blast to write!”

“Long before Rick and Morty™ even aired, a friend of mine showed me Doc and Mharti. It’s been my jam ever since.” said CJ Cannon. “So I feel very fortunate to be able to work on the comics.”

Rick and Morty™ Presents: The Vindicators is scheduled for release March 7, 2018, with the subsequent issues releasing in June, September, and November 2018. 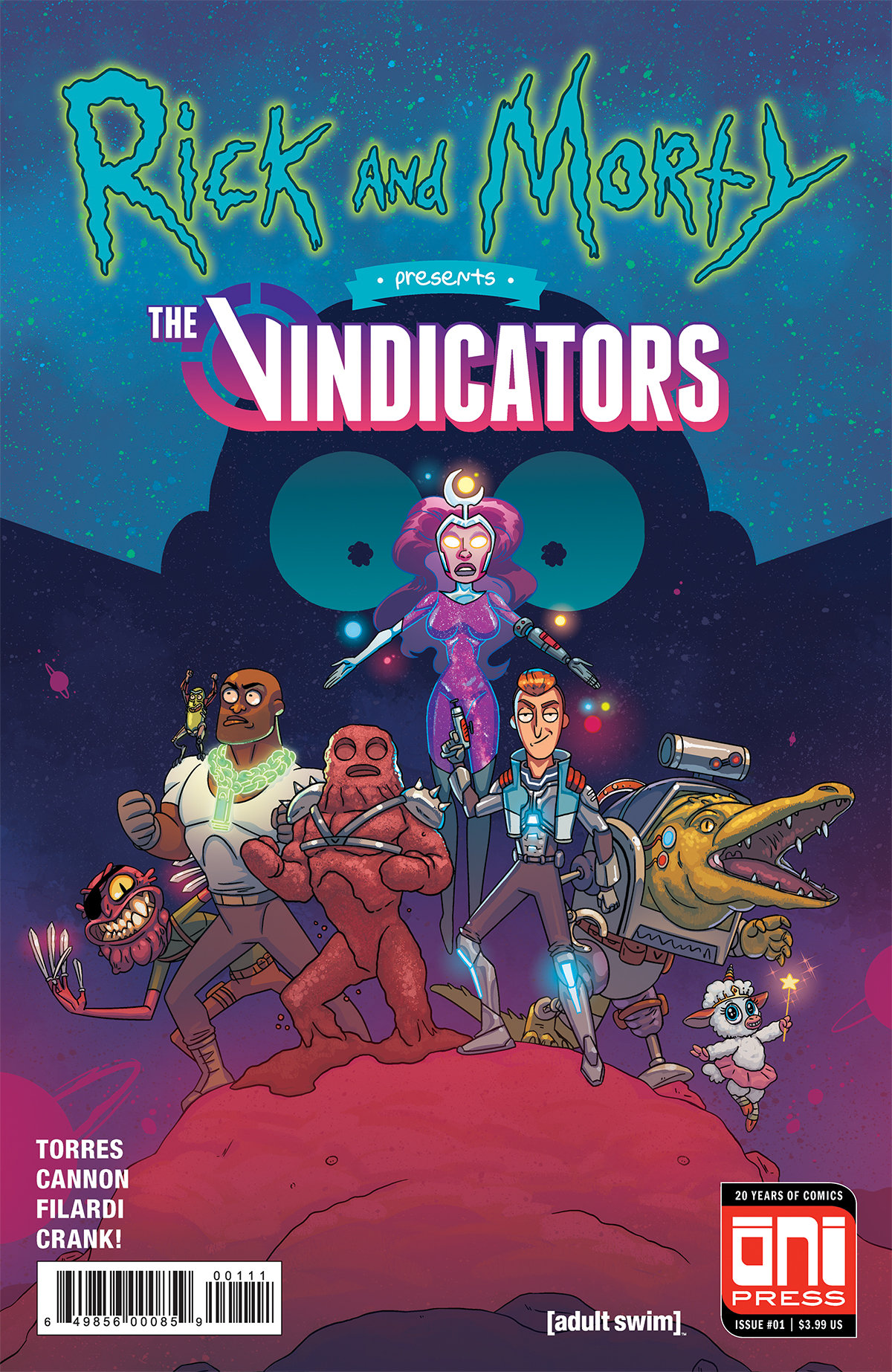 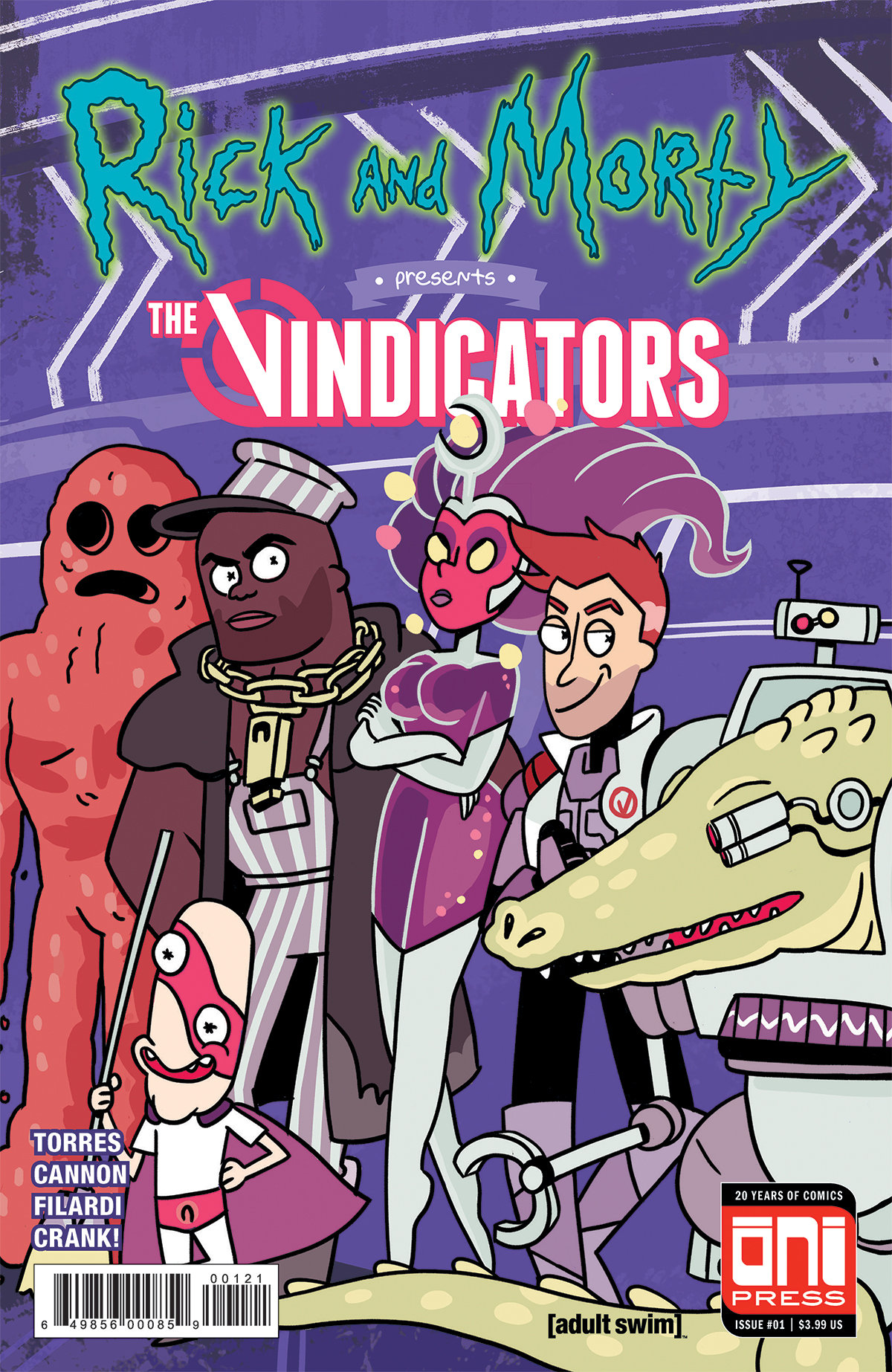