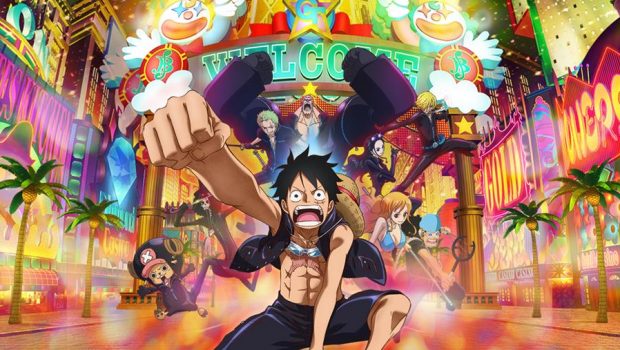 Madman are hoisting the main sails and scrubbing the decks in preparation for the release of One Piece Film: Gold – screening in Australian cinemas from October 27. Tickets and cinema information available from onepiece.com.au

One Piece Film: Gold is the latest film in the One Piece franchise, adapted from the original manga series of the same name by Eiichiro Oda. With over 380 million copies sold throughout the world, One Piece is ranked as the best-selling manga series of all time.

Known as the “moving country of dreams”, Gran Tesoro is a massive ship that operates as the world’s greatest entertainment city. The ship is so large and wealthy, that it is acknowledged by the World Government as an independent state and doubles as a demilitarised zone, offering pirates, marines and millionaires alike absolute sanctuary.

It is here that Luffy and the Straw Hat Pirates take on Gild Tesoro, the captain and ruler of Gran Tesoro. As the golden emperor of the famed city on the water, and the richest man in the world, he easily wins all over to his side with his substantial fortune. However, he is about to raise the stakes to satisfy his bottomless ambition, which will have dire consequences for the New World if our heroes fail their mission!

ONE PIECE FILM: GOLD is in Australian cinemas from October 27th.

For tickets and more, visit onepiece.com.au