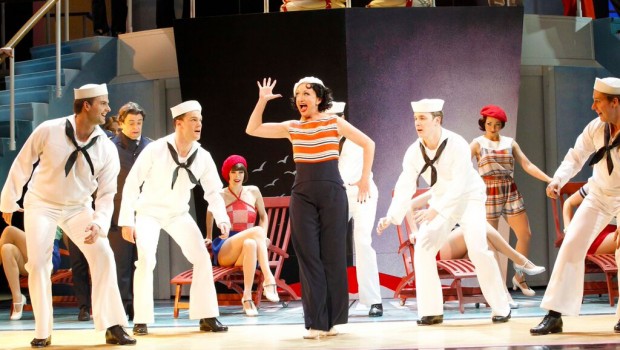 ONE MORE WEEK UNTIL ANYTHING GOES SETS SAIL OUT OF MELBOURNE!

Anything Goes will be sailing out of Melbourne at the end of next week – the final performance is on Sunday July 19 at 3pm.

To celebrate the final performances of this smash-hit comedy, all remaining tickets for the final week have been discounted to $69.90 from Sunday 12 July.

Winner of three Tony Awards, including Best Musical Revival and Choreography during its most recent Broadway run, Anything Goes is a stunning nautical favourite.

For decades, Anything Goes has captivated millions with its delightful story of madcap antics aboard the S.S. American. When the ocean liner embarks from New York to London, etiquette and convention get tossed out the portholes as two unlikely pairs set off on the course to find true love… proving that sometimes destiny needs a little help from a crew of singing sailors, an exotic disguise and some good old-fashioned blackmail.

This dazzling musical celebration, described by Ben Brantley of The New York Times as “a deluxe candy box of Cole Porter’s best songs,” features a hilarious tale of topsy-turvy relationships, mistaken identities and foiled plots, peppered with some of musical theatre’s most memorable standards including You’re The Top, De-Lovely, I Get A Kick Out Of You and of course the title song, Anything Goes.