ONE IN SIX AUSTRALIANS HAVE FALLEN ASLEEP BEHIND THE WHEEL, NEXTBASE RESEARCH REVEALS

A study completed by Monash University estimated that one Australian dies every day after falling asleep at the wheel with drowsy driving estimated to contribute to 20 percent of Australia car accidents annually. With 1,126 deaths on Australian roads in 2021, Nextbase is urging drivers to rest and recognise when they are drowsy behind the wheel.

The Monash University study also found that driving while tired is also linked to 72,000 car accidents annually. Being awake for 17 hours has a similar effect on performance as having a blood alcohol content of 0.05. With road authorities offering rest stops and long running ‘power nap’ campaigns, it is a great reminder for all Australians to take heed of these warnings.

Nextbase Ambassador and Supercar driver David Reynolds is urging Australian drivers to stay safe and be prepared for their long drivers: “Hearing that 16% of Australian drivers admit to having fallen asleep behind the wheel is frightening. It is always so important to be safe on the road, for you and your family as well as other road users. Along with preparing your car for the trip, you need to prepare yourself and plan your breaks and rest. Preparing for a long drive includes a good night’s sleep before you leave.

“You may be going on isolated roads with few other vehicles around. A Dash Cam is a great witness to have, showing what happened when something does go wrong. Along with the EmergencySOS feature in Nextbase Dash Cams, they are great reasons to ensure you have a Dash Cam installed when you travel,” said Reynolds.

Nextbase’s Head of Territory for Australia & New Zealand, Ben Sinica said: “It’s incredible the amount of people who admit they have fallen asleep behind the wheel. We know the benefits a power nap offers. If in doubt, please pull over and rest. A Nextbase Dash Cam is great at recording what has happened, but it is up to drivers to reduce the chances of a significant accident occurring. A Dash Cam is a great witness to have, but drivers need to take responsibility and ensure they drive safely at all times.

Research completed in May 2021 found almost half of Australian drivers believe Dash Cams should be mandatory for all drivers (45 percent).

The information is based on a survey conducted by YouGov on behalf of Nextbase. In the process, 1,199 people in Australia aged 18 and over answered questions online between 26 November and 8 December 2021. The other countries where the survey was conducted are Sweden, Canada, the Czech Republic, France, the Netherlands, Poland, Germany, the United Kingdom and the United States. The survey is representative. 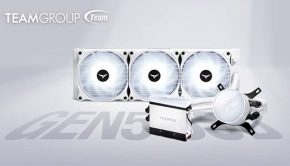