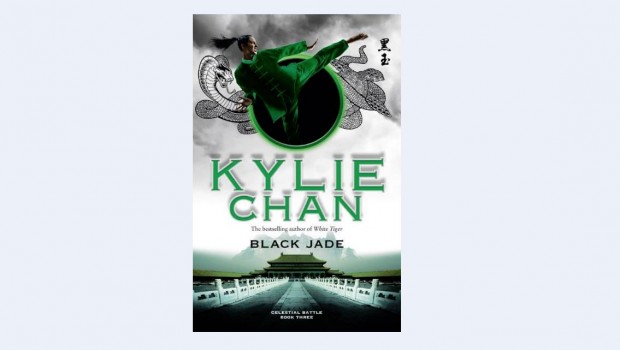 One of Australia’s favourite authors brings the best-selling Celestial Battle trilogy to an epic conclusion.

The Heavens and Earth are at stake and everything could fall…

Kylie Chan has captivated Australian readers with her stunning mix of Chinese mythology, martial arts, intrigue and romance in her Dark Heavens series, which has brought her to the forefront as Australia’s best-selling fantasy author for the past five years.

In this epic conclusion to the saga, the Heavens and Earth are at stake and everything could fall. John and Emma fight a last-ditch battle to save their homes, their families and their kingdom against a powerful demonic horde which is threatening the future for both gods and humanity.

In 1985, Kylie Chan married a Hong Kong national in a traditional Chinese wedding ceremony in Eastern China and immersed herself in Chinese culture and mythology. In 2003 she closed down her successful IT consultancy company in Hong Kong and moved back to Australia. She decided to use her knowledge of Chinese mythology, culture, and martial arts to weave a story that would appeal to a wide audience. Since returning to Australia, Kylie has studied Kung Fu (Wing Chun and Southern Chow Clan styles) as well as Tai Chi and is now a senior belt in both forms.  She has also made an intensive study of Buddhist and Taoist philosophy and has brought all of these together into her storytelling. Kylie is a mother of two who lives in Brisbane. Harper Voyager has published her bestselling DARK HEAVENS and HEAVEN TO WUDANG