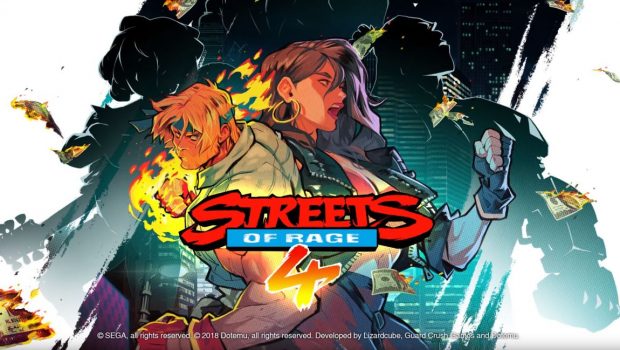 Publisher and co-developer Dotemu (Wonder Boy: The Dragon’s Trap, Windjammers 1 and 2) with co-developers Lizardcube (Wonder Boy: The Dragon’s Trap) and Guard Crush Games (Streets of Fury) today revealed that Yūzō Koshiro and Motohiro Kawashima, the original Streets of Rage series’ incomparable composers, will be joined by an all-star ensemble in contributing brand new tracks for the Streets of Rage 4 soundtrack.

In a new video released by Dotemu, Yūzō Koshiro and fellow Streets of Rage composer Motohiro Kawashima detail their direction and goals in making an impactful, unforgettable score for Streets of Rage 4. Filmed earlier this year during BitSummit, the group discusses a range of subjects, from channeling the thumping club anthems fans loved in the original games to crafting sounds that weren’t heard in the previous entries.

The full videoclip can be viewed here: https://www.youtube.com/watch?v=Z-1e1cbiKpg&feature=youtu.be

Revealing that Yūzō Koshiro and studio Ancient pitched a sequel to Streets of Rage at one point, the video also candidly explores some of the internal pressures that the original Streets of Rage team was facing during development while directly competing with Capcom’s Street Fighter II, which at the time was being scored by Yoko Shimomura. The legendary Shinomura is revealed below as lending her musical mastery to the upcoming soundtrack as well.

Thanks to the help of Brave Wave Productions, a music label that brings the work of Japanese game musicians to global audiences, Streets of Rage 4 will feature original music from:

“Among these names stand some of the most legendary and memorable musical architects in video game history,” said Cyrille Imbert, executive producer of Streets of Rage 4. “Since we first announced the title last fall, fans have been asking who will be involved in the game’s soundtrack as it is a vital element to the Streets of Rage games. We are thrilled to confirm this world-class lineup of musical talent for Streets of Rage 4.”

Streets of Rage 4 will be the first entry to the core series in 25 years, standing as Axel and Blaze’s glorious return to serving up side-scrolling beatdowns. With lush hand-drawn animations, new combat abilities, and fresh tracks from an amazing team of composers, Streets of Rage 4 will be a masterful tribute to and revitalization of the classic action fans adore.

More information and surprises about the Streets of Rage 4 soundtrack will be revealed in the future.