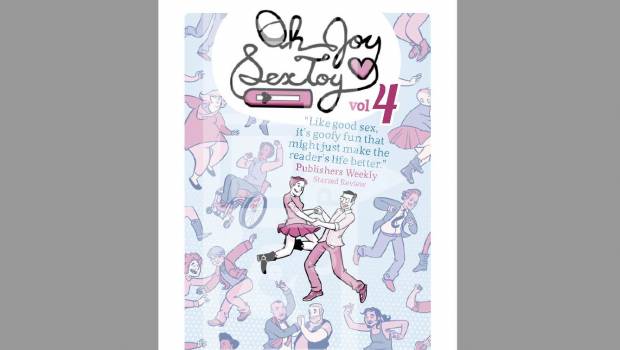 Summary: Exploring the world of sex toys has never been so much fun.

Sex… it’s an interesting topic. For many it’s still filled with Taboos but it’s also becoming more socially acceptable to talk openly about it. Oh Joy Sex Toy (volume 4 here) is just what you would expect from the title… it explores some of the amazing sex toys available. But it’s also more than that. There are articles going into different aspects of sexuality and sexual expression. There are educational pieces about the human body and some of the things it does (both wanted and unwanted). Quite importantly it is all done in a fun manner so even people who are a bit shy around the topic of sex can hopefully read and not feel too uncomfortable. 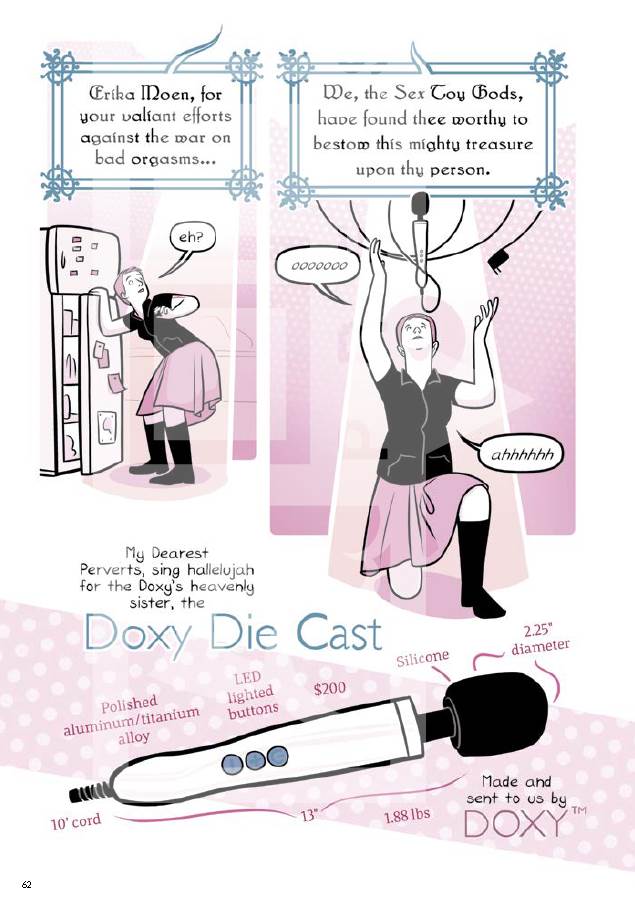 It’s pretty clear from the beginning that Erika has a sense of fun about the whole concept of sex. The reviews are honest and because of that you never feel that you are being told something is good simply because it was received for free. If she (or anyone else reviewing the products) doesn’t like it… she says so. But even the reviews for products that don’t please the reviewer are done in such a way as to allow for the possibility that someone else may in fact love them. That’s kind of a big part of the whole book… the point that we are all unique. What works for you may not work for the next person. You may identify as male but have female body parts or vice versa… or you may be attracted to someone of the same sex or opposite sex or both… or even any combination. We are all unique and that’s part of what makes it all so much fun. The openness and friendly playfulness of the book really work wonders to make it seem entertaining and not smutty or explicit (which is not to say that the artwork doesn’t get pretty “detailed” covering certain sexual activities… but it still retains a “fun” sense to it). 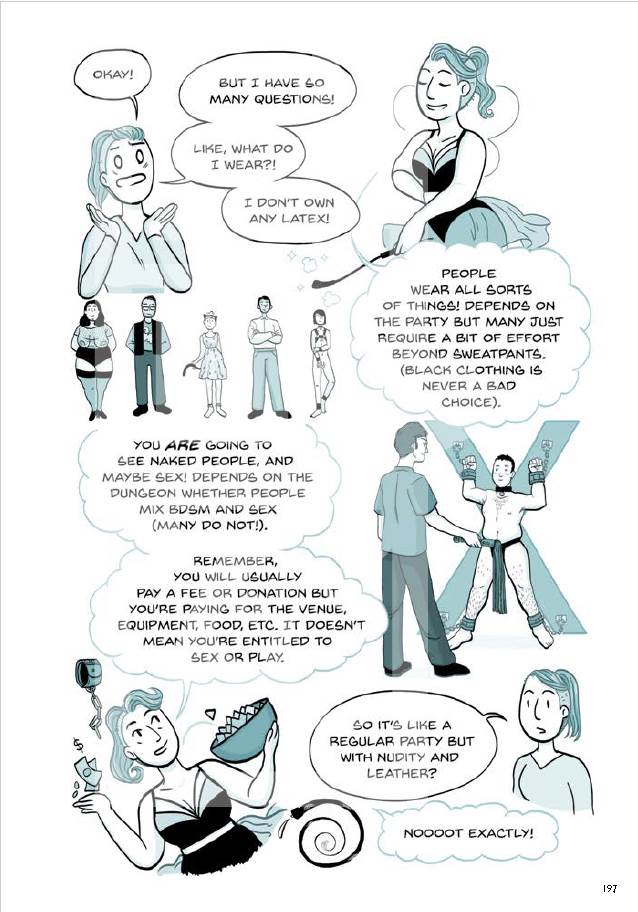 From the get go you can see that this book isn’t just a chance to throw some smutty images together and be viewed next to a box of tissues (though you can of course still do that if you want). There’s a playfulness to the artwork that gives it that comical feel… the sense that it can cover almost any topic and it won’t feel quite so dirty because you could almost hear comical sound effects with some of the images. The other thing which I think is hugely important is the diversity of the characters in the book. As someone who is pan-sexual (think bisexual but also including people who don’t quite identify as either gender 100%) it’s refreshing and dare I say reassuring to see pretty much all body shapes sizes and types. There are people with a bit of extra weight depicted, there are people with breasts and penises and others with pectorals and vaginas and many other combinations. 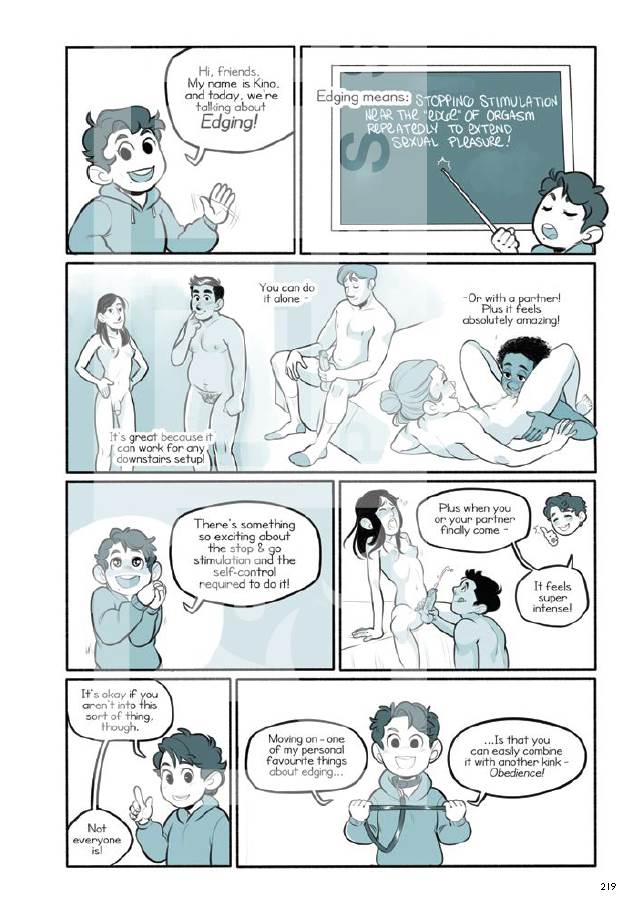 Many people have heard of the book The Joy Of Sex… published around 1972 and probably in many parents collections. It tried to make sex more fun and less a shameful act. Oh Joy Sex Toy is arguably a more modern version of that, we’ve gone beyond just exploring some of the positions that can be used other than missionary (though it does cover sexual positions too) and delves into the wider field of sexual pleasure, expression and health. By covering such a wide range of topics and doing so with depictions of so many different body types and configurations, different sexual identities it really helps to break down a lot of the stigma that can be attached to sex and sexuality. If you want some honest reviews of the toys that are out on the market and perhaps a few new ideas to try in the bedroom (or elsewhere… within reason) then I would say this is a great book. I’d almost be inclined to say it could go well with sex education as well, at least certain portions of it… the open and honest discussion of gender and sexuality is something I think we need more of. Bravo Erika, Matthew and all the others who helped bring this together and may all your sex be great sex! 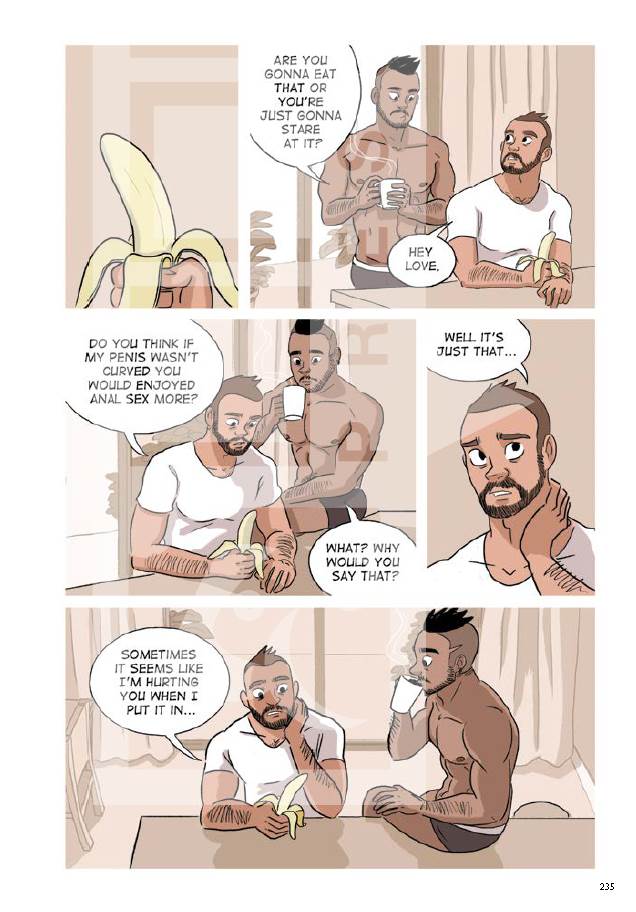