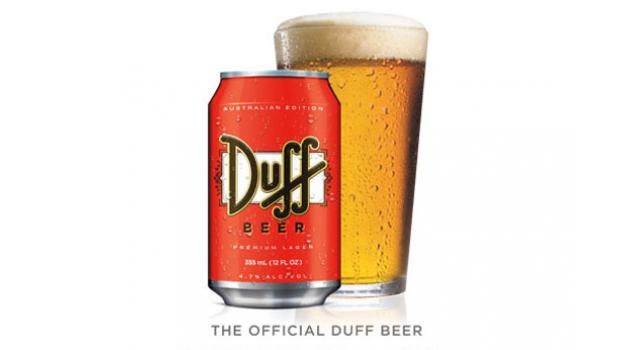 The Official Duff Beer is coming to Australia

TO CELEBRATE THE LAUNCH, A POP-UP MOE’S TAVERN WILL OPEN ITS DOORS IN SYDNEY

Sydney, Australia – 6th May 2014 –Duff Beer.  Coming Soon to Australia.  The official Duff Beer is set to become available at BWS and Dan Murphy’s liquor stores from the 28th May. Ahead of its highly anticipated arrival in store, a pop-up of the iconic Moe’s Tavern will open to the public at the Woolloomooloo Bay Hotel from the 23rd – 30th May.

Duff Beer is launching down under as a true premium lager that holds a clean, crisp and refreshing taste along with its iconic packaging. A superbly crafted lager, Duff Beer is a high quality, traditional beer with a perfect balance of flavour and refreshment featuring a deep golden colour with caramel aromatics and a hint of fruit.

In the past Duff has only been available through counterfeit and imitations. This is the first official Duff Beer from the people who created the Duff brand.

For those wanting to be first to sample the wonderful Duff Beer in an authentic setting, Moe’s Tavern will be taking residence on the 1st floor of the Woolloomooloo Bay Hotel for a limited time. Open to the public from the 23rd May – 30th May, the pop-up will be true representation of the legendary Moe’s Tavern of Springfield fame.  With Duff Beer exclusively on tap, Moe’s Tavern will also be serving up a host of Springfield’s finest food including; Krusty Burgers, Duffalo Wings and Lard Lad donuts.