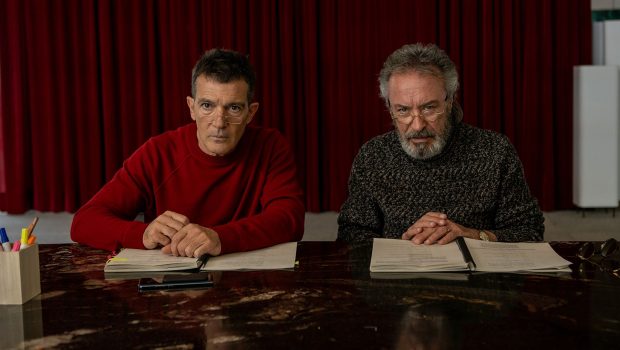 With some big laughs and solid comic performances, Official Competition is a good comedy but a little short of a knockout. This parody of modern filmmaking could have used more depth regarding its characters. Though perhaps it is hard to be completely original and insightful with the subject matter. Films about cinema that parody the medium have become their own clever subgenre. Singin’ in the Rain (1952) is arguably one of the best takes. The modern entries, Birdman (2014) and Clouds of Sils Maria (2014), proved memorable additions to the subgenre. This Spanish interpretation is funny too and offers some surprises in its story. Though it does not fully explore its characters enough to distinguish itself from similar features.

The story involves a tense and funny rivalry between two vastly different actors. Before they meet though Official Competition opens with a humorous prologue. Humberto (José Luis Gómez) is a wealthy man preparing to celebrate his 80th birthday. Yet he is concerned about how people see him. To consolidate his legacy, he decides he will not direct a film himself but produce a brilliant one so he can attach his name to it. He has the bright idea of purchasing the rights to an expensive book. Yet instead of reading it he gifts the adaptation to a crafty arthouse director, Lola (Penélope Cruz). In her own kooky way, Lola tells him the story about two brothers who become increasingly combative towards one another. Playing these siblings are two wildly different actors. Felix (Antonio Banderas) is a playboy first seen arriving in a sports car and passionately kissing his girlfriend. The other is a serious but self-important acting teacher named Ivan (Oscar Martínez). They disapprove of each other’s methods but are thrown together by Lola’s insane methods for directing the scenes and igniting their chemistry. 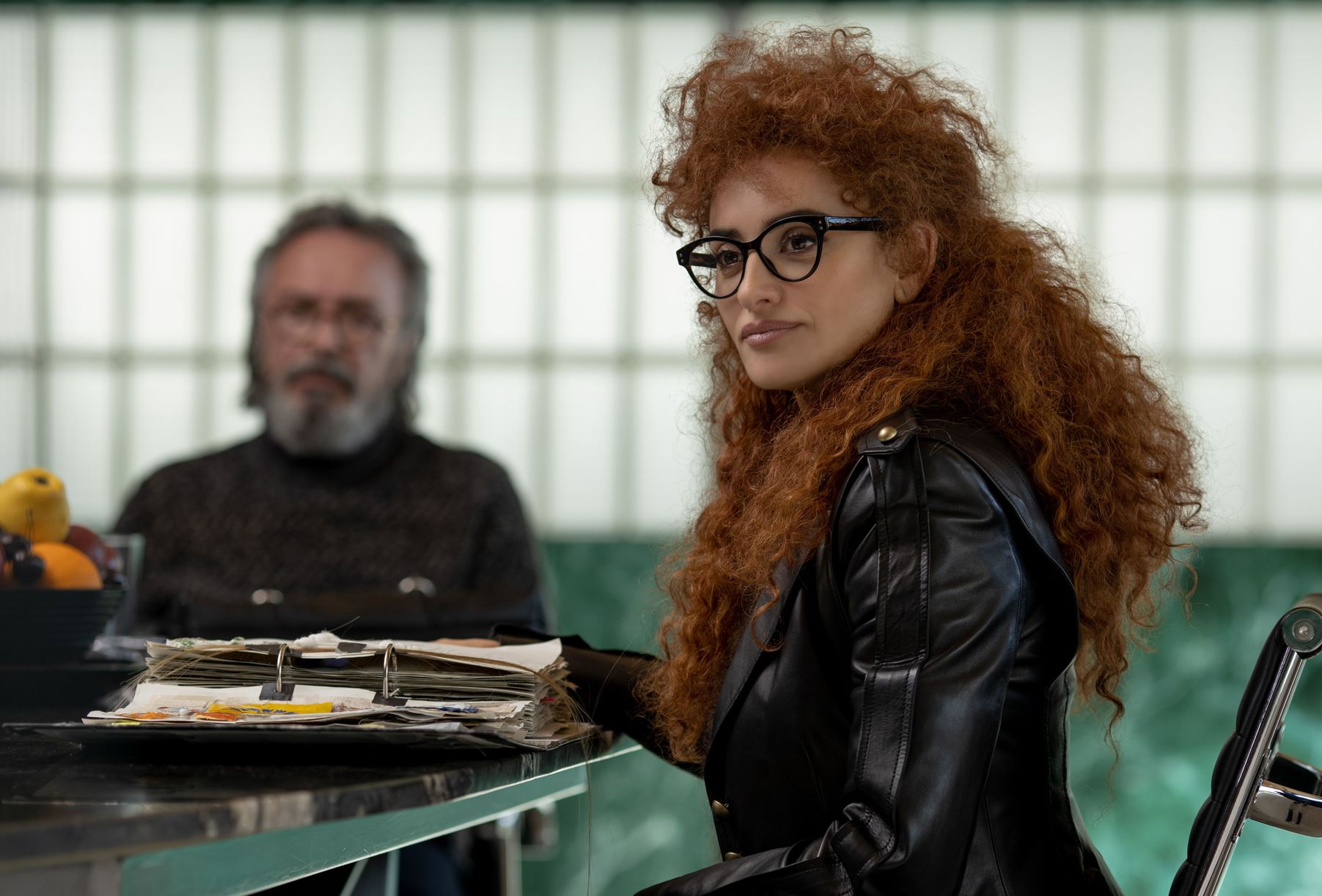 Official Competition’s strong comedic setup benefits from the clever characterisation of its main players. Felix is the arrogant, immature playboy who has worked in mainstream films. He humorously says he will simply remember his lines during preparation. In contrast, Ivan is an utter professional, but also pretentious and incredibly pompous. At one point, he bluntly tells his acting students very few of them will make it. Between the men is the quirky filmmaker Lola with her outrageous methods for immersing actors into their roles. In one crazed scene she immobilises the men by wrapping them in tape. She asks them to describe every award they have received before putting their trophies into a trash compactor while they watch. The story’s through-line is all methods of filmmaking, whether mainstream or arthouse, are flawed and silly in their approaches. People become overly immersed in their work and fail to distinguish fiction and reality. This thematic goal draws big laughs and dark twists in the last quarter. Where it stumbles is adding subtle dimensions to its strange characters. Beyond the frequent rehearsal scenes, the main characters have no inner life. The two men have different attitudes to acting but aside from Felix’s ruthlessness they lack growth. As for Lola, her lesbian relationship leads nowhere and there is a strange scene where she performs a ‘floss’ dance. Is this supposed to suggest she is not averse to mainstream pop culture?

Fortunately, directors Mariano Cohn and Gastón Duprat imbue proceedings with some unique visual touches. The action is pitched inside Lola’s studio, which is bound by glass panels. The narrow interiors and use of concrete and glass infer the insulated nature of arthouse filmmaking compared to the outside world. The directors also construct a few clever sight gags too. In one of the funniest scenes, Lola wants the men to know what fear is like and has them learning their lines outside. The camera pulls back to reveal a boulder being suspended above their heads as they rehearse. Though cleverly, the scene does not end how you might think. In another unique moment Felix has an important revelation and is filmed sitting in front of a giant screen that projects his face and his emotions behind him. The visual trickery of the moment asserts the enormity of his revelation. Though again there is another a twist. Cohn and Gastón Duprat also navigate some tricky tonal shifts. Towards the end Competition’s mood veers from a silly comedy about two inflated egos to a bleaker piece. 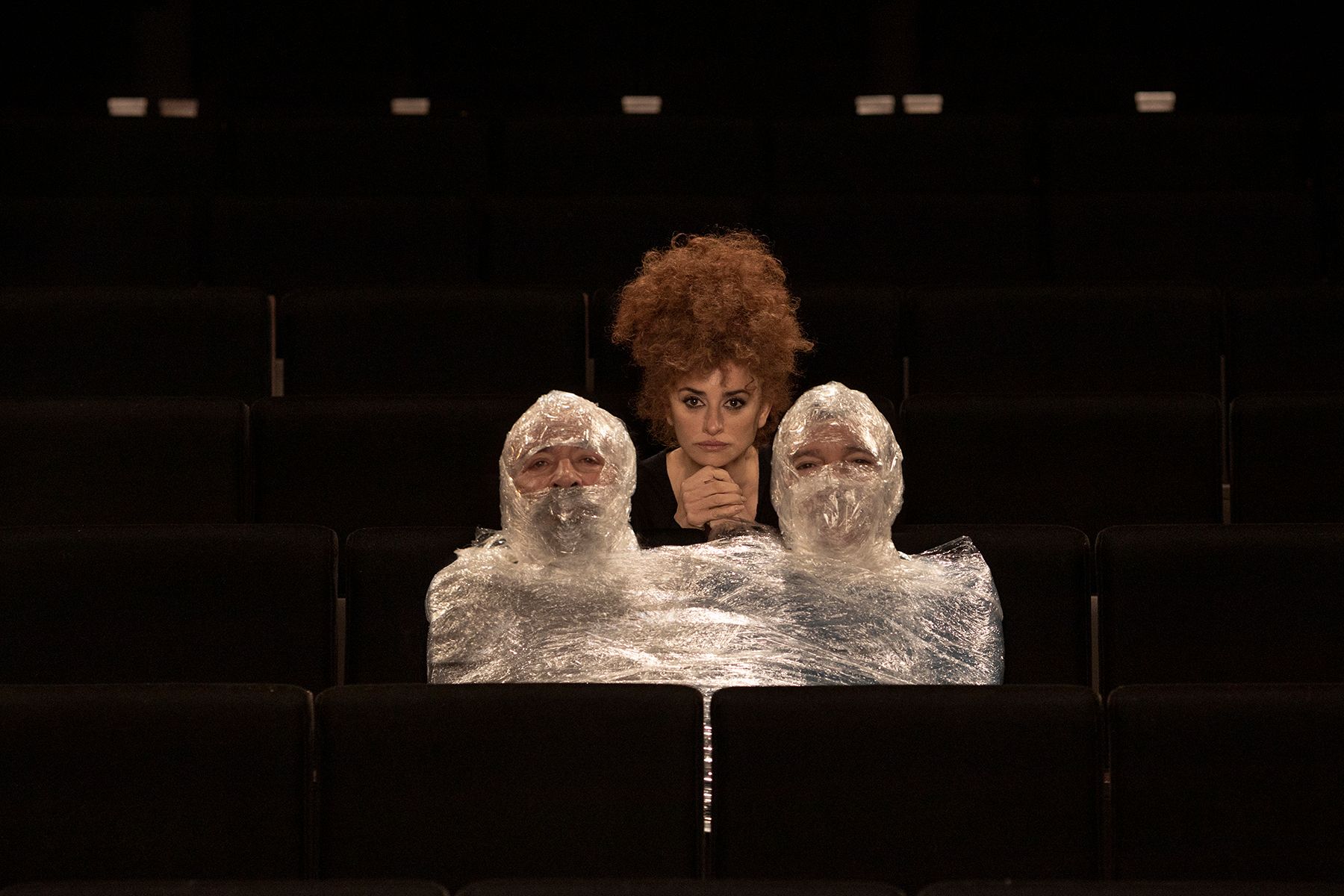 They draw rock solid performances from the actors too. Antonio Banderas and Oscar Martinez have a lot of fun navigating their different methods of acting and inject each of their scenes with humour and venom. Martinez embodies the seriousness and professionalism of his craft while underlining Ivan’s temperamental nature. Banderas captures the immaturity of his character and the hidden darker streak with aplomb. Lola must also rate as one of the quirkiest and strangest roles Penélope Cruz has undertaken too. It is rather unique to have made the director character female for once. José Luis Gómez is great as Humberto in his first scene in showing his impatience and loneliness. Though after a funny prologue he disappears for long stretches of the film bar a weirdly humorous recording scene involving his daughter.

There are enough big laughs in Official Competition to recommend it. It successfully parodies how all forms of filmmaking are ridiculous, pretentious, and a little bit dangerous. It achieves its aims through some clever sight gags and takes big swipes at the film industry. The filmmakers have successfully illustrated three different types of personalities found in the movie business. The performances inhabiting these characters are also charismatic and memorable as these two actors and their director try to outwit, outsmart, and outperform one another. However, it is a one-joke film. It lacks the rich insights needed to make its characters more multidimensional than how they are constructed. It remains a fun Spanish comedy but the blunt way it is told means it is not quite a classic filmmaking parody.

Summary: It remains a fun Spanish comedy but the blunt way it is told means it is not quite a classic filmmaking parody.