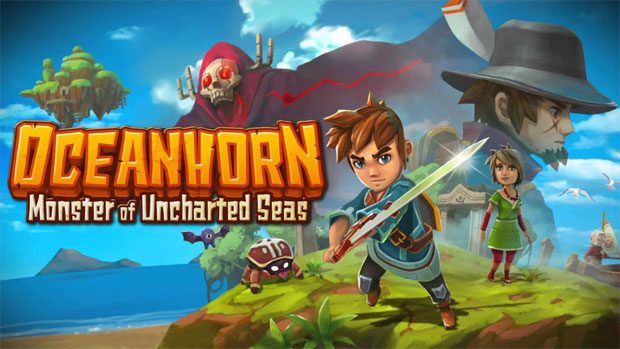 Oceanhorn – a game originally released for mobile devices, has made the Switch! This adventure game has you setting sail as you explore islands on a quest to pursue the titular beast- Oceanhorn. This game is a good fit for the Switch because, as you’ll read, the game is quite the tribute to Nintendo. But does the game stand on its own legs? 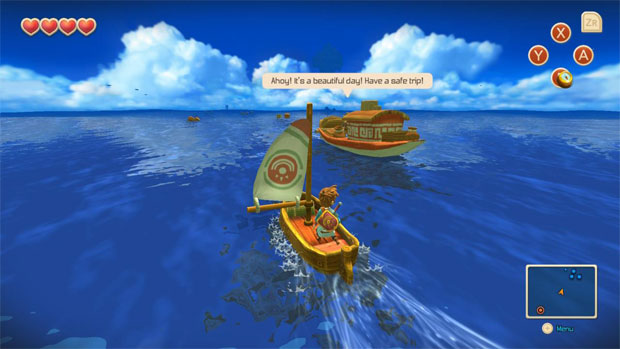 This game is all about exploration. You start out on a small, simple island, but after some adventuring and dungeon crawling you can start travelling to other islands in the uncharted sea. World design is suspiciously (but enjoyably) cubic as a reference to the older days before polygons, and everything was made up of square tiles. On your journey you can obtain items and weapons that help you reach new places and find more secrets in previously explored areas. Each island has plenty to explore, but not enough to overwhelm players. The game never prevents you from backtracking, so you can explore a certain route to your heart’s content knowing that you’ll still be able to return and go over the other paths with a fine-toothed comb- and that’s something any real adventurer would appreciate. 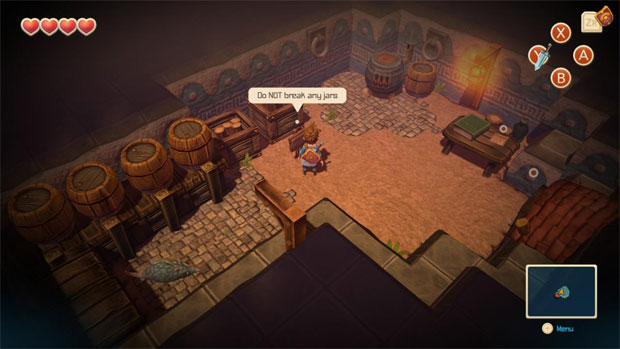 Addressing the elephant in the room- Oceanhorn borrows heavily from The Legend of Zelda. The game doesn’t attempt to hide its homages to the beloved series. The grid-like world design is reminiscent of A Link to the Past, the ocean travelling mechanic is straight from The Wind Waker, and much of the game design is learned from Ocarina of Time. (Our main hero even has a suspicious resemblance to the hero of another recent adventure game also available on Switch) The isometric camera angles also recall the likes of Super Mario RPG. I dare say that Oceanhorn was made to intentionally target Zelda/Nintendo fans, but you ought not to hold its lack of originality against it. With such a solid foundation, Oceanhorn guarantees that players can have a familiar experience. The self-acknowledging nature of the game allows you to appreciate it for what it really is. Oceanhorn knows just how much it’s borrowing from Zelda, and it’s admirable that the developers didn’t try to claim otherwise.

Tributes aside, the game suffers from the same problems that often arise with other indie games. The graphics, while charming at first sight, lose their appeal once you start to notice the rubbery animations, the expressionless characters, and the lack of any special touches. The game’s pacing is dull, with slow movement, dumb AI, repetitive gameplay, and next to no difficulty curve. The voice acting is unnecessary and unwanted, and makes it all the more obvious that the characters are uninteresting and emotionless. To sum it up, the game is very easy and there’s little motivation to keep playing past the opening hours. All the makings of a decent game are present in Oceanhorn, but everything feels like an early alpha. The developers have put a lot of time into building the world but not enough time into making it an engaging and balanced experience. 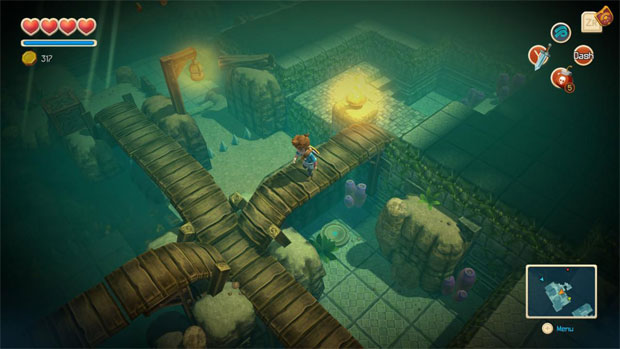 The game has its merits, though. The game soundtrack, surprisingly, has a lot of heart. The music makes traversing the ocean more enjoyable, and the deep dark caves more immersive. The typically Zelda gameplay is typically good, as usual. Oceanhorn runs with the concept of collecting new items by questing through dungeons, and being able to use them in ways that unlock things you didn’t think to try before. It rejuvenates each island to re-explore and uncover secrets that you missed the first time. The controls and combat keep things simple, much like Zelda. Overall the game is enjoyable as a Zelda clone, but it’s important to not have high expectations. In a sense, the game just sort of- exists to exist. It won’t challenge you, you won’t become emotionally attached to it, but it’s playable for some mindless action and there’s nothing wrong with that. 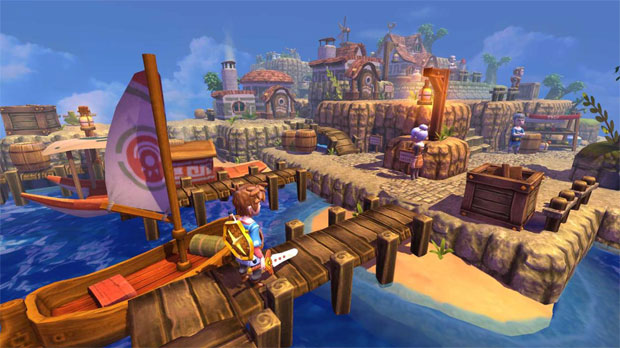 What Oceanhorn offers is basically a discount Zelda. The game borrows most of its gameplay from Zelda, but one should be aware that they get what they pay for. It’s not well-defined or polished like a Zelda game. Instead, you can think of it as a cheaper alternative if the Nintendo Switch’s premium price tag has left you a little out-of-pocket for Breath of the Wild. Do I recommend? If you already like the genre, you can probably get a few good hours out of the game. If you’re new to the genre, Oceanhorn won’t do you any favours.