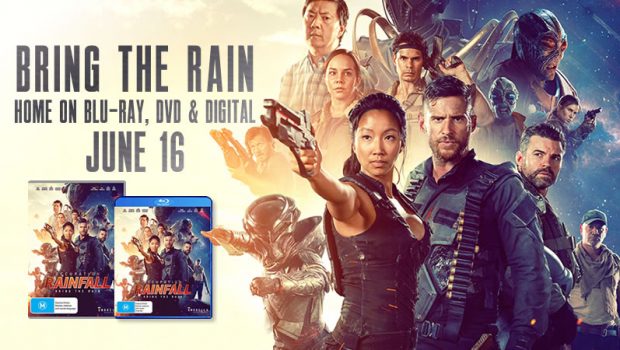 Umbrella Entertainment in association with Monster Pictures will release the most ambitious sci-fi film ever produced in Australia, OCCUPATION RAINFALL, to home entertainment on June 16.

A film of such epic scale as OCCUPATION RAINFALL is deserving of the deluxe treatment on home entertainment and Umbrella Entertainment & Monster Pictures answer the call with a Collector’s Edition Blu-ray. Loaded with Special Features, ranging from multiple Audio Commentary tracks to Deleted Scenes to Featurettes that take you behind-the-scenes of the film and much more, this is without a doubt the definitive release of OCCUPATION RAINFALL.

A wild and war-torn dystopian vision of the land down under comes to life in the most ambitious sci-fi film ever produced in Australia. Luke Sparke’s highly anticipated follow-up to the 2018 OCCUPATION picks up two years into an intergalactic invasion of Earth where survivors in Sydney, Australia are fighting back in a desperate ground war. As casualties mount by the day, the resistance and their unexpected allies uncover a plot that could see the war come to a decisive end. With the alien invaders hell-bent on making Earth their new home, the race is on to save mankind.