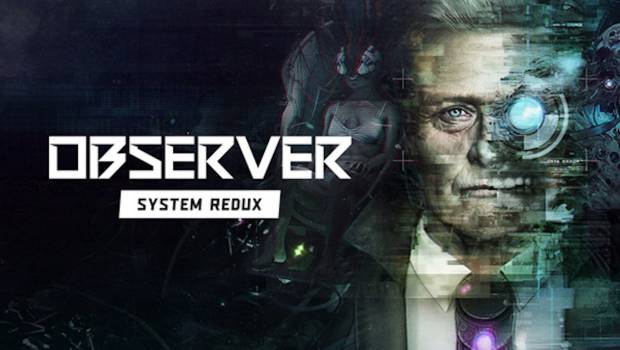 Summary: Observer: System Redux is a beautiful, scary, immersive experience that will get your heart beating. You wont be quite the same after playing this one!

This game was first released in August 2017 and has now been re-released in November 2020 for Windows, PlayStation 4 and Xbox One with updated graphics and visual effects.

In the year is 2084, in Krakow, Poland, where augmentations and body modifications are the normal, the populace has been living in fear of a resurgence of the Nanophage, a highly infectious virus that causes havoc on the augmented systems, causing loss of control of body and mind and ultimately death.

The megacorporation Chrion took control of Poland and now provides all policing services, including the Observer unit, which is a special group of augmented officers that can connect to the brain implants of others and interrogate the mind directly. 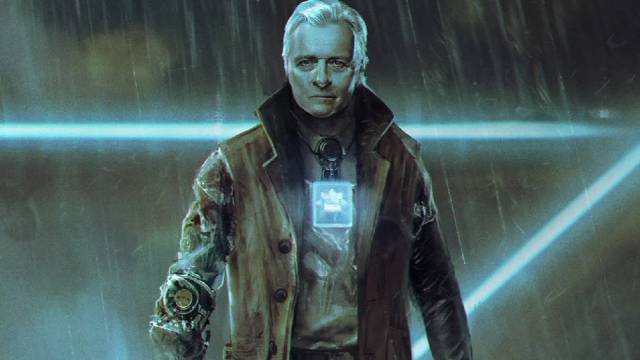 The player character is the road-worn Observer Detective Daniel Lazarski, as the stereotypical older disgruntled and tired ‘cop on the beat’.

It wouldn’t be a dystopian world without the denizens of society being clustered together in a heavily secured and monitored rundown apartment housing where drugs and crime are rampant. 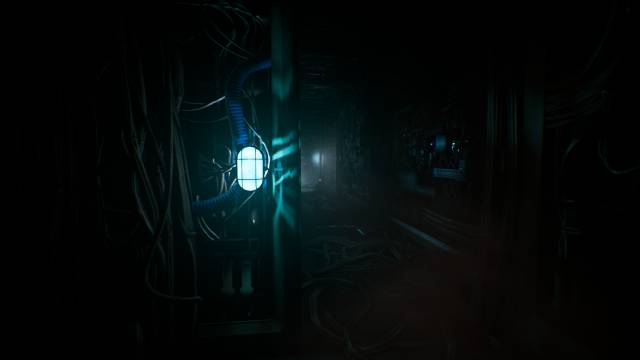 With what starts from an interrupted phone call with an alarming direct transmission from Lazarski’s son Adam, to a full-blown murder investigation after finding a headless body in Adam’s apartment, this game takes psychological turn after psychological turn as Lazarski travels down the rabbit hole.

This game is vivid in imagery and symbolism, which is perhaps why the cyberpunk themed technology furthers the sense of desperation and peril in the environment and NPC’s.

Straight forward WASD controls for navigation and CTRL for crouching. There is no shooting in this game, it is simply point and click and using good old fashioned brain-power to solve the clues and navigate the environment and puzzles inside of the minds.

As an augmented detective, Lazarski has the ability to enable Night-Vision mode, a Bio-investigation/scanning mode and a digital scanning mode through his ocular implants. The latter two enable a HUD which enable detection of bio organisims, such as blood and organic material and scanning of digital objects which allow Lazarski to take instant readings and identify the objects he found. 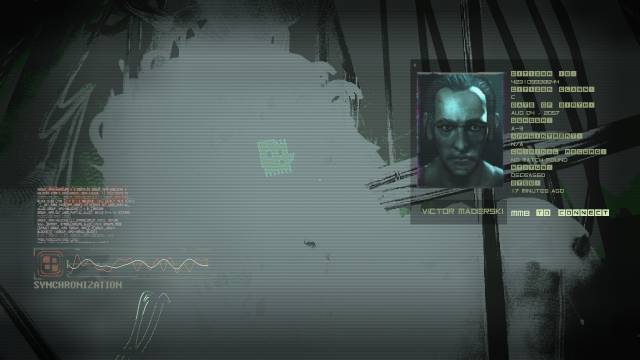 Observer: Identifying and scanning a brain implant inside a deceased body. Right before connecting to it!

Lazarski also must do some sleuthing on computers to gather intel to continue with investigations and this sometimes involves hacking. He uses his cracking augmentation to try and brute force PIN’s on keypads where possible.

Solving the mazes of confusion in Lazarski’s mind and in the mind of others is one of the more complicated aspects of the game, but doing so is the objective and advances the story.

Immediately present is the practical foresight with the white target reticle as a single dot. When this is passed over any pixel that is white or close to white, the dot becomes red. A minor thing but an example of high attention to detail. 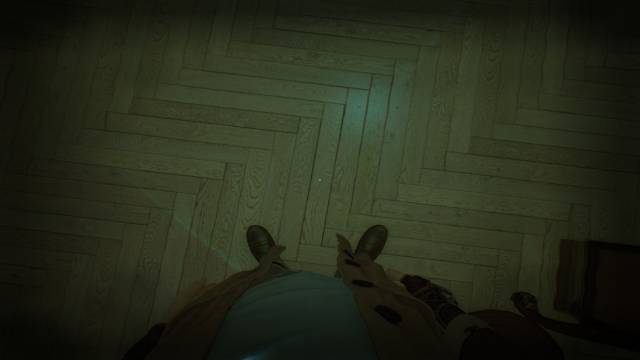 Even the textures on the wood paneling of one area used once, is highly detailed. Even Lazarski’s shoes are awesome!

Because this was a first-time playthrough, it is difficult to imagine Observer in any other way than the Observer: System Redux release, it feels as though this is what the game should have looked like from the beginning.

Observer: System Redux adds layers of complex detail to the NPC’s and objects within the game, which is evident by the before and after photos on the website. 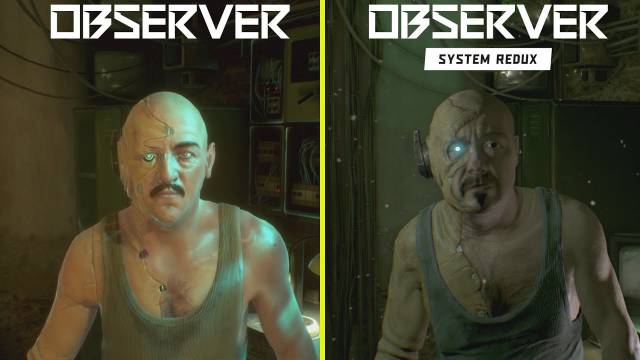 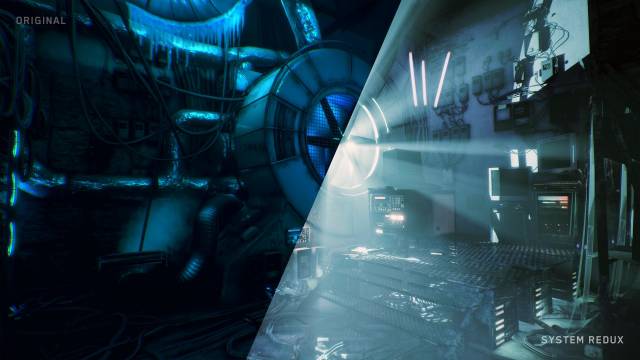 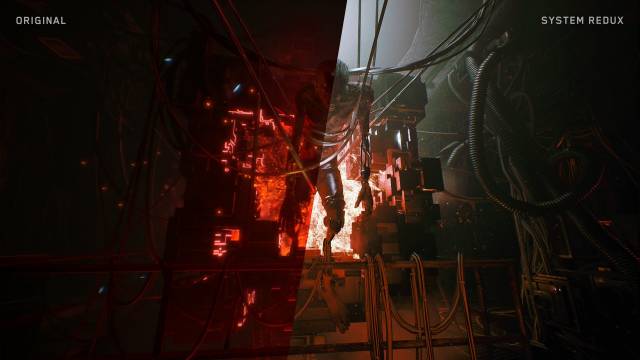 The general environment that Lazarski interacts with is wall to wall steampunk with fine details of texture, shading and lighting from every angle on almost every object. The overlays of the digital projections on walls and surfaces are dynamic, fascinating to look at and really show a vibrant complex digital future on top of the drab steampunk façade. 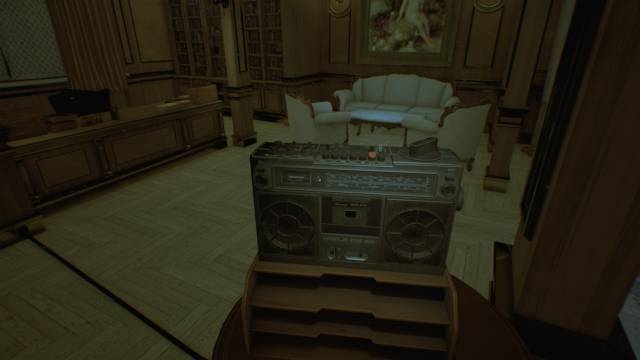 Beyond the static textures is the dynamic nature of the shadows, the blinking lights, the rain hitting the ground, the sense of a ‘room’ or corridor actually feels like you are there and that it is real.

But none of this compares to the use of the graphics engine, where the rule book gets thrown out and a new standard is set.

Inside the minds of Lazarski and others, every plane in the environment is subject to its own velocity and state of existence which changes and forms part of the story telling. The entropy of the walls, the floor, the sky, are all subject to the wills of the inner mind of the host. Everything can move, warp and change. Depth perception cannot be trusted, colours change, some objects become see through and time is not constant. 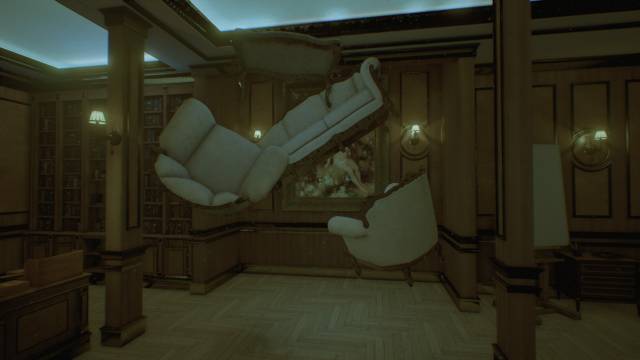 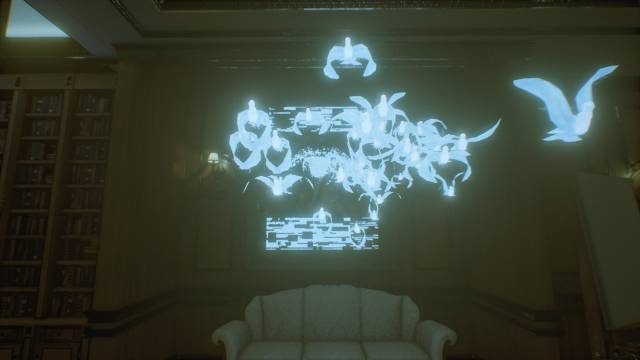 The moment when a beautiful dream becomes a horrifying nightmare is captured and displayed to the gamer with exacting perfection and rapid transitioning. Dark figures emerge, the sense of desperation is shown visually as the world and graphics colour the tone through the rapid changing dynamic imagery. 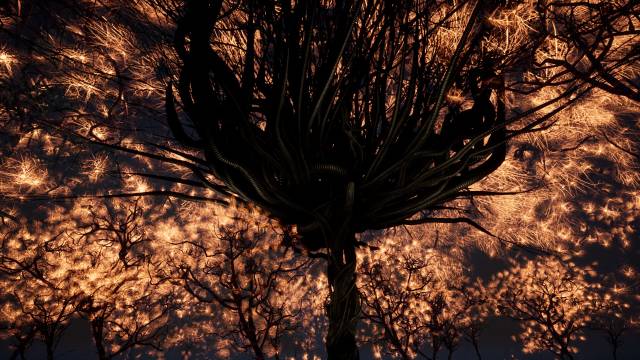 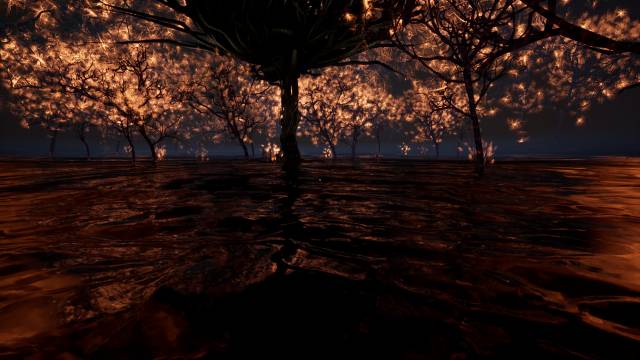 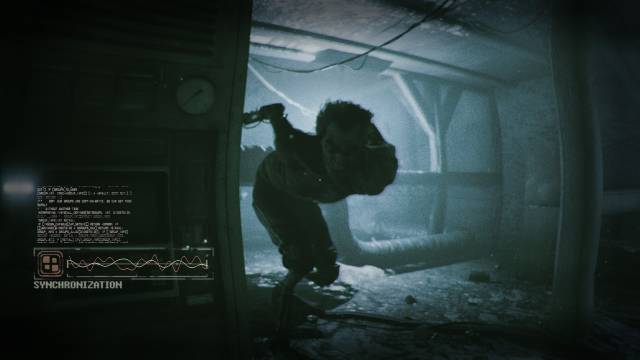 The audio is beyond next level. These are not just words, the sounds in Observer: System Redux are intrinsically linked to the visual effects and the game and intertwined with the character actions.

The audio is dynamic in the spatial sense with full sense of depth, field and direction, but also in the interactive audio. For example, Lazarski can knock on doors and speak with some residents. Each voice is unique, each dialogue is unique and some of the NPC characters move around as they speak into their intercom. These interactions feel highly immersive.

Most of the time great audio goes unnoticed, unrewarded and un-commented. This cannot be the case here. The crackling of raindrops on the presumably tin roof near the fence outside in the courtyard, or the sounds of electrical arching from a faulty switch box; everything that should rightly make a sound, does. The sound changes walking towards or away from these objects in a way the human ear would expect it to.

The audio is a primary part of the story telling, the sounds of doors slamming shut, objects getting closer, unexplained creeks and bangs and thuds. Some of these sounds will scare you, some of these sounds may even soil your undies.

In the minds of others, in this dream-world of illusions, shifting realities, recall of memories, there are sounds. Undulating, haunting and terrifying sounds. Voices call out and the sounds sneak up and confront you. 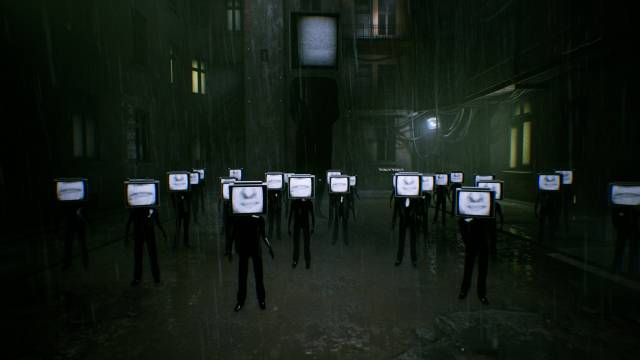 Observer is the type of game where the narrative is less important than the experience of the overall journey. That is what Observer: System Redux is, a complete visual and auditory experience that will invoke physiological, psychological and intellectual response throughout the game play; or to put it in other words, you will likely jump out of your seat or experience some intense moments that make you feel alive. 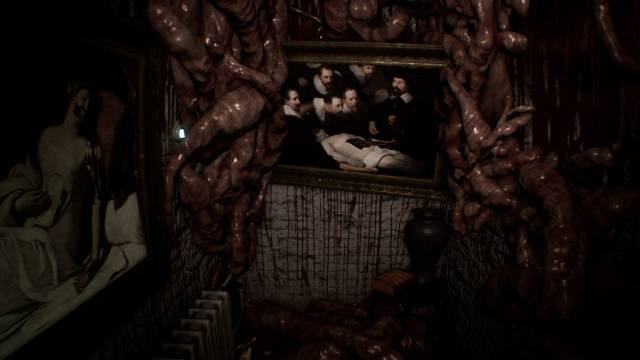 The stuff of nightmares. Notice the fine details in the paintings on the left and in the middle. What you cant see is the organic items alive and pulsing.

The two alternative endings are a bit weaker than other narratives and they frustratingly leave you wanting, perhaps by design they are left open for a possible sequel. However, one ending in particular is a difficult sell due to the way it compromises Lazarski’s integrity in such a way that makes it unbelievable.

Make no mistake, this is a great game; you will likely be changed after playing Observer: System Redux.