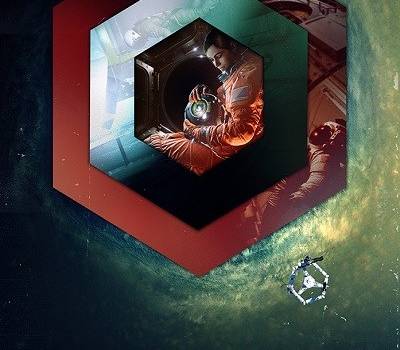 The story takes place in 2026 on board space station Observation and follows the main protagonist and scientist-astronaut Emma Fisher and her journey and significance is revealed piece by piece as SAM the Systems Administration and Maintenance system solves a number of technical problems throughout the station by recovering and linking corrupted data and working with Emma to restore key station systems. 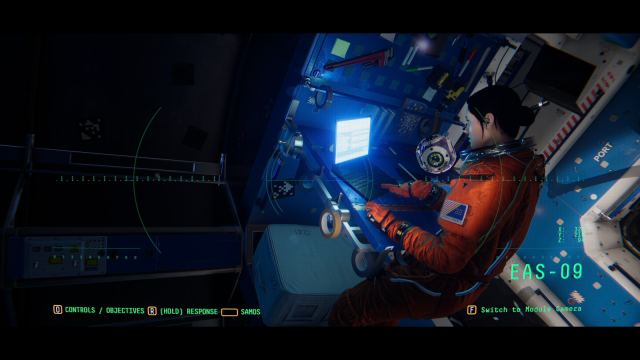 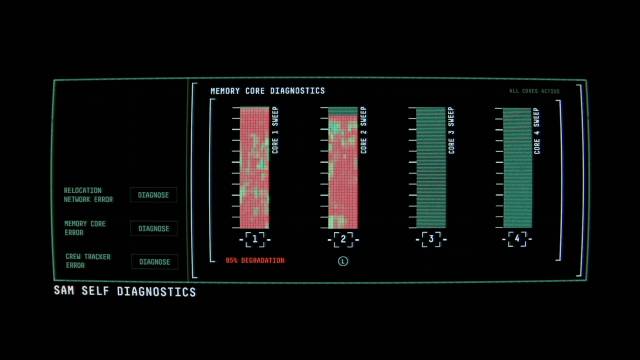 + Story spoiler: reveal
This is not some ordinary station or systems failure, something or some one brought Emma and SAM from Earth’s orbit to Saturn, where a large surface storm is the center of an entity that is using SAM to bring Emma closer. Of course, you are not alone out there in space either… 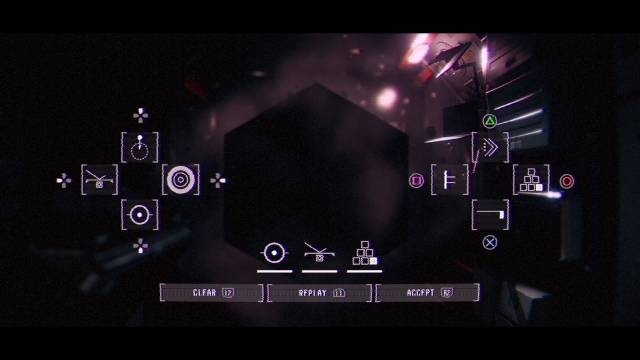 The entity communicating with SAM

Oh yes, this game gets a little dark..

The story is very much intertwined with the game and although there is a bit of “puzzle solving” in the gaming sense, there is no needless busy-work or fictitious puzzles that are so far removed from a real-life scenario of a space station that would otherwise breakup or distract from the story. That is to say that in real life if you wanted to dock a module there is a docking and re-locking procedure, if you wanted to release explosive bolts, there is a pin code and release process, these are the real-life scenario problems that require the player to solve. 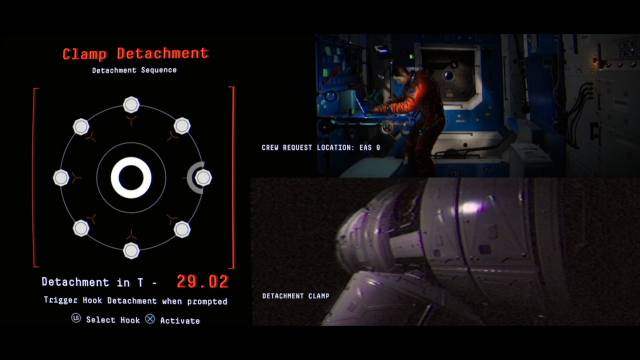 Problem solving on the station: SAM must fire the correct detachment sequence.. 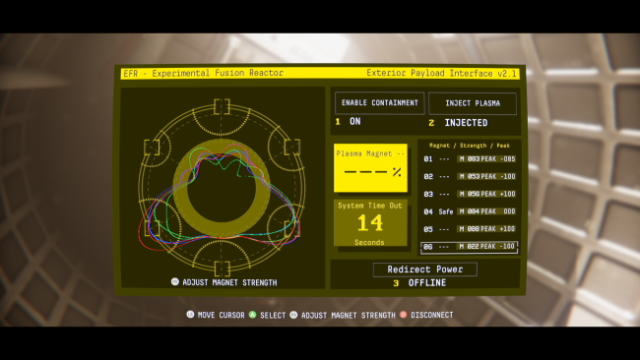 The game follows a series of checkpoints based upon the progression of key objectives; and aside from key cinematics, during each phase SAM has full autonomy within the station and can roam around and explore and interact with many of the computer systems to learn more about the people on board the station. SAM also ventures outside the station with the aid of the drones and progressively unlocks different areas of the station. 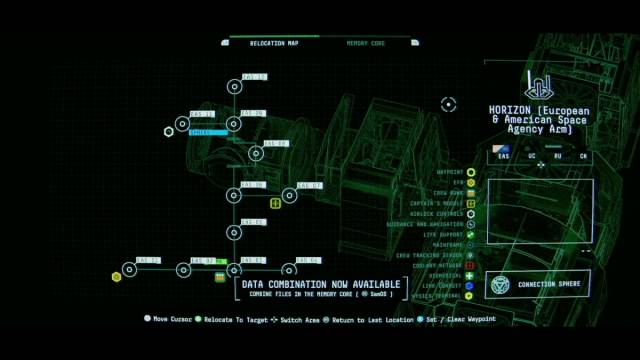 SAM can move from module to module via the map, transitioning from the cameras inside each module.

The graphics and visuals are highly cinematic; in fact it would be fair to suggest that this game could stand on its own alongside animated movie elite as a movie, without game play.

What is striking is the attention to detail of the space station, the ancillary assets and textures and lighting. This game really does show the entire minutia of the detailing of the space suits, the use of laptops and cameras, junctions, hatches, and realistic panels and life support systems that would be expected on a space station.

Detail: The shadowing, lighting, reflections off the helmet, the accuracy of the labeling 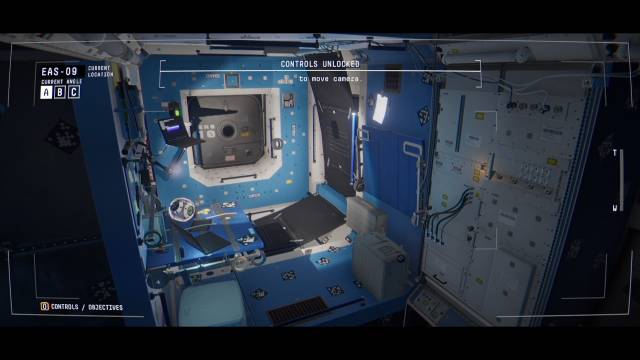 There can be little doubt that the developers took inspiration from the ISS and perhaps some of the newer players in the space and aviation sectors, and spent considerable time on attention to detail, so as to make a fully immersive gaming experience. For this I personally say thank you! 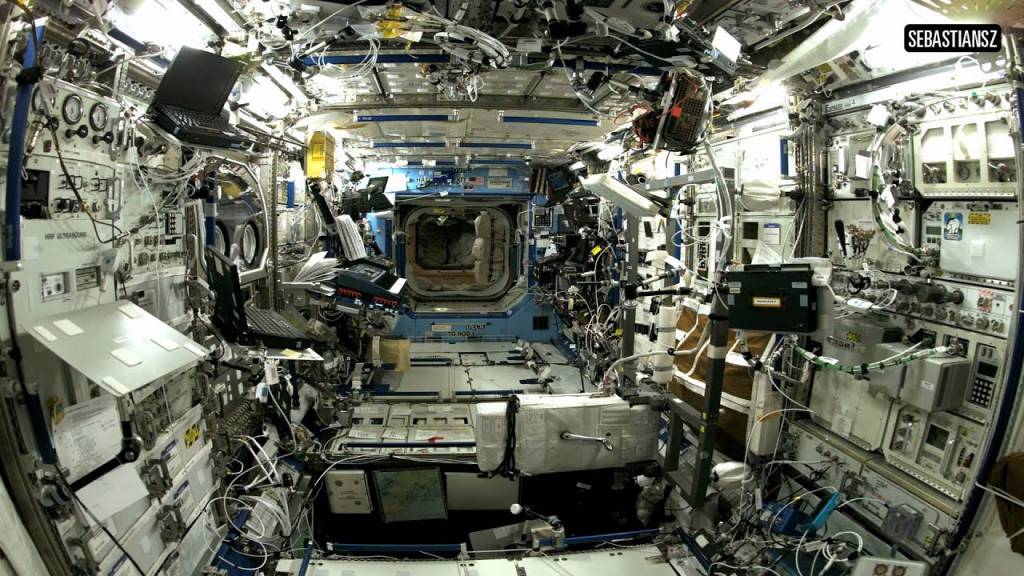 ISS space station: Easy to imagine a future, less ‘busy’ version such as the modules in the game. 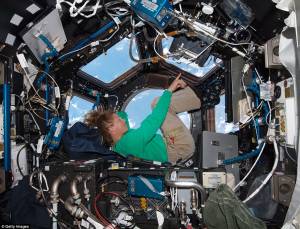 ISS Space station: An almost identical cupola module that features in the game.

The sounds effects in Observation are in a word, outstanding. The sounds of the station, during game play, be it a hatch opening, the orb (drone) jets firing small puffs of air, sounds of panels falling off, or the rickety sound of metal fatigue is all perfectly well done and scary accurate. Where the average gamer may not appreciate, is how the sound travels through the environment of the space station, the changes of the more narrow modules to the open ones, the dynamic reverberation if you smack the drone into the wall or if you open and close a hatch facing or not facing it. When the environment of the station changes towards the latter half of the game, or when power is off to a section the sound dynamic is again different. As to whether this just ‘works’ or if the developers actually spend considerable time ensuring the difference was as realistic as possible – we may not know, but one thing is clear, a surround sound setup would be insane in this game!

In the first 10-20 minutes of playing this game, this reviewer emailed the editor with words such as “OMG”, “This game is INCREDIBLE” and there may have been more exclamation marks than a respectable person should ever use, followed by a strong endorsement to “play this game!” 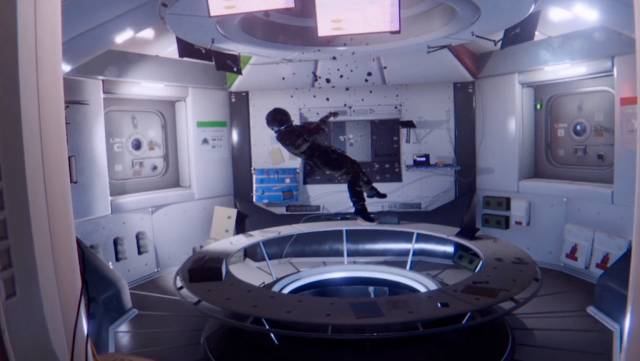 A crew member floating in the core module

Unfortunately, the dramatic and intense excitement was eclipsed completely and painfully by the fact that on PC the WSAD keys that did not cover the entire control mapping for the game. In fact the game is ported rather poorly for the PC and it appears there is simply no way to complete the game  with the keyboard as the directional controls do not exist.

After some research in a few forums, some gamers were suggesting limited success with game pads, and after finding only other bamboozled and disappointed gamers, there was only one regular upvoted solution found; watch the games ending on YouTube.

This is by far incredibly disappointing for predominately two reasons, the first being that it is an ending that you cannot earn and is completely cheapened by watching the experience second hand. The second reason is even more disappointing than the first; the ending was ‘meh’. It was visually good, it was interesting, but it leaves you wondering what the hell is going on, what the hell does it mean and where is the story going from here. Simply put, you are left feeling cheated in every which way.

So this is a perfectly perplexing predicament (sorry), and leaves us in an incredible bind. On one hand the game is brilliantly made and in many ways truly inspired, it is extremely captivating in the first few minutes and is highly immersive and just a bit different than the ordinary. On the other hand, what is a game that can be played with a keyboard right up until the end, but can’t be finished on PC without a multi-directional analog game controller?

The game was released in May 2019 as a port from its PlayStation release, but now 2020 with little to no chatter or acknowledgement of this issue and no update or fix in sight, this review must reflect this situation in the score.

This is a great game overall but it is purely a ‘play-once’ narrative-driven style game and for the story’s sake hopefully there is or will be sequels; but avoid the PC release, play it on the PlayStation.