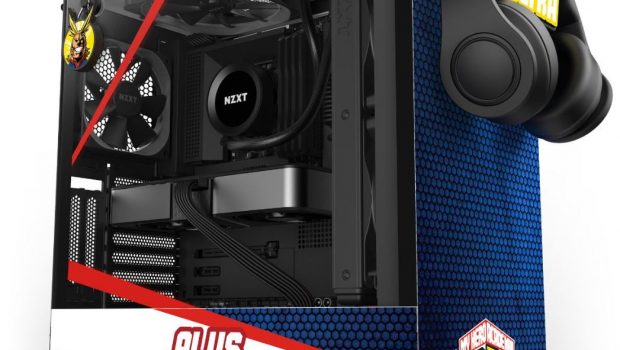 NZXT, a community-driven provider of PC hardware, software, and services, is kicking off an exciting new collaboration. Dive into the world of My Hero Academia, starting with the H510i All Might. This mid-tower case is the first anime-themed entry into NZXT’s CRFT lineup.

Built to stand strong against the most dangerous villains, the H510i All Might is designed to harness the full power of your components inside the build. Celebrate the ultimate #1 hero and turn your gaming PC into the next Symbol of Peace.

About My Hero Academia
In the world of My Hero Academia, 80% of the population is granted superpowers, better known as “Quirks”. All Might – the top hero – chooses a boy with no Quirk, Midoriya, as his successor and shares his Quirk with him after recognising his potential.

CRFT 10 Inspiration
NZXT CRFT celebrates communities and fandom through unique collaborations with the creative minds that create the games, worlds, and stories that we love. For the H510i All Might, we drew inspiration from the captivating story of All Might to bring to life a case that’s steeped in the lore of My Hero Academia.

Features found in the H510i

Australians can also order the case from NZXT’s store directly, and Australian pre-orders will be available at the below retailers from April 21, with limited stock.

Pre-orders in New Zealand will be available at PB Tech from April 21, with limited stock.