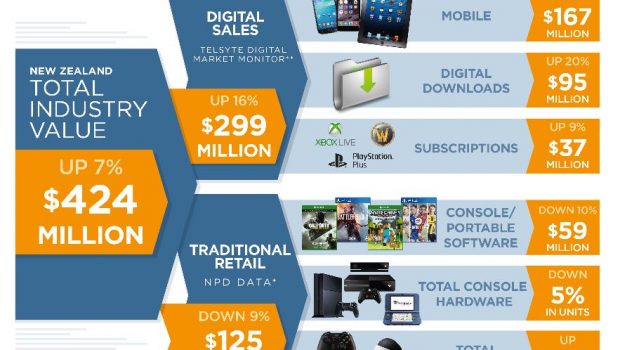 NZ video games industry revenues race ahead to $424M in 2016

Overall, the New Zealand video games industry saw a total of $125 million in traditional retail sales, with an additional $299 million in digital and mobile sales.

According to research commissioned by IGEA from analyst firm Telsyte, digital and mobile sales continued on an upward trajectory in 2016, with 16 per cent growth on 2015 revenues. Mobile games remain the largest revenue source, generating $167 million last year. Downloadable games and downloadable content (DLC) saw the most growth – up 20 per cent and 21 per cent respectively.

“The New Zealand video game industry is in great shape and continues to grow year-on-year,” said Ron Curry, CEO of IGEA. “The data clearly shows an ongoing revolution in the purchasing habits of what is an increasingly digital customer base. Consumers are incredibly engaged with our industry’s products and have embraced new ways to access and play game content, and extend the life of their games, such as virtual and augmented reality and downloadable extras.”

Key highlights from The NPD Group: 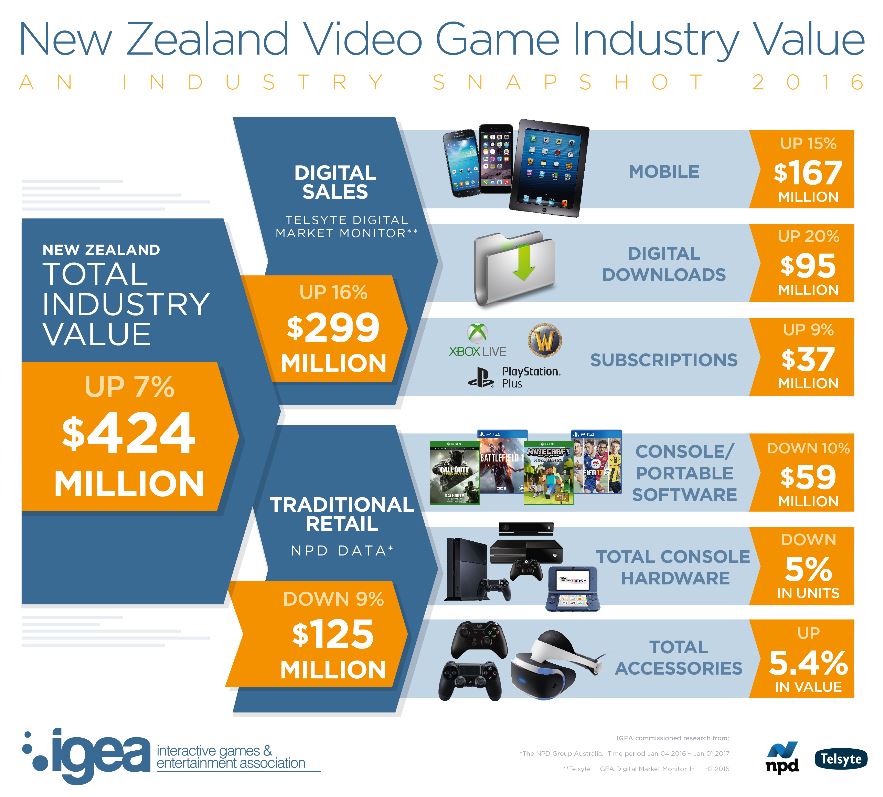