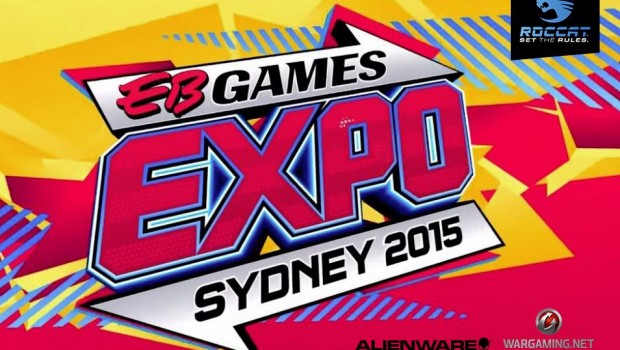 Melbourne, 24 September 2015 – Sydney Showgrounds is once again set to host the biggest world- class names in gaming and technology. Gaming peripheral manufacturer, ROCCAT will be part of the action.

Over 30,000 people are expected to attend EB Expo this year from the 2nd to the 4th of October. Each day the ROCCAT booth will be buzzing with regular shows, games, interactive product displays and competitions to win ROCCAT products. At the booth fans will get their hands on the legendary Nyth, ROCCAT’s new modular MMO gaming mouse being showcased for the very first time in Australia. Fans will have the chance to meet ROCCAT ambassadors including streamer Jenna Baby and professional gamers from Dire Wolves.

ROCCAT has partnered with Alienware to enhance the booth and provide a complete gaming experience for fans. Not only will gamers be able to customise the buttons on the Nyth, they will also be able to change the lighting effects to suit their style and amplify the in-game action. A variety of Alienware products will also be on show including the new range of laptops and desktops.

“We’re thrilled to be working with ROCCAT at this year’s EB Games Expo. We have been in partnership since October, 2014 and will continue to provide gamers with the best purpose built desktops and laptops combined with industry leading keyboards and mice with our accessory partner, ROCCAT.

“We will be showcasing the Alienware 13, 15 and 17 laptops and we hope the general public will be excited to get hands on with them,” said Jeff Morris, General Manager End User Computing Dell Australia and New Zealand.

ROCCAT has also teamed up with Wargaming giving gamers the chance to test out their skills in the massively multiplayer online game World of Tanks. “Wargaming is excited to be partnering with ROCCAT this year.” said Jem Loh, Head of Marketing for Wargaming Asia. “Gamers can expect to play our World of Tanks game on show over the three days.”

Says René Korte, founder and CEO of ROCCAT, “EB Expo is an amazing show. It’s the perfect event to present our latest products and innovations. We’re looking forward to meeting Australian gamers there from casual gamers to the pros.”

ROCCAT products will be sold onsite at the EB Games Megastore at the end of the exhibition hall.

Check out the ROCCAT booth next to Warners Bros.