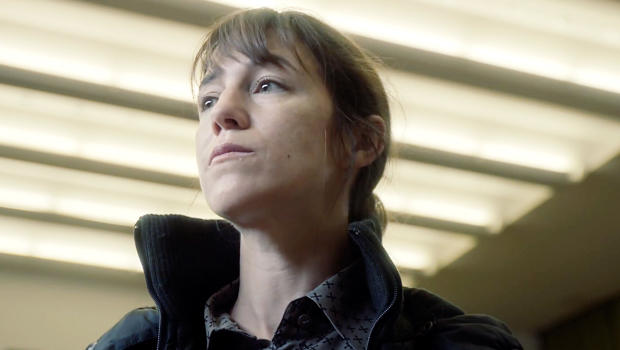 Some people believe Danish filmmaker Lars von Trier is a fascinating and innovative auteur. His detractors, including myself, view him as an aimless provocateur and an attention-seeking misogynist. He treats film as a form of personal therapy. It is a stream of consciousness onto which he imposes his anguished feelings. His family history accounts for his temperamental relationships with actresses and representation of women. On his mother’s deathbed, she told him she had an affair with a man who was his real father. She wanted to give him the creative genes his adopted father could not provide. Lars von Trier has never forgiven her. In Antichrist and Melancholia (which both featured Charlotte Gainsbourg), women were viewed as destructive, violent or mad. In Dancer in the Dark, Icelandic singer Bjork played a mother who was going blind. She vowed never to make another film and said of the director: “He needs a female to provide his work soul. And he envies them and hates them for it. So he has to destroy them during the filming.” There are actresses that enjoy working with the director though. Nymphomaniac is his third film with Gainsbourg. She believes in his self-expression. Yet neither of the two volumes dispel Lars von Trier’s glaring issues as a person or filmmaker.

The script he has written can be viewed in two ways, either as a metaphor for himself being weary of falling in love, or to make things more Freudian, an unflattering view of his mother. It begins with Joe (Gainsbourg) lying in the street, beaten, until she is found and tended to by Seligman (Stellan Skarsgard). He wants to know why she sees herself as a terrible person so she recounts her entire sexual history to him. She recalls how she merely wanted sex and not to fall in love. Yet after her first sexual encounter at age fifteen with Jerome (Shia LaBeouf) her feelings for him became irrepressible, particularly in their later lives. She also undertakes various sexual experiments involving different men and even a teenage girl. From the moment Lars von Trier announced at the infamous Melancholia press conference in Cannes that he was making a pornographic film, it should have been apparent that this would be an exercise in “cringe cinema”. The writing isn’t strong enough to justify the explicitness of the sexual material. Spread over two films, totalling four hours in length, it is a poorly realised narrative, often disjointed and incoherent. It relies too heavily on visibly weak story constructs and coincidences and tries to paper over them by being self-referential. The framing device used to introduce us to the different chapters is highly contrived, unless you believe someone would recollect their entire life to a stranger. 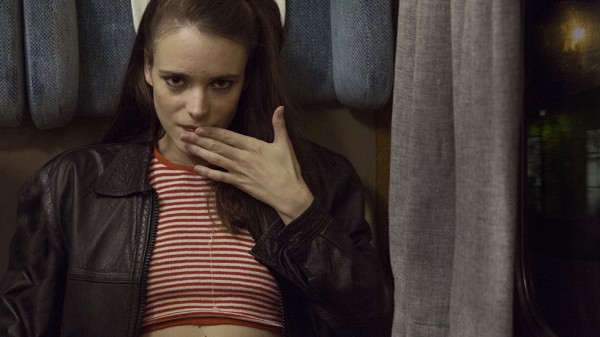 The episodes that follow Joe’s introduction range from being offensive to implausible. Some are surprisingly funny too but are the laughs intentional? The chapter I particularly disliked was when Joe recalls her teenage days. A young Joe (dully played by newcomer Stacy Martin) and her friend dress up in what they call “f*** me clothes” and have a contest on a train to see how many men they can seduce for a bag of sweets. It reflects how inaccurately Lars von Trier observes young behaviour and how denigrating he is to women by valuing shock tactics over authenticity. It is also frustrating that on top of silly dialogue (“You can’t tame a lion while blowing your children’s nose”), there are long-winded, pretentious discourses between the episodes referencing shaman mythology (brush up on what an Ash tree means). Most of the second film drags, dwelling on some extremely disturbing material involving sadomasochism and also comments about paedophilia. It feels like von Trier is caught in a game of one-upmanship with himself to make the film edgy rather than logical. I found a lot of the second volume very difficult to sit through. When contrasted with the stunning social realism and accessible philosophy of Blue is the Warmest Colour, which also covered young sexuality, Nymphomaniac is comparatively a juvenile afterthought. 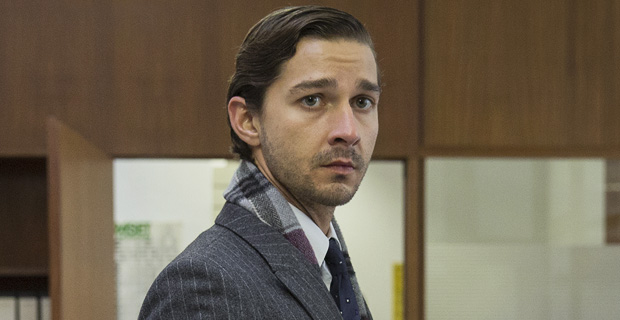 The long running time hasn’t allowed enough time to refine the poor stylistic choices. Unsurprisingly, the sex has received the most attention. Both male and female genitalia are viewed up close using handheld cameras and without cutting away. Real pornographic actors were filmed having actually sex and had their bottom half of their bodies were superimposed onto the professional actors, who simulated the intercourse. Although the starkness is uncomfortable to watch, Lars von Trier isn’t taking it seriously. The film is overloaded with immature visual gimmicks. The phallus isn’t shown in Hollywood films so he includes an entire montage of them. An onscreen score is also superimposed onto the screen while two characters are having sex. What’s his point? As intercourse is verbally compared to everything from classical musical, to fishing and electronic doors, visual intercuts unnecessarily restate the lines of dialogue. The only purpose is to offset the film’s aesthetic banality. The visuals have none of Melancholia’s vibrancy. The colours are generally bland to impose an idea of Joe’s emotional coldness and detachment from relationships. The soundtrack choices are painfully obvious, sometimes hilariously so, like using “Born to be Wild” and “Burning down the House”, while heavy metal music from Rammstein is inappropriately pasted over scenes. True to this shabbiness, the film is both transparent and impenetrable and none of the actors overcome the weak script. The director knows what is going on but only to the benefit of one person.

Summary: The film is both transparent and impenetrable and none of the actors overcome the weak script.