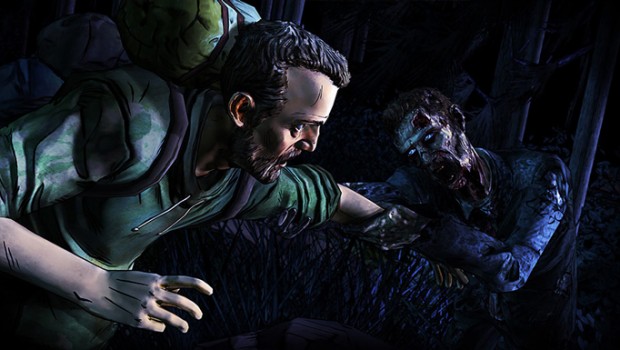 OUT NOW – Game of the Year-Winning The Walking Dead: A Telltale Games Series Now Available on PlayStation 4 and Xbox One

SAN RAFAEL, Calif., Oct 21st, 2014 — Leading publisher of digital entertainment Telltale Games and Robert Kirkman, the Eisner Award-winning creator and writer of The Walking Dead for his Skybound imprint at Image Comics, today announced the release of The Walking Dead: The Complete First Season – A Telltale Games Series, as well as The Walking Dead: Season Two – A Telltale Games Series; both available now in stores at retail and for download on PlayStation 4 and Xbox One for the first time in North America, and available in Europe on October 31st. Retail editions will also be available for the first time on Xbox 360 and PlayStation 3.

“Since the series premiere in 2012, the team has been incredibly proud to continue breaking new ground in the art of interactive drama as part of Robert Kirkman’s award-winning universe,” said Kevin Bruner, President and Co-Founder at Telltale Games. “Now available on over six thousand devices from console to mobile, the Xbox One and PlayStation 4 formats usher in an even greater reach for Telltale, and we’re excited to be preparing players across the world for a thrilling third season that’s yet to come.”

To date the series has sold more than 39 million episodes worldwide, with its first season earning more than 90 Game of the Year awards from outlets including Metacritic, USA Today, Wired, Spike TV VGAs, Yahoo!, The Telegraph, Mashable, Polygon, Destructoid and GamesRadar, and also the recipient of two BAFTA Video Games Awards for Best Story and Best Mobile Game.

The second season finale was met with critical praise in the press, with IGN.com awarding the episode an Editor’s Choice 9.5 out of 10 rating, calling it “provocative, painful, and unforgettable,” saying, “This is perhaps the most heartbreaking and tense episode of anything Telltale has ever made. How Clementine braces for the impact of everything in front of her is up to you — and where that takes her left me in awe.”  Nerdist.com also gave the finale a Perfect 5 out of 5 Score, saying, “Grisly, gripping, but never gratuitous – Season 2 of The Walking Dead was one of the best gaming experiences I’ve had in quite some time, and No Going Back is a real mic drop moment for the series.”