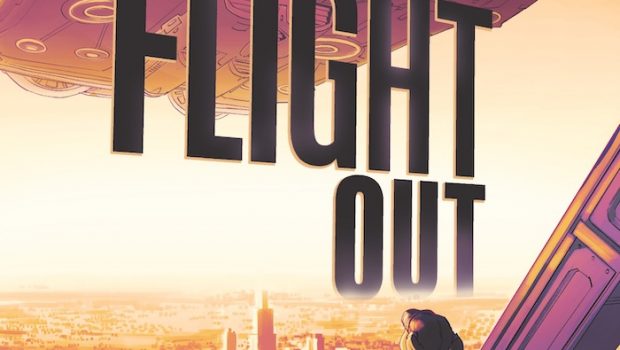 Now Boarding The LAST FLIGHT OUT

Marc Guggenheim (Arrow, X-Men) and Eduardo Ferigato (Self/Made) alongside colorist Marcelo Costa (Radiant Black) and designer/letterer Diego Sanches tell the story of an absentee father trying to make amends with his daughter during the end of the world in the upcoming miniseries thriller Last Flight Out. 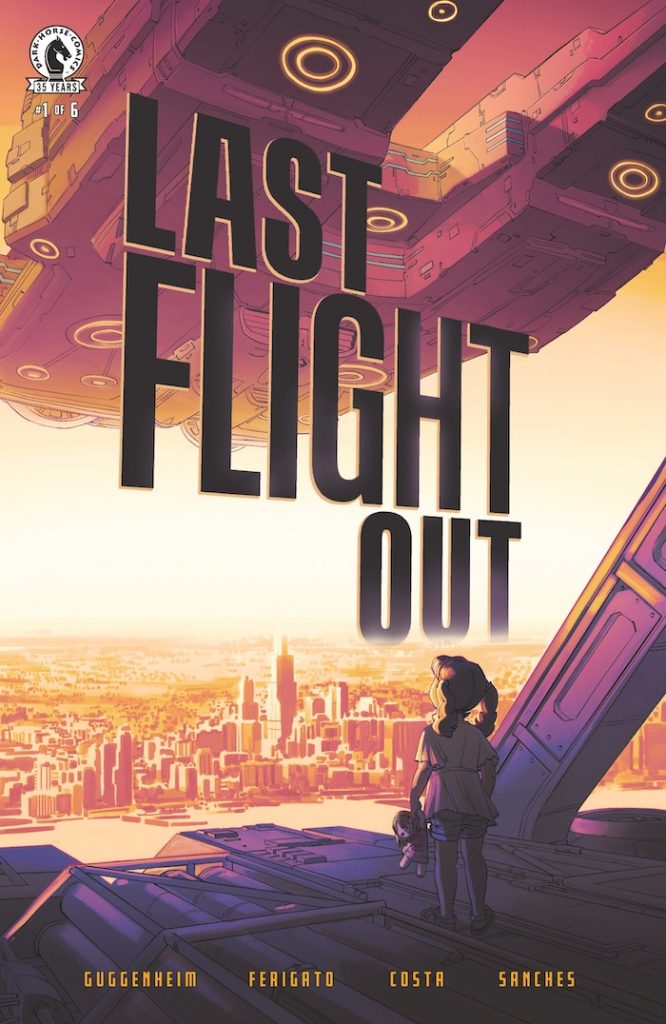 With Earth rendered uninhabitable, humanity has chosen to evacuate to the stars. However, with just 24 hours left until the last ark leaves forever, its designer’s estranged daughter goes missing. Can he find her before time runs out and repair the relationship before it’s too late? Family, fatherhood, and the hunt for forgiveness shape this thrilling apocalyptic tale.

“The idea of a story about a father trying to reconnect with his daughter during the end of the world has been burning a hole in my notebook for several years now. Fortunately, the pandemic gave me the time to finally write this story and I’m indebted to Kyle Higgins for introducing me to the superlative Eduardo Ferigato and to Dark Horse for so enthusiastically embracing this project.”—Marc Guggenheim

“Very proud to be working with Marc Guggenheim on creating this epic and yet very intimate story about a father, a daughter, and the end of the world. Every issue brings a new challenge for me as an artist. Can’t wait for readers to embark on this journey with us.”—Eduardo Ferigato

Last Flight Out #1 (of four) arrives September 1, 2021, and is available for pre-order now through your local comic shop