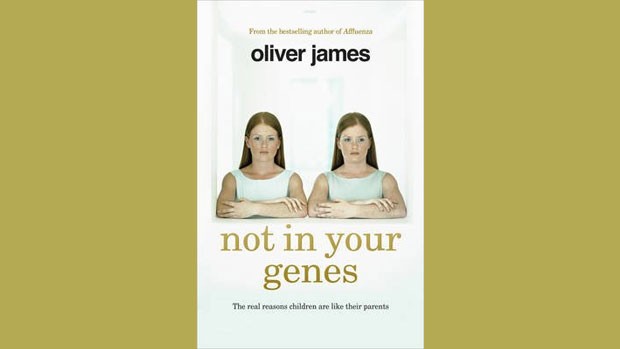 Not in Your Genes Book Review (Oliver James)

Summary: Not in Your Genes Book is a very powerful book by Oliver James that will question who we are and how to better ourselves

Acclaimed psychologist, broadcaster and writer, James Oliver delivers another one of his gripping and thoroughly engaging books with Not In Your Genes: The real reasons children are like their parents that focuses upon nurture opposed to nature in what makes us who we are. There are a variety of camps in what people believe makes us who we are but Oliver dismisses many of these myths. Is it nature where our personality is predetermined or is nurture such as parents, friends and the people around us who makes us who make us who we are? Or is it a combination?

This is where Not In Your Genes comes into play as Oliver delves into the human psych and delivers a very thought provoking and engaging book that is not only well presented but reads quite well. Furthermore and given the increased number of IVF procedures such as embryo, egg or sperm donation, not to mention adoption or even extended families, this book will definitely resonate with those people. Also, Oliver states that the majority of psychological differences is linked to our upbringing and environment, however he does note that some diseases are linked to genetics but this is quite small.

Another main theme in this book is that our environment shapes who we are that includes our role in the family and society. He even touches upon why traits can run through families that also includes the Offspring Stockholm Syndrome of why some of us are loyal to maltreating parents. More importantly, James raises a very powerful point of the Human Genome Project and goes on to question the reader why genes do not explain why people are rich or that genes do not explain mental illness. Sure, it’s quite a bold statement about mental illness, considering that most think it is hereditary but I do concur with the author.

The book is also split into seven chapters that include;

The book is also contains a conclusion entitled “It’s the Environment, Stupid” plus four appendixes that give additional facts towards this book such as “Twin Studies: A Discredited Method” and “The Perils of Geneticism: The Advantages of Believing in a Flexible Psychology”. Oliver also sets the scene of the book with his introductory chapter as he discloses part of his life, including his reasoning to writing this book and like all good scholars, includes case studies to support his argument.

I found Not In Your Genes: The real reasons children are like their parents an amazing read that really challenges the nature vs nurture debate and writer Oliver James successfully draws the reader into this debate with his scientific evidence with three powerful messages at the end of his conclusion that allow us to change for the better and not fall back on the old analogy that we are ruled by our genes but rather our environment which is a very positive message in itself. 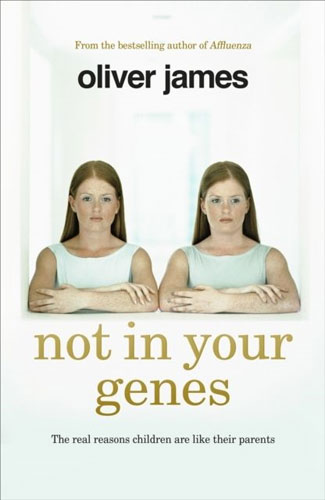