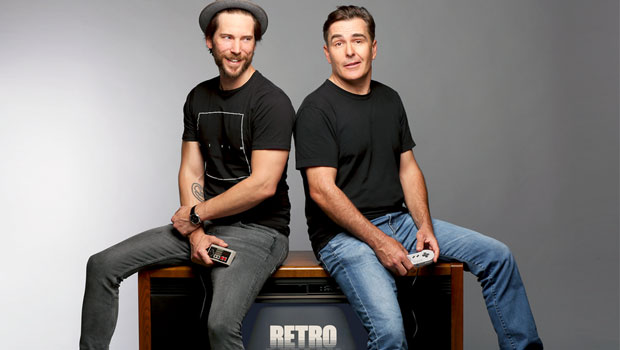 Welcome back to Australia guys and for the uninitiated, how would you explain your gaming show, Retro Replay which you are also doing a live show at Supanova Melbourne and the Gold Coast. 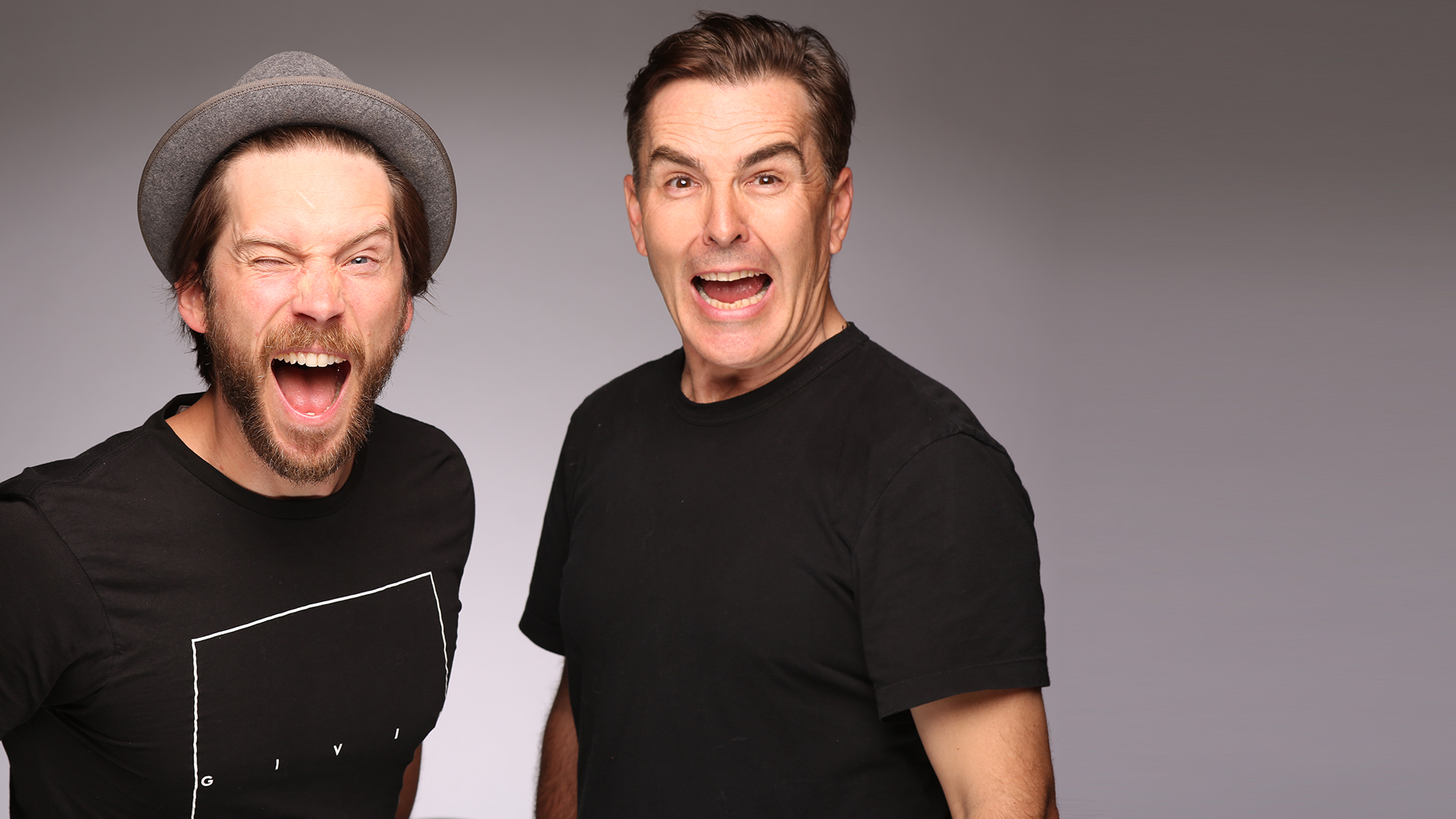 You’re both dads, albeit at different stages in life with Troy about to level-up from Diaper Dad, how do you find time for gaming?

Nolan: That’s why we had to make it our job! <Laugh> My youngest is about to turn 16 years old and the other one is 19 years old and only now have I decided that I’m going to venture into games. Even so, there’s very little time but again, we figured it out and decided to make it our job and go play video games together. So yes, that’s not always coffee in the coffee cup but don’t you worry about that, we’re working and we’re not as dumb as we look! <Laugh>

Troy: It’s really hard leaving my family again for two weeks and being able to travel around the world and meet the gaming community face to face is an amazing experience. Not only do we share stories together but they tell us what we mean to them and they are really grateful for what we do. This makes the time away really worth it and like Nolan said, it’s our job now.

IMDB has rumoured you guys to be in Mortal Kombat 11?

Nolan: What rumours? We’ve done voices in other Mortal Kombat games before and they’re going to decide if we are cool enough to be part of the new game or not. 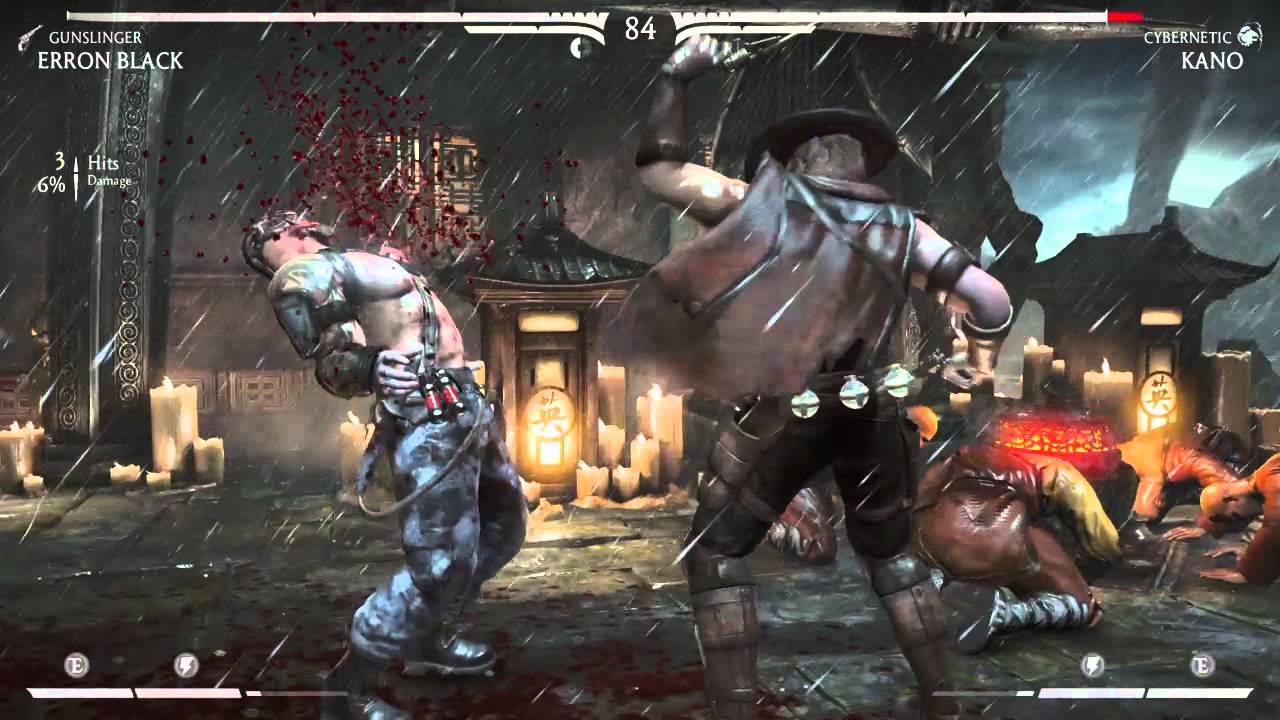 Okay, I won’t ask what your favourite lines are then but what about Batman vs Teenage Mutant Ninja Turtles Troy? You’re doing BOTH Batman and the Joker?

Troy: Dude I’m freaking out! I had to keep that under my hat for a year bro! Warner Bros was kind enough or stupid enough to let me both don the cowl and play the Clown Prince of Crime and I’ve seen the game and it’s so good! I get to fight Shredder and that’s all I need to say!

Growing up as a kid of the 90’s, those are two iconic series and because they have combined them together, it’s incredible. I came home every day after school to watch Batman the Animated series and Kevin Conroy to me is not only the best Batman but is the best Bruce Wayne which has helped in my performance. The same thing goes for the Joker and when I first heard Mark Hamill do the Joker, I was like yes, that’s THE JOKER! So I don’t hear the actor in that, I just hear the character so I think people will hear me tipping my hat to both those actors.

Let’s talk about Supanova! So what can we expect?

Nolan: Expect the unexpected! <Laugh> You can expect a game, a lot of audience interaction, stories and … dancing showgirls and a bear on a bicycle. It’s really hard traveling with them!

Nolan: The great thing is that you never really know what’s going to happen on any given time which makes it interesting for the audience and us. It keeps it fresh and as every crowd is different, every show is different. One thing that we always lean on is the idea that we have a community and we’re going to have some of that community around us and we want them to enjoy themselves as much as we’re enjoying entertaining then. We’ve got some great stuff in store for the shows in Melbourne and the Gold Coast. 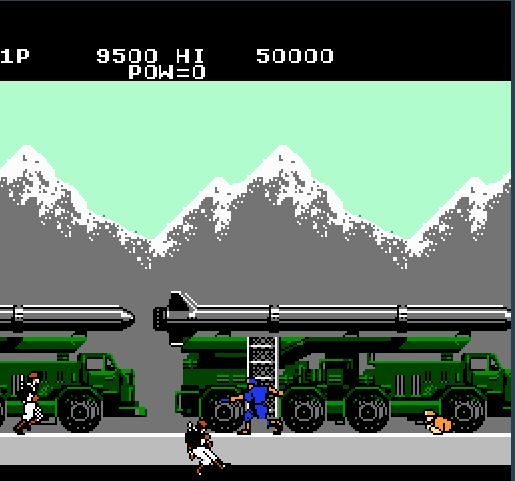 So yeah, we’ll play a game… most likely poorly, we’ll take some questions and maybe we will write a musical number, who knows? <Laugh> anything can happen, so expect the unexpected… I was kidding about the bear though! But what’s so special about the live show is that it’s like a trapeze act with no net and the great thing that you can fall on your face and it’s still entertaining so pressure <laugh>. 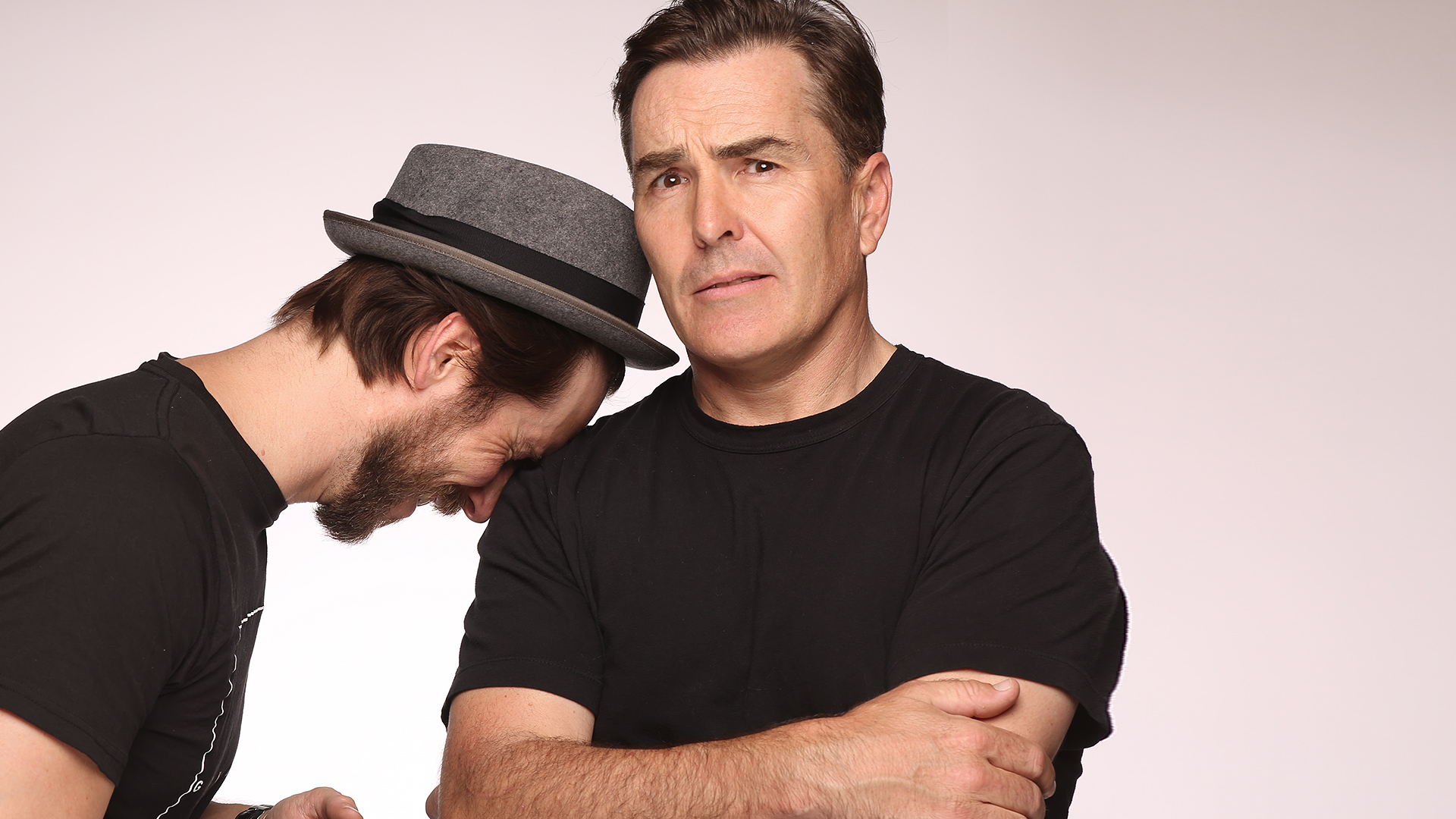 We might be able to arrange a Koala Bear as a cameo?

Troy: I heard they [koalas] all have Chlamydia. <Laugh>

Speaking of cameos, will Uncle Noly be there?

Nolan: Uncle Noly will be there if you bring that bear with the clap! <Laugh> If there’s koalas, there will be Uncle Noly! <Laugh>\ 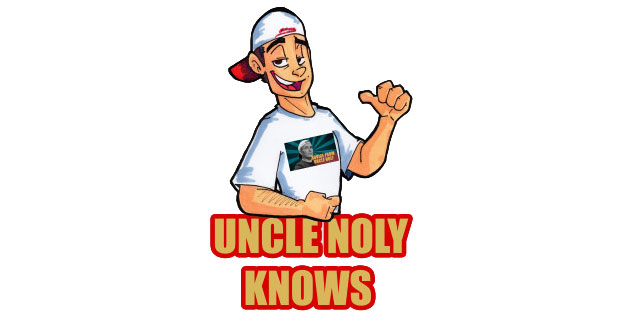 Don’t you worry though Uncle Noly is definitely going to make the trip and it wouldn’t be a show without him.

That’s what fans want to hear! In your shows, you also have those awesome snippets of 80’s and 90’s music but classic films, will we see any of that?

Troy: I have to give major props to Drew [Lewis], our producing partner who’s in charge of putting this together as he cobbles our fever dreamed tangents, including the games that we play into the episodes. He’s always so good at sourcing this material and I can guarantee you that somehow some shitty music of the 90’s will come out during the show, just for you.

What are you most looking forward to bringing the show to Australia this year?

Nolan: I’m most looking forward to the energy that only a live crowd can give!

Troy: It’s that palpable feeling of not knowing what might happen because there are things that are out of your control, especially with audience participation.

Nolan: You never know when an audience member will shout something or a baby will start crying… well babies always start crying at a live show… it’s that live energy of a crowd as they are the third performer with us.

Troy: We’re not going to say here’s us and present this, this is a collaborative night with all of us which we love.

Nolan: We’ve done live shows in the UK which worked fairly well and we done a test live show here at a small venue to work out the kinks. Fingers crossed we get all the technical equipment to work on the night and if we end up in a tent, we’ll still give the people a good show. 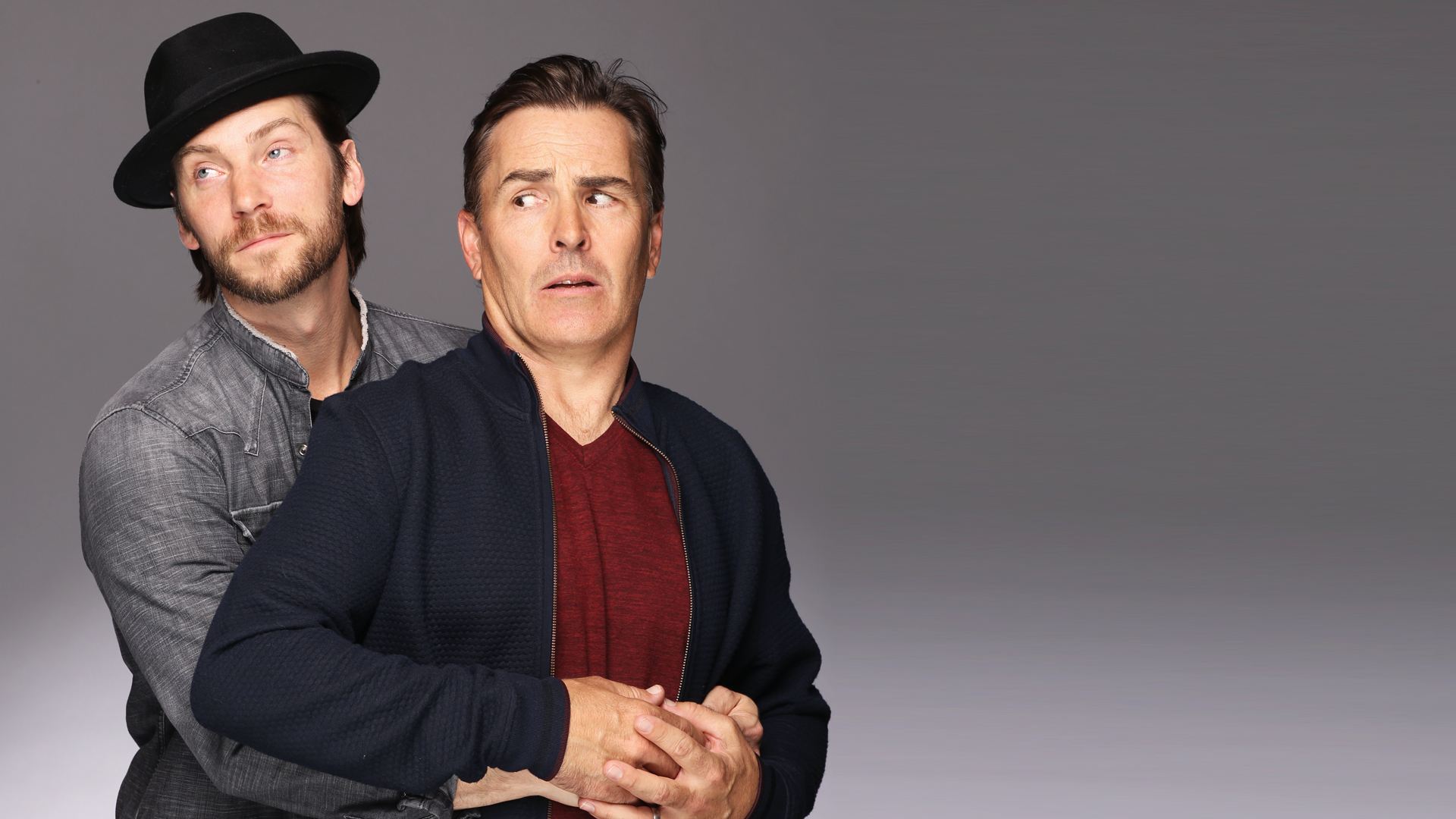 Have you considered playing a modern game like Dark Souls?

Nolan: We have thought about that and Retro Replay is not just a show but a channel and we have some big announcements coming in the next couple of weeks. We’ll actually be down there with you guys when we make these announcements and since Australia is a day ahead, we’re time traveling to give you this news and we can’t wait to share them with you!

Nolan North and Troy Baker will be at Supanova Australia in Melbourne and the Gold Coast next month! For more information, check out https://www.supanova.com.au/add-troy-baker-nolan-norths-retro-replay-list-shows-watch/