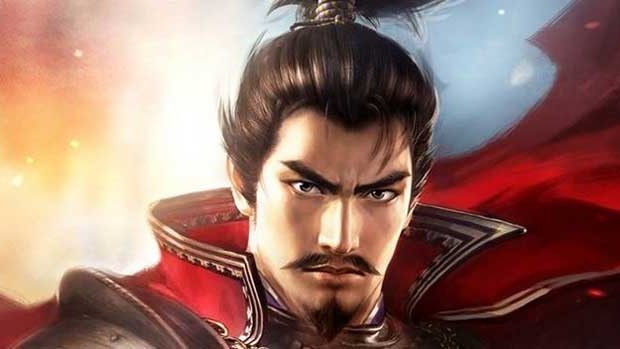 Summary: Nobunaga’s Ambition Sphere of Influence is a PC-like strategy experience on the PlayStation 4 that succeeds on all levels

Welcome to Koei’s latest strategy epic, Nobunaga’s Ambition Sphere of Influence that transforms players into a Daimyo of the Warring States as you attempt to build your empire in Feudal Japan which not only looks amazing on the PlayStation 4 but is easily one of the best console strategy games to date.

However unlike most games before Nobunaga’s Ambition Sphere of Influence, the developers have done an outstanding job at translating the control mechanics of a strategy game onto the PlayStation 4 DualShock Controller which feels very fluid. The game also supports a variety of difficulty levels to cater for those hardcore strategy lovers who want an element of realism. 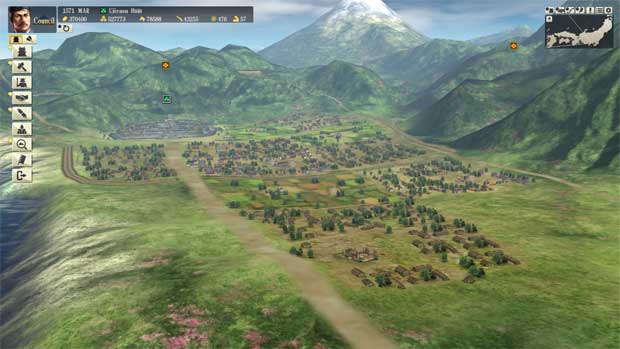 However with all this strategy goodness, players should be warned that this game is no walk in the park because the learning curve is quite steep and the gameplay is quite in-depth which creates a PC-like experience on the PlayStation 4 console.

Thankfully for veterans and newcomers alike, the game contains a strong tutorial which teaches players the mechanics of Nobunaga’s Ambition without it being too complex or too minimalistic. So once you have commenced the campaign mode, players need to start a careful balancing act as you attempt to bring Japan into a golden age with the might of your army. 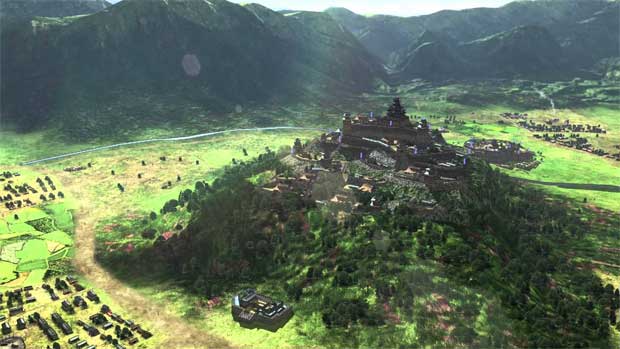 The game also starts off small as you try to manage your small piece of Japan and like other strategy or RTS titles, you need to start building your defences and maximising what is available on your land because other clans would love to own your lands.

Apart from combat which has parallels to the Total War series, Nobunaga’s Ambition also focuses on macro management which requires you to trade with others in the region and uses diplomatic skills in order to fortify your empire, including making allies.

To support your rule, you have access to generals who allow you to expand your reach and as time plays a key role to the game, you need to take into consideration what your enemies and allies are up to which does lead to some difficult decisions as the title progresses. It’s virtual juggling of your AI lands and denizens. 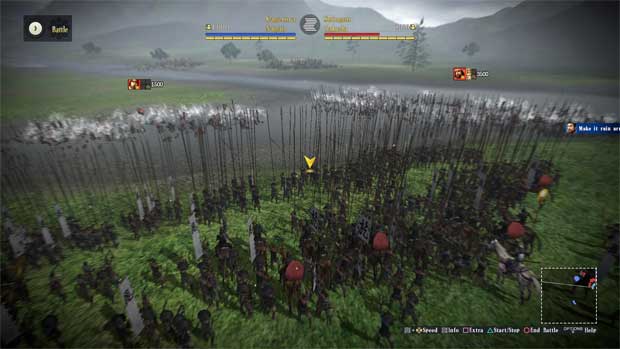 As you calculate your next move for your empire, the cloud of war hangs over your lands and combat is definitely the highlight of this game. Each of your armies is controlled by an officer, however the player can intervene opposed to letting the AI handle these fights. Furthermore, each of your officers has their own pros and cons which adds to how some of the battles may play out.

For the majority I chose to manage my battles but as your empire expands, sometimes you need to give your officers the chance to succeed as you attempt to put out many spot fires in your kingdom. So while I prepared my units for battle, I needed to be aware of my surroundings because placement of your armies does help in achieving the upper hand. 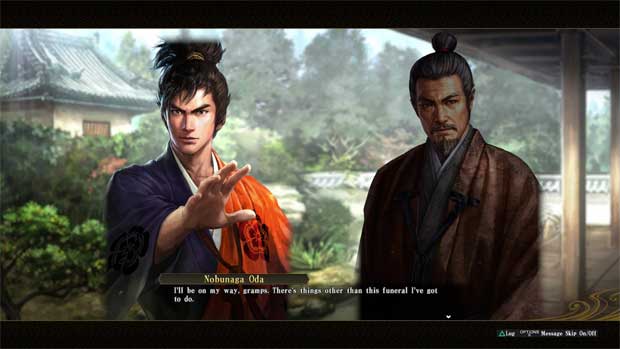 Graphically, Nobunaga’s Ambition Sphere of Influence is a highly detailed game on the PlayStation 4 and given the attention to detail, playing this game on either a large TV or a monitor is recommended, given the small units and text.

Battles are quite detailed that once again harken to games from the Total War series and given the amount of onscreen units, the PlayStation 4 hardware handles this quite well. Audio compliments the graphics and gameplay as does the musical score which definitely channels this majestic atmosphere to the title.

If you’re a fan of strategy games and own a PlayStation 4 then you should check out Nobunaga’s Ambition Sphere of Influence because it successfully creates a PC strategy experience on this console. Sure, the DualShock Controller will never replace a mouse but the developers have fine-tuned the mechanics to create a very compelling game that is not only easy to manage, both on a micro and macro level but it’s quite a good looking game as well.

Recommended to all lovers of strategy and best of all, it could give the gamer hundreds of hours of replay action! 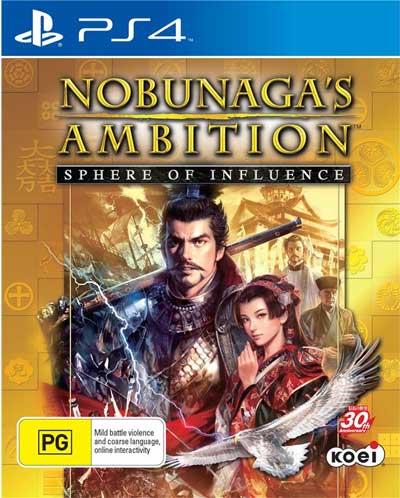