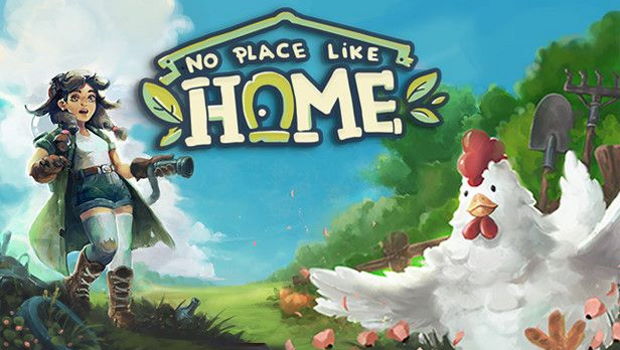 Summary: Clean up the earth and rebuild society in a more harmonious manner.

Gaming these days seems to be filled with first person shooters, beat ’em ups and so on. So it’s nice to find a game that focuses on slowing down, cleaning up and getting back in touch with nature.

No Place Like Home sees you as one of the few inhabitants of Earth who stayed behind while everyone else went off to Mars. The planet is in disarray with rubbish everywhere and pollution causing mayhem, fortunately you are equipped with some tools to help you not only clean up the mess but also to recycle it so you can use it to rebuild your village and make Earth more livable again. 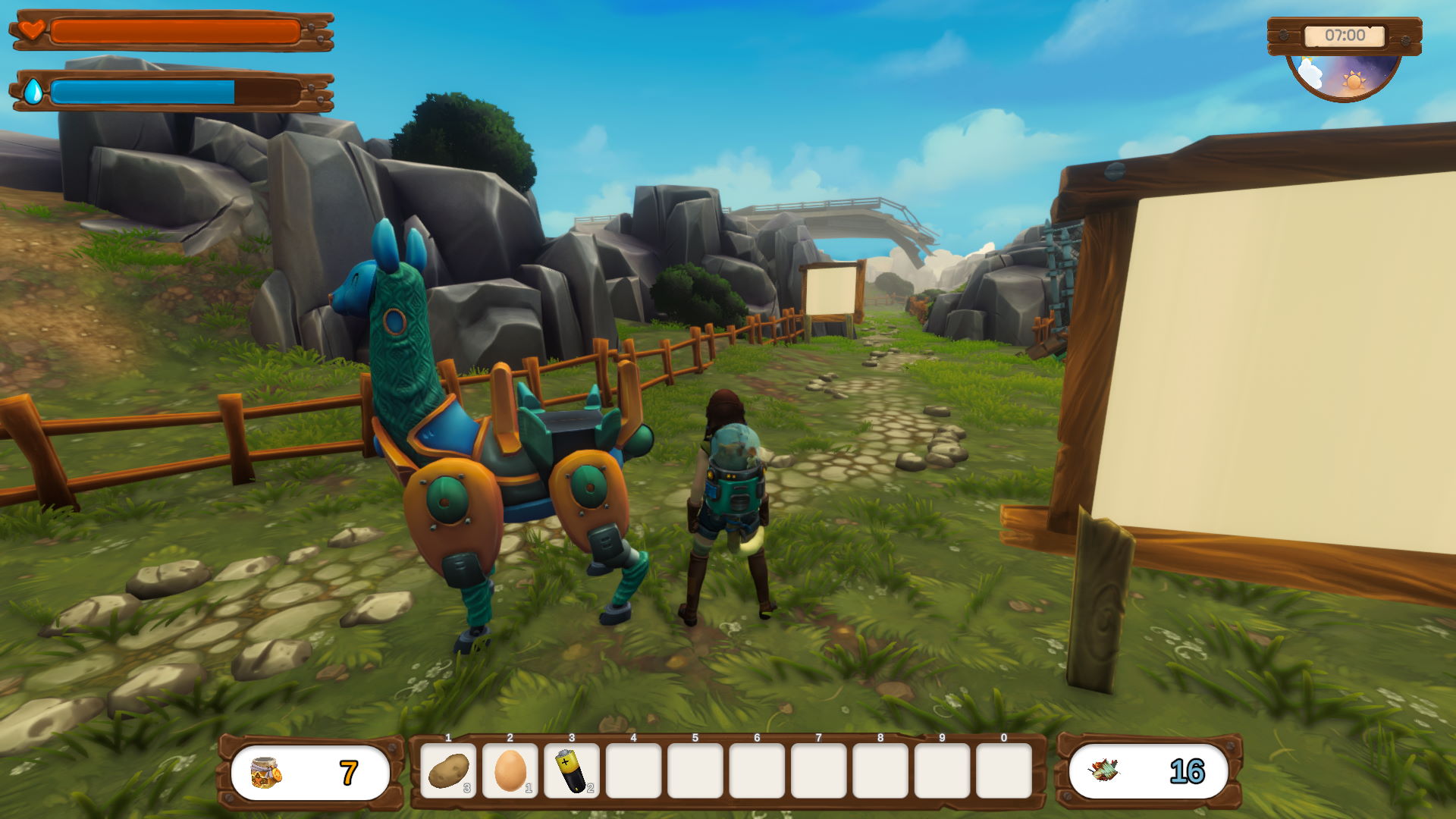 I really enjoyed the quieter pace of No Place Like Home. There’s no need to rush, there’s no real fear of being killed, there is combat but it’s very easy going combat and it’s against robots so the concern of harming humans is taken out of the equation (except for when you get hit yourself I guess). It’s also nice to have a game that focuses on cleaning up the mess we have made and that encourages recycling… notions I hope the players will take and apply to the real world (I suspect many who are drawn to this game already will be doing that). 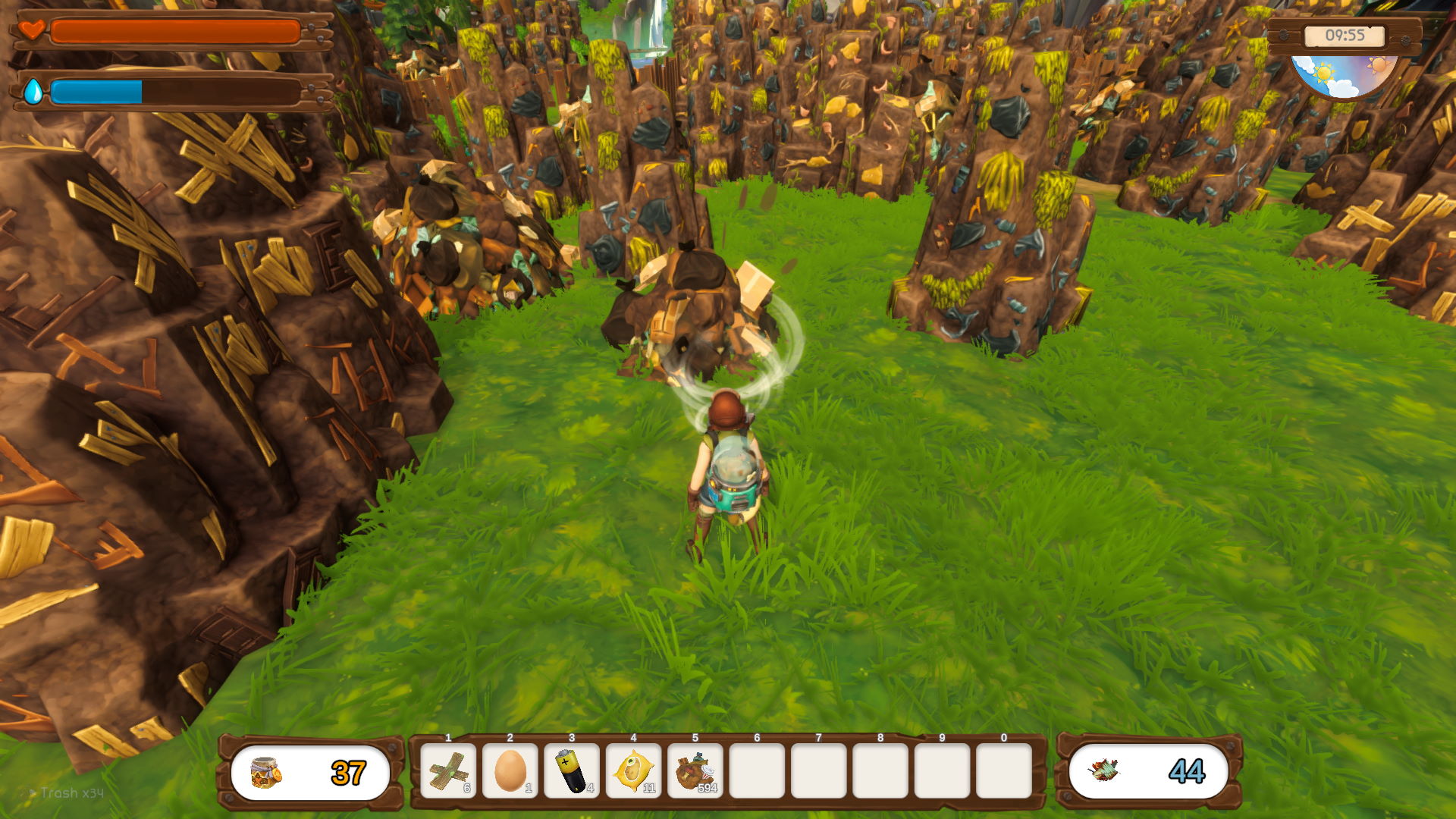 Visually it leans towards the cute, cartoonish aesthetic but this works quite well with the overall theme. There’s quite a lot of charm and a nice touch of whimsy throughout, not least of all exhibited by your first main guide Sir Cornelius… a talking chicken. Sir Cornelius sets you on your path to cleaning the area and hopefully finding out what happened to everyone, including your grandfather. 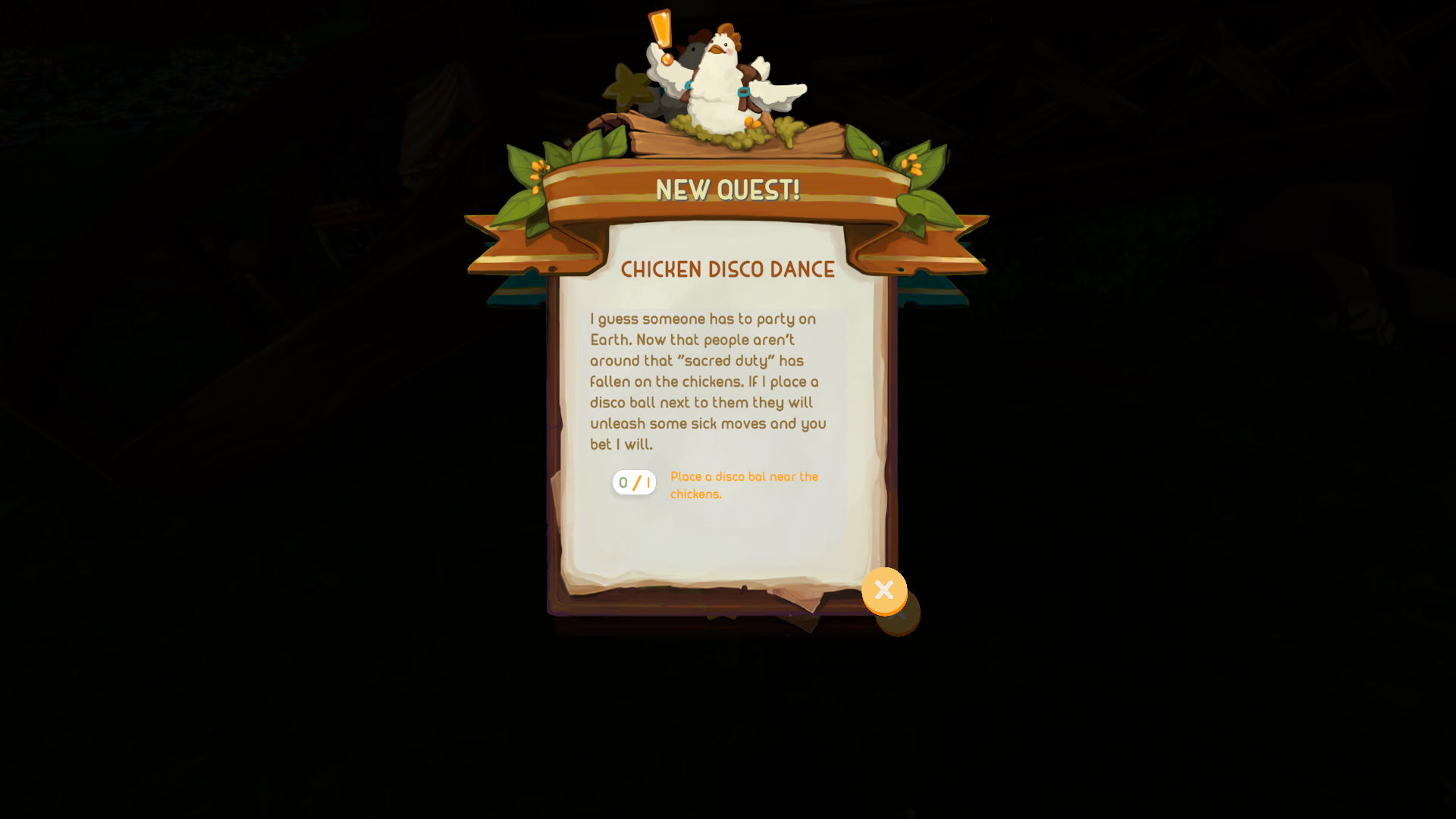 The music and sound effects are also quite peace inducing (well maybe less so the rubbish collector… though I guess if you like the “white noise” of vacuums you may find it relaxing), which further help cement this as a great game to relax with… which I did. The main storyline will send you to the different “zones” around your village and will require you help the locals you find along your way. Finding a new local typically unlocks some new items you can build, most of these items will only become available once you have completed tasks for the residents, such as cleaning up a certain area or looking after the local wildlife. Your “currency” is essentially whatever you can recycle and then also produce from the animals and crops you will be able to start raising. 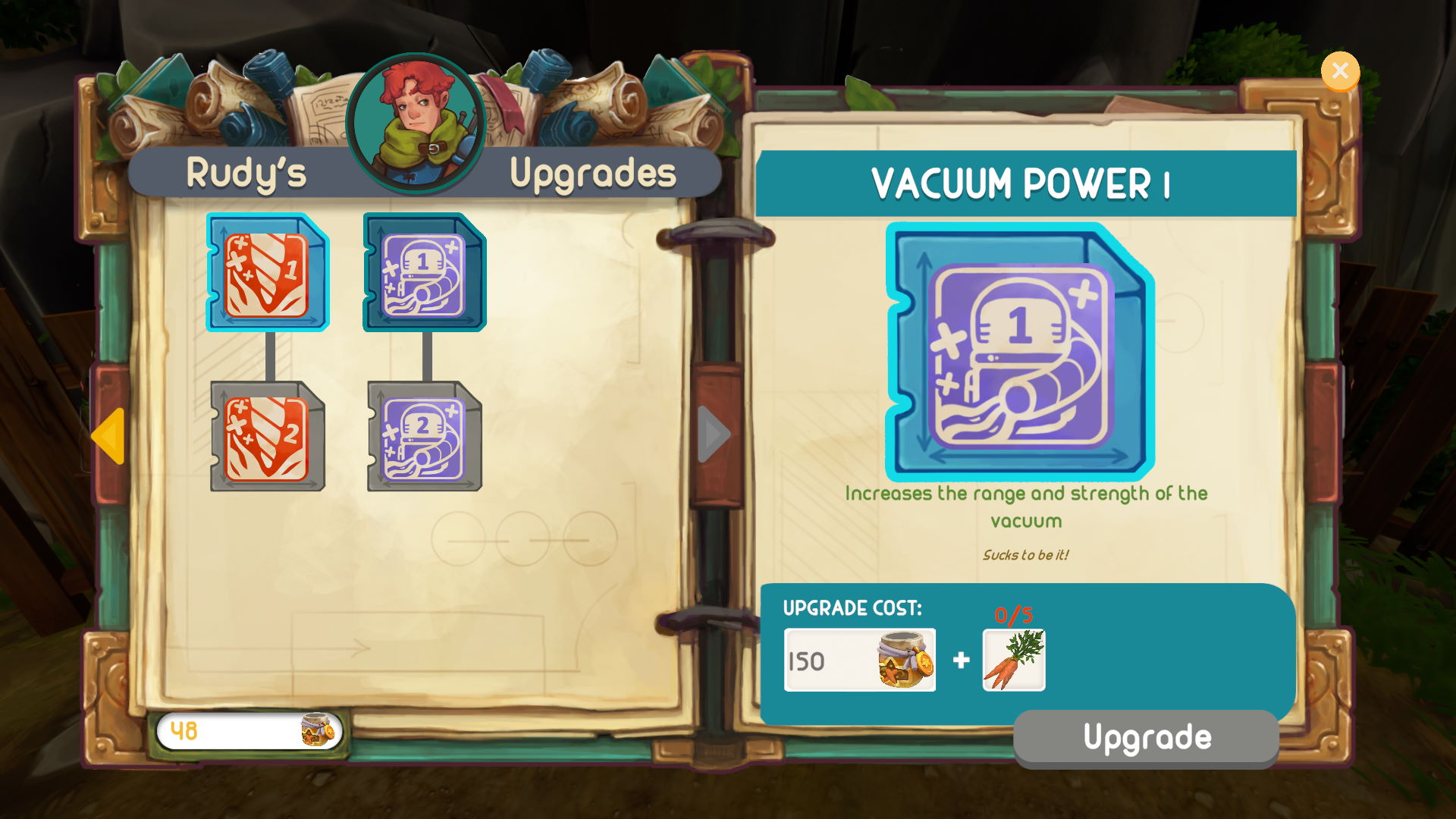 Later in the game things did get a little trickier for me and I may have run into a game bug when it came time to get water to flow into the desert… but the developers are aware of issues and seem to be quite good at putting out patches to sort things out as soon as they can. 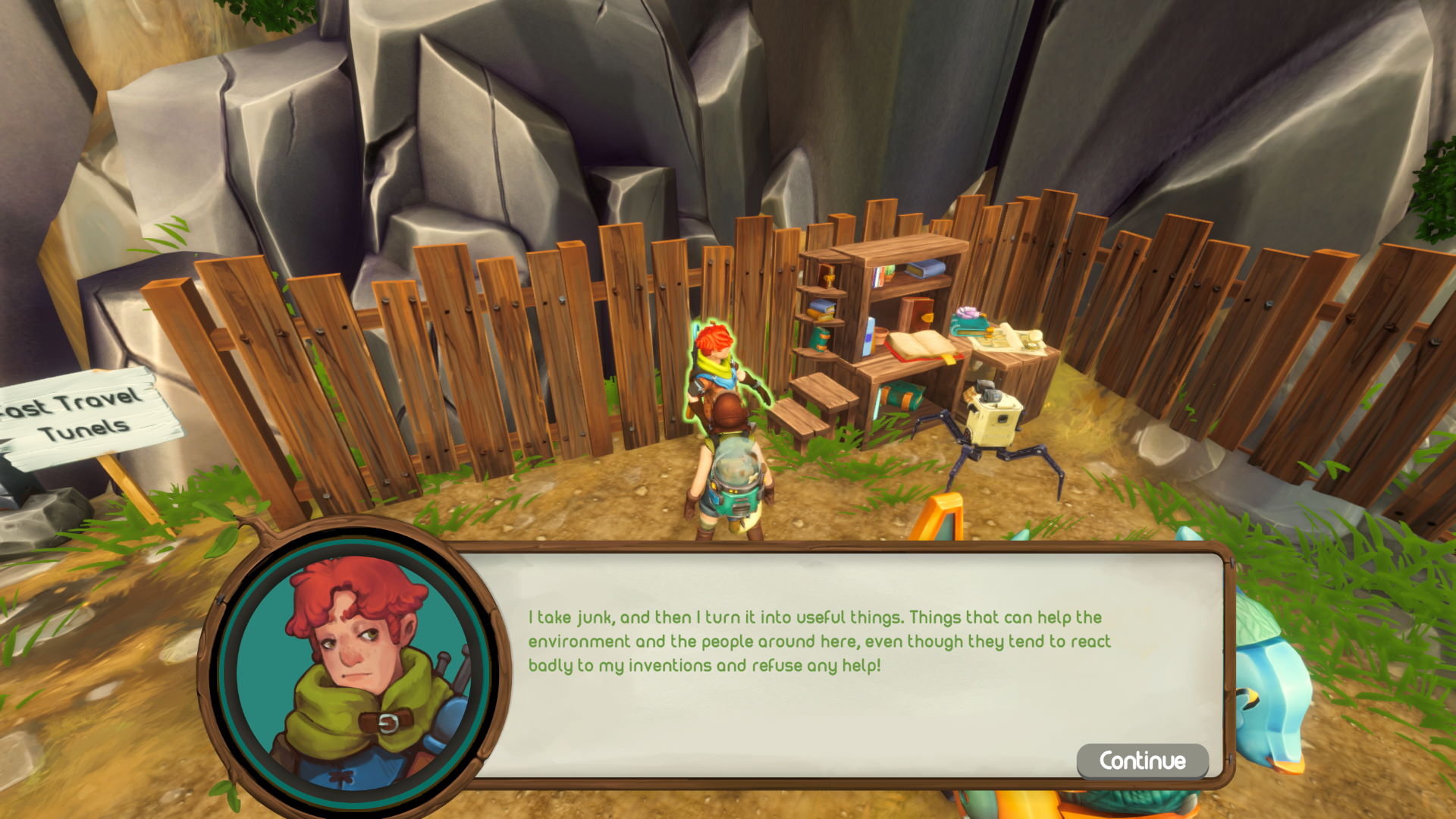 Overall I really liked No Place Like Home… it’s a lovely change of pace from many of the mainstream games being released and it has an ever more important reminder that we really need to take better care of this planet we are on. 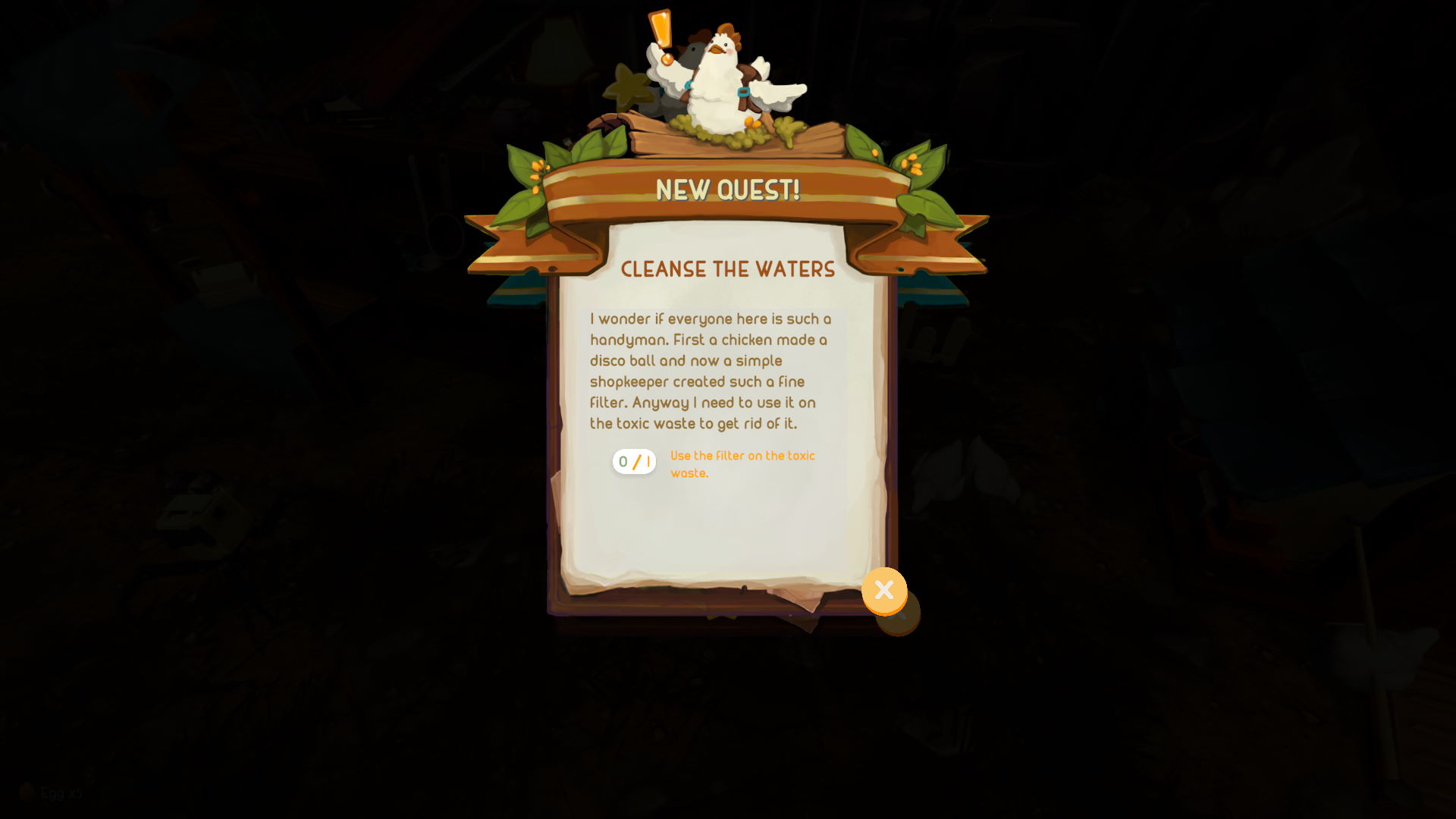 Great for young family members but also for those of us who have been gaming for a while and just want a change of pace. Pretty decent price for what you get too so if it sounds like your kind of thing… grab a copy and relax.