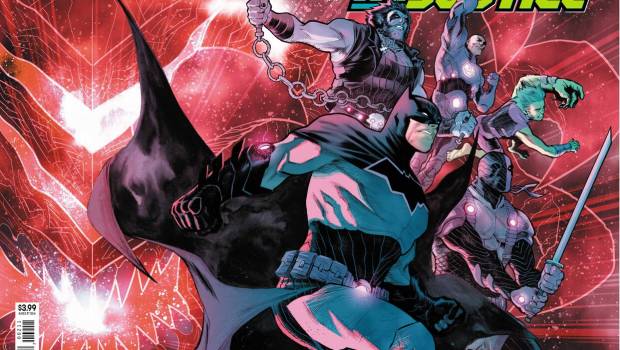 This is the second book in the four-part No Justice series leading into the launch of the new Justice League titles.  In the aftermath of Metal, the Source Wall has come down.  Now our heroes face newer and bigger threats than they ever could have imagined.

The cover features one of the new Justice League teams, named Team Entropy.  Batman, Lobo, Deathstroke, Beast Boy and Lex Luthor form this not so heroic squad.  They are seen leaping into battle on the cover.  The colour of all the characters is muted, with a red light surrounding them all.  They all look determined and focused on some oncoming threat and are well drawn. 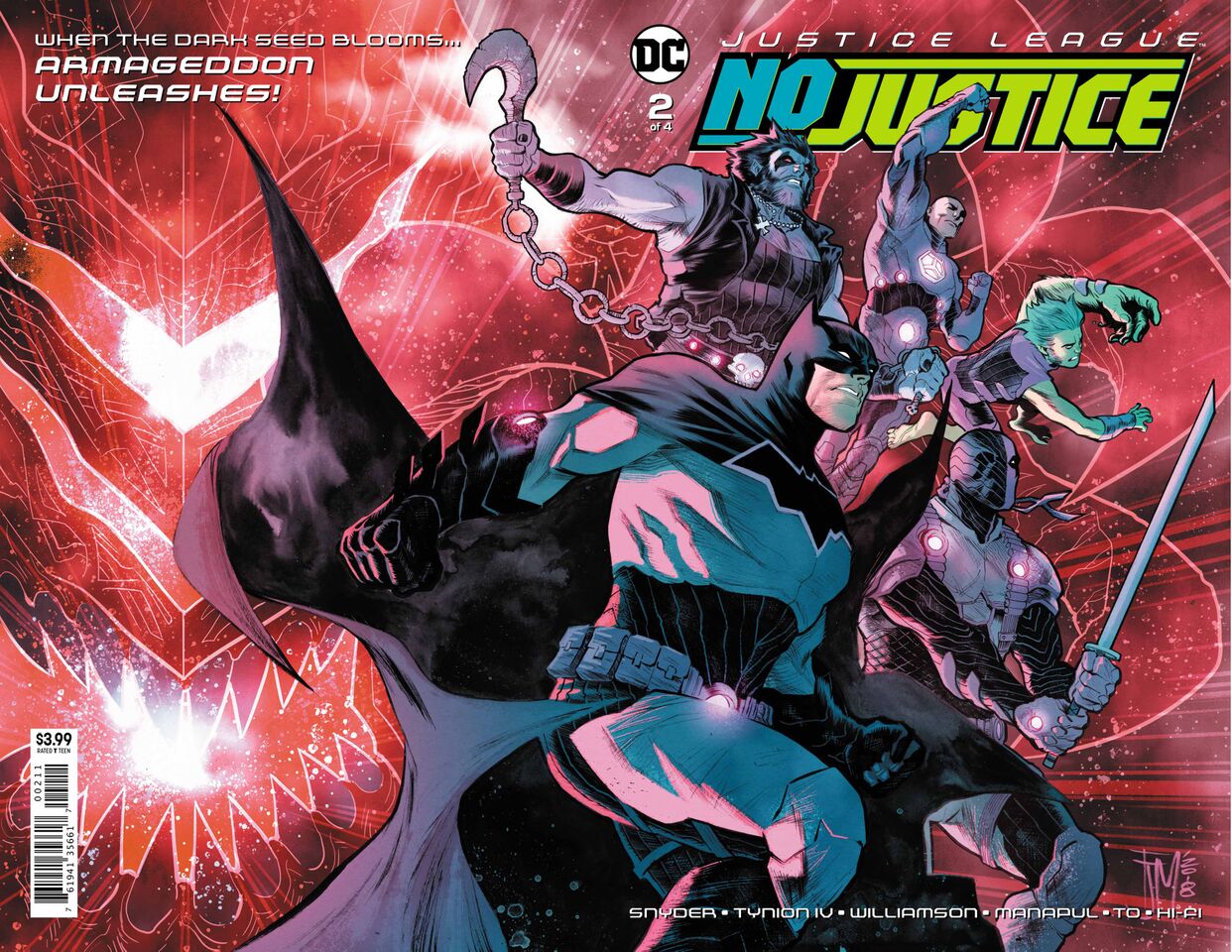 The story alternates between several stages.  On Earth we have Amanda Waller and Green Arrow in the Arctic, and the Justice League teams on the planet Colu.

The first story thread follows the Justice League and their villains on Brainiac’s home planet of Colu.  They were brought there in the previous issue by Brainiac.  Even though he was viewed by Colu as their greatest villain, Brainiac was seeking to save his world from the threats beyond the Source Wall.  The Justice League is trying to undertake the final task Brainiac left for them before dying, namely to re-energize four trees to save the planet. 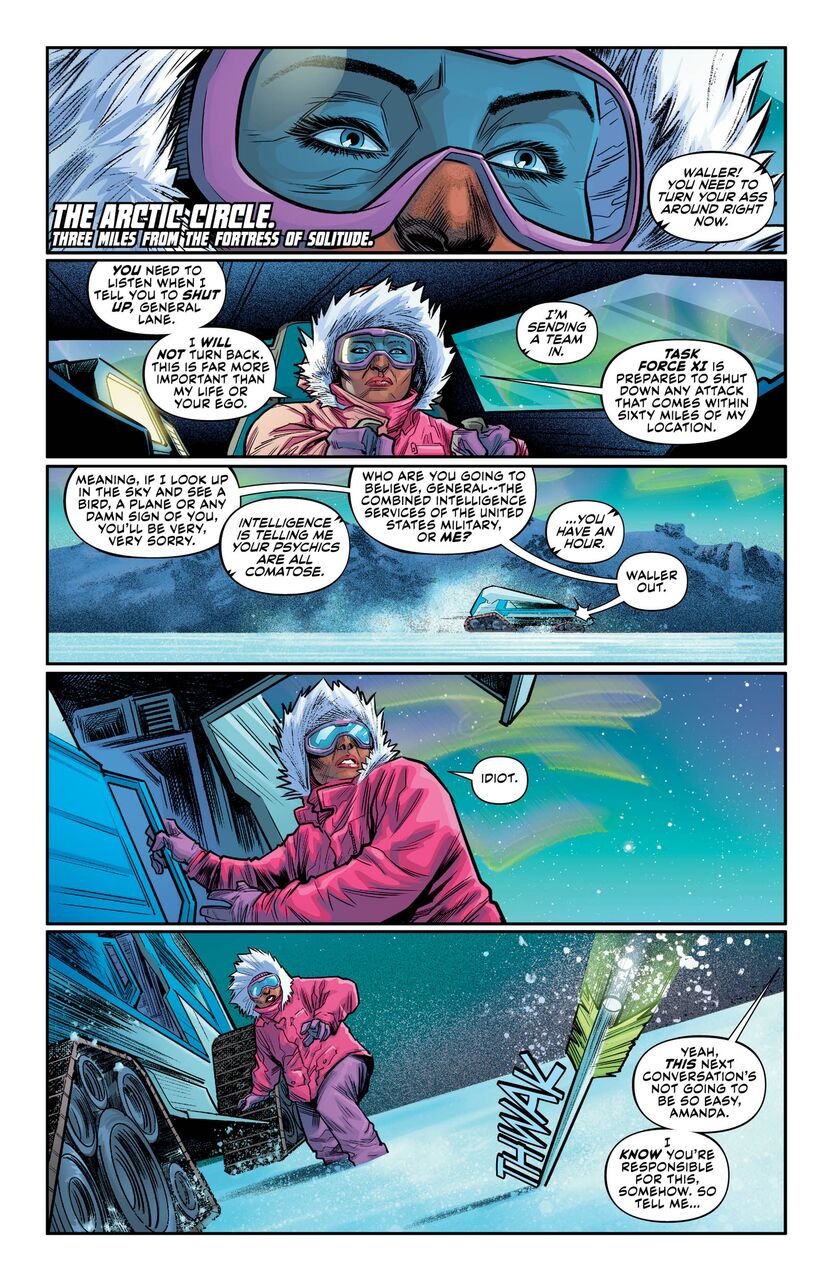 The other story thread follows Amanda Waller and Green Arrow in the Arctic trying to track down the dormant cosmic seed located there.  We learn that she was behind Brainiac’s death last issue, something that will have lasting consequences.  We also learn that other than Green Arrow, the remaining Justice League members have been placed in stasis and are unable to back them up.

The funnest thing about this issue was seeing different combinations of characters working together.  Probably the best example of this was the growing chemistry between Beast Boy and Lobo.  It almost had the feel of Wolverine and Colossus years back in Marvel, without feeling like a blatant rip off.  All told, it was a fun interaction and added to the book.

The art in the book is really good.  The book has a very pressure filled feel.  The threat facing Colu features throughout the book.  First in the giant celestial being threatening the planet.  Secondly in the urgency in the characters faces and mannerisms as they seek to get to the four trees that are the key to repelling this threat.  The art and the story blend together really well to create tension and drive the narrative. 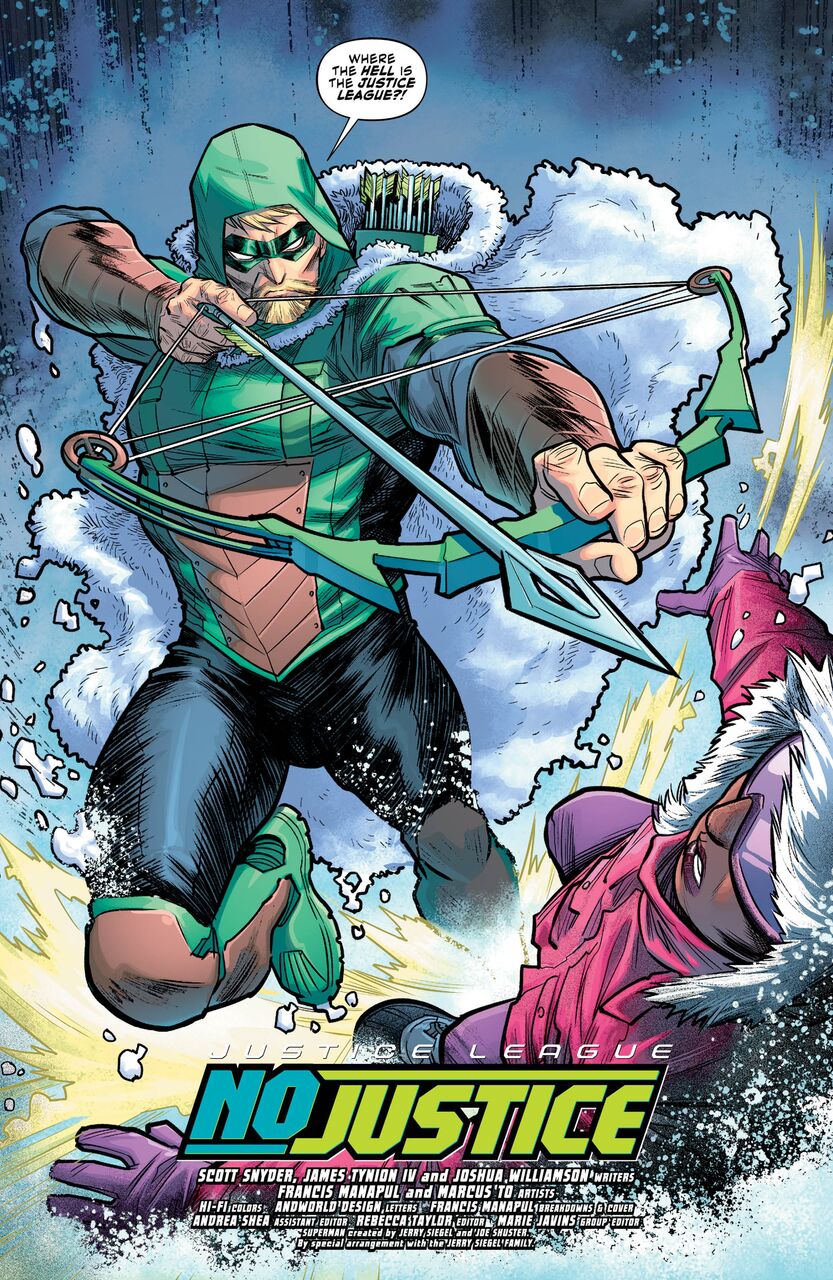 The book is really well paced, and once it gets started it doesn’t slow down.  The action is almost non-stop.  With the story being moved forward by the teams as they communicated what they needed to do to save the planet.  This book is a quick and fun read, and it is literally over before you realize it, with a cliff hanger ending with the appearance of a character from DC’s past.

Overall this is a great installment in the No Justice limited series.  It was a very easy read, and friendly to readers that may have missed the previous issue.  It takes the tension of being trapped on a planet about to be destroyed and instead of creating a gloomy atmosphere, it uses the threat to create urgency, but in a fun way.  The book is really enjoyable from start to finish.  While it does have an underlying threat on a literal cosmic scale, it keeps things focused on the interactions between the different teams.  Which makes for a really fun read and though filled to the brim with characters, it works hard to allow almost all of them an opportunity to shine.

This is a book that is easy to get up to speed with, moves the plot forward, and looks great.  4 out of 5 stars.