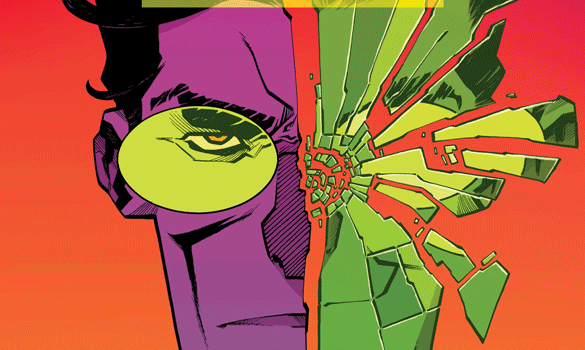 No.1 With A Bullet #4 Comic Book Review

Summary: Issue four delves deeper into the moral conflicts of Jad Davies while Nash struggles with being at rock bottom.

With tensions mounting and the media drawn into a frenzy, Jad addresses allegations head on. Meanwhile, Nash inches closer to the void as stress-related hallucinations creep ever closer in No.1 With A Bullet – written by Jacob Semahn and illustrated by Jorge Carona. 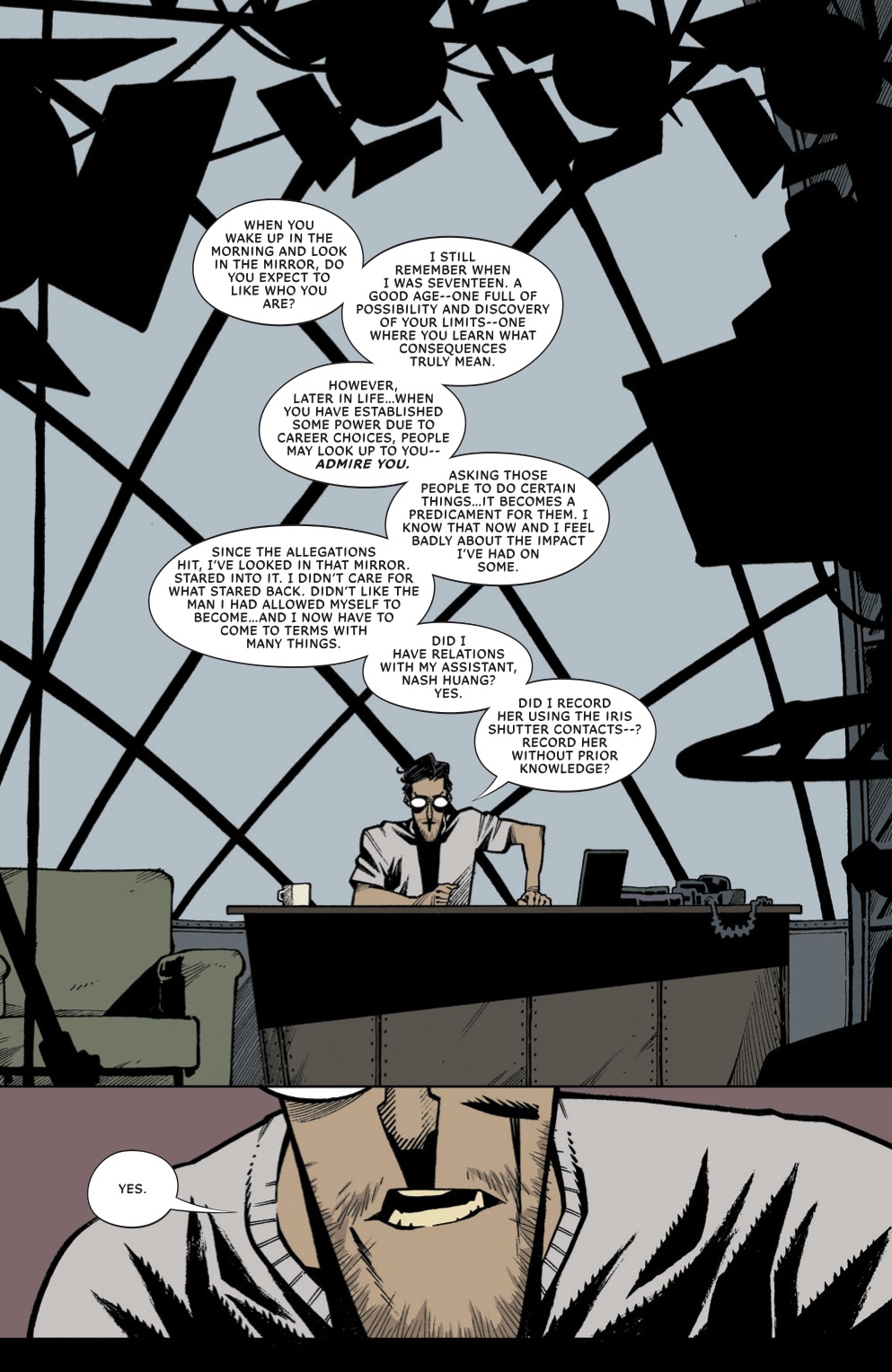 Nash’s reputation is ruined. Even more so now as she sits on the side of the road, handcuffed on Hollywood Boulevard. But why is she having these weird hallucinations? Has she finally lost it? Will her life ever get any better? Only a couple of weeks ago she was in a loving relationship, loving her job, loving life, and now… every one hates her… and it’s all her boss’s fault. But as he gets ready to make a public statement about the sex tape allegations, will he choose to clear her name, or choose to clear his? 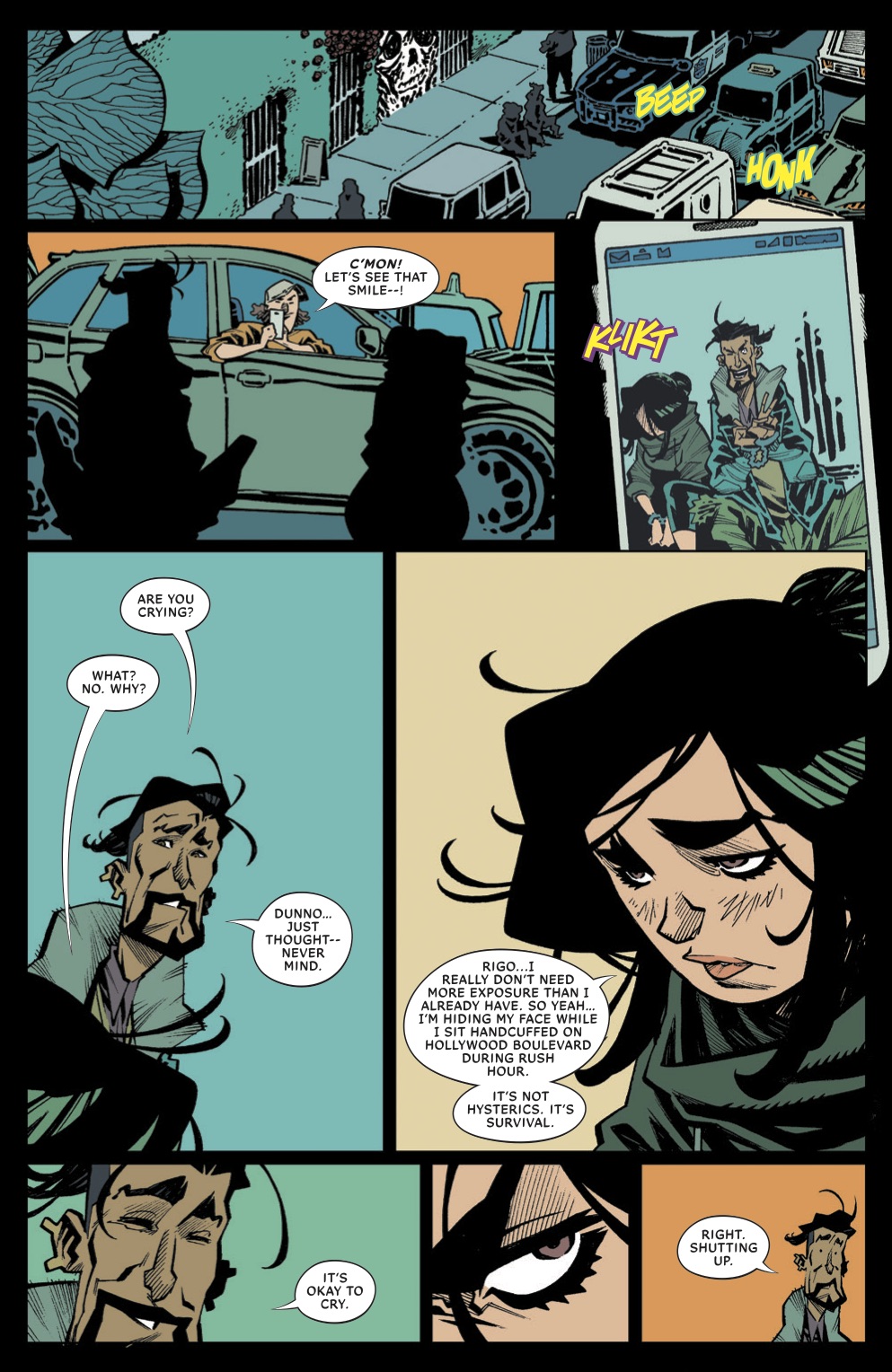 You really feel for Nash and Jad (maybe a little less for Jad) in this issue. Both of them are going through pitfalls, moral decisions, and internal conflicts that make for a really good fourth issue. The story is developing into a suspenseful thriller and you always have the sense that the dangerous stalker is never too far away. But it is the art and colour work that makes this story pop and come to life with the clever use of panel compositions, mundane colours palettes, and cascading word balloons. I especially liked the ‘Dr Jekyll, Mr Hyde’ moment that Jad has when he is wrestling with his inner demons of exposing the truth.

No.1 With A Bullet is unsettling, realistic, and so intriguing that I cannot get enough of it!

Title: No.1 With A Bullet