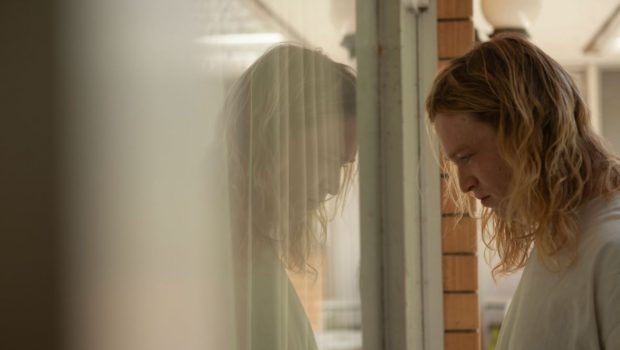 NITRAM depicts the events leading up to one of the darkest chapters in Australian history in an attempt to understand why and how this atrocity occurred. Directed by Justin Kurzel (True History of the Kelly Gang, Snowtown) and written by Shaun Grant (Penguin Bloom, Snowtown), the feature film stars Caleb Landry Jones (Three Billboards Outside Ebbing, Missouri, Get Out), Essie Davis (The Babadook, Game of Thrones), Judy Davis (My Brilliant Career, The Dressmaker) and Anthony LaPaglia (Lantana, Balibo).

In a statement, the filmmakers commented: “NITRAM was written as a response to the proliferation of regular mass shootings across the world and is an exploration of the issues and events that led to this atrocity, rather than a re-enactment of it, to bring the gun control debate to the fore and to try to ensure history does not repeat itself.”

Screening in Official Selection for Competition at Cannes Film Festival this July, NITRAM is the first Australian film to compete at Cannes for the Palme D’Or in a decade. NITRAM marks Kurzel’s third feature film to screen at Cannes and his second in competition.

The film will have its Australian premiere at Melbourne International Film Festival this August, and a national cinema release soon afterwards. A Good Thing Productions film in conjunction with Stan, NITRAM is produced by GoodThing Productions’ Nick Batzias and Virginia Whitwell (2040, The Australian Dream), alongside Kurzel and Grant.

NITRAM (Caleb Landry-Jones) lives with his mother (Judy Davis) and father (Anthony LaPaglia) in suburban Australia in the Mid 1990s. He lives a life of isolation and frustration at never being able to fit in. That is until he unexpectedly finds a close friend in a reclusive heiress, Helen (Essie Davis). However, when that friendship meets its tragic end, and NITRAM’s loneliness and anger grow, he begins a slow descent into a nightmare that culminates in the most nihilistic and heinous of acts.