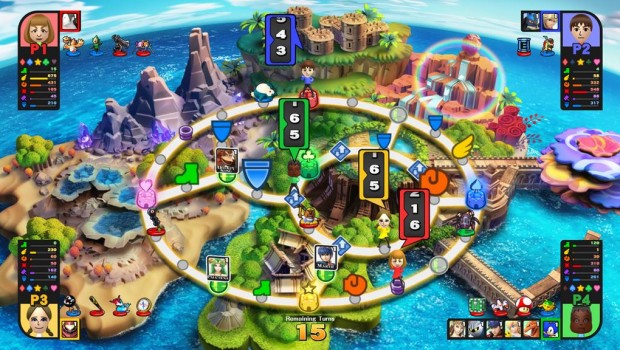 NINTENDO UNVEILS OVER 50 FEATURES AND OTHER DETAILS FOR SUPER SMASH BROS. FOR Wii U

For the first time in the Smash Bros. series, eight players can join the mayhem at once

24th October 2014 – Nintendo has unleashed a deluge of information about Super Smash Bros. for Wii U, launching in Australia and New Zealand on 6th December, including an eight-player mode, special offers for fans who get both Wii U and Nintendo 3DS versions and a variety of options and surprises exclusive to the Wii U version. Nintendo revealed these and many more details in a live-streamed video announcement named Super Smash Bros. for Wii U: 50 Must-See Things, which is available to watch now on YouTube and via the Nintendo Direct website.

Some of the topics covered in the video include:

o    Smash Tour: A fighting party game that looks like a board game. Players use items, spin a wheel and advance around the map. Up to four players can compete at once as they navigate the board and gain fighters and power-ups they can use in a final battle.

o    Special Orders: In Master Orders, the more difficult the order from Master Hand you undertake, the higher your reward – but you only get to try once. In Crazy Orders, you pay to enter and battles get harder the longer you survive. Will you know when to stop and reap your rewards?

o    Special Smash Mode: Players can customise battles and play any way they like.

o    Classic Mode: One or two players fight through a series of battles and advance as long as they survive. Many random events can shake things up, and players can adjust the intensity settings. The more difficult the game, the greater the rewards.

o    All-Star Mode: Unlike in the Nintendo 3DS version, opponents appear in reverse chronological order, and two players can battle through this mode together.