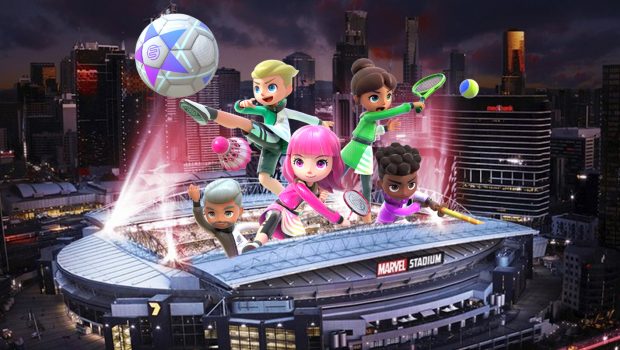 “We hope fans of all sporting codes are eager to pick up a Joy-Con and get right into the action of Nintendo Switch,” said Takuro Horie, Managing Director of Nintendo Australia. “We’re looking forward to welcoming players of all skill levels and demonstrating the breadth of experiences only possible on Nintendo Switch.”

In coming months, visitors to Marvel Stadium can look forward to more titles being added to the Nintendo Switch Zone, offering even more opportunities to experience the fun of Nintendo Switch.

Nintendo Switch Sports – the latest game in the Wii Sports series – is out now for Nintendo Switch. Play together in person* or online** with family and friends, or challenge friendly competitors near and far in the new iteration of the classic Wii Sports series. Competing in six sports using Joy-Con controllers, including Football (Soccer), Volleyball, Bowling, Tennis, Badminton and Chambara (Swordplay), players will turn their real-world actions into in-game movements***. Players can even use a Joy-Con with the Leg Strap accessory included with the physical version**** to kick the ball in a Football Shoot-Out. Plus, a seventh sport is planned to be added via a free update this spring – get ready to Golf!