Wii Sports first came out in 2006 and took the world by storm. Being one of the first games to successfully implement motion controls in an engaging way, both hardcore and casual gamers found enjoyment in swinging the Wii remote with friends to play the likes of tennis, golf, and baseball. The combination of the game’s novelty and the Wii’s success led Wii Sports to become the fourth best-selling game of all time. The game got a sequel in 2009 with Wii Sports Resort, but since then, Nintendo’s popular franchise has been dormant.

Flash forward to 2022 and the release of Nintendo Switch Sports, the long-awaited sequel to Wii Sports. With the nature of the Switch’s Joy-con controllers, the motion-controlled gameplay seems to be a natural fit with Nintendo’s best-selling console since the Wii. However, twelve years later, motion controls are not as revolutionary as they once were, and though Nintendo Switch Sports is good for a few hours of couch co-op, it’s not likely to be added to the conversation for best Switch multiplayer titles. 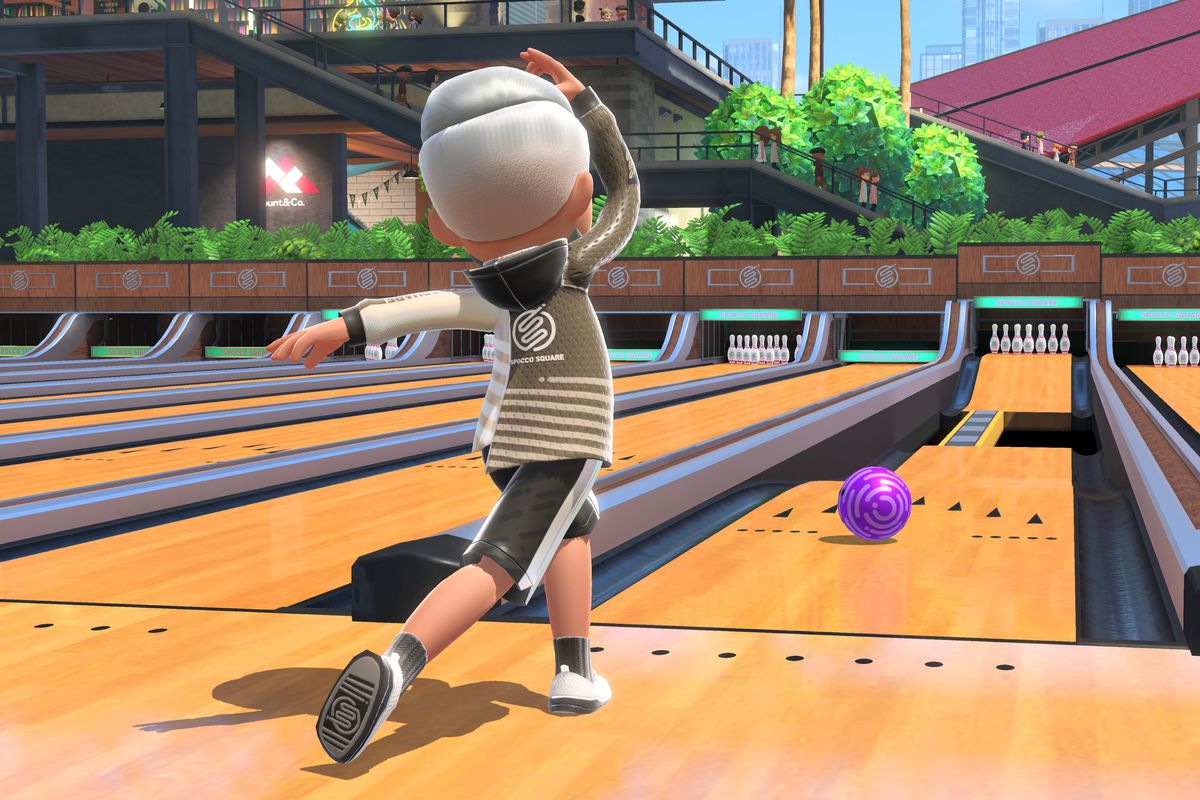 Nintendo Switch Sports has a selection of six sports to choose from: volleyball, badminton, bowling, soccer, chambara, and tennis. While it is a varied roster of sports, what is more glaring are the omissions. And though golf is slated to be added in the fall, it is perplexing as to why classic games such as baseball and boxing are absent.

Out of the sports that are present, all six are enjoyable in short bursts. For one on one bouts, badminton is a great and beginner-friendly option; simply swing the Joy-Con to hit the shuttlecock back and forth across the net. Chambara, a new addition to the series where players try to whack each other off a platform using an air-filled soft stick, is a fantastic inclusion due to its real-time strategy of blocking opponent’s strikes and hitting back when they are exposed. Chambara also features three different stances for players to experiment with that change the gameplay enough to make it the most mechanically deep and rewarding sport on the roster.

Bowling also makes a return and can be played with up to four players. However, once the mechanics are learned and players understand how to make a straight shot, it is not uncommon to get a strike or spare on every round, making the shine wear off quickly. Soccer is also a great addition; players of Rocket League will feel right at home. With many ways to kick the ball, either by swinging the Joy-con, or by using a strap to attach it to the leg, soccer feels immersive and engaging, even if only one or two goals are scored per match. However, it is baffling to me that even though matches are four on four, only two players can play locally per game. If four players could play on the same team, instead of needing to supplement squads with computers, soccer could easily be in the conversation for best sport. 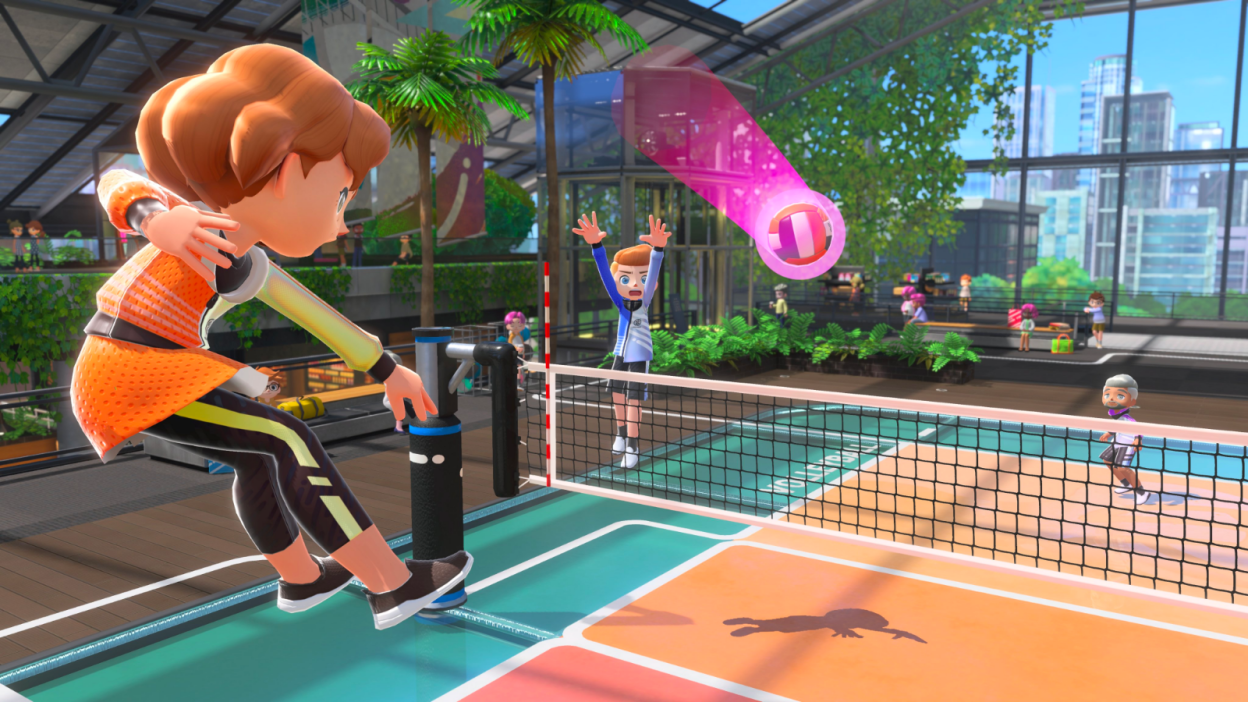 For four-player action, volleyball and tennis are the best bets. Tennis is exclusively played in doubles and plays like a cooperative and faster version of badminton. Volleyball is slightly more technical than tennis due to the necessity of setting, bumping, spiking, and blocking shots. All four components are very time-sensitive, and a slightly mistimed spike can be the difference between a shot being on the line or out of bounds.

While all the sports are enjoyable, playing through the game by yourself is a slog. With limited and uninspired single-player rewards and computers that are less than intuitive, I found myself uninterested in going back to any of the sports after about two hours. However, the nature of this game is multiplayer, so I thought I would be doing my review a disservice by writing it before playing with others. So I invited three friends over for some good old couch co-op. 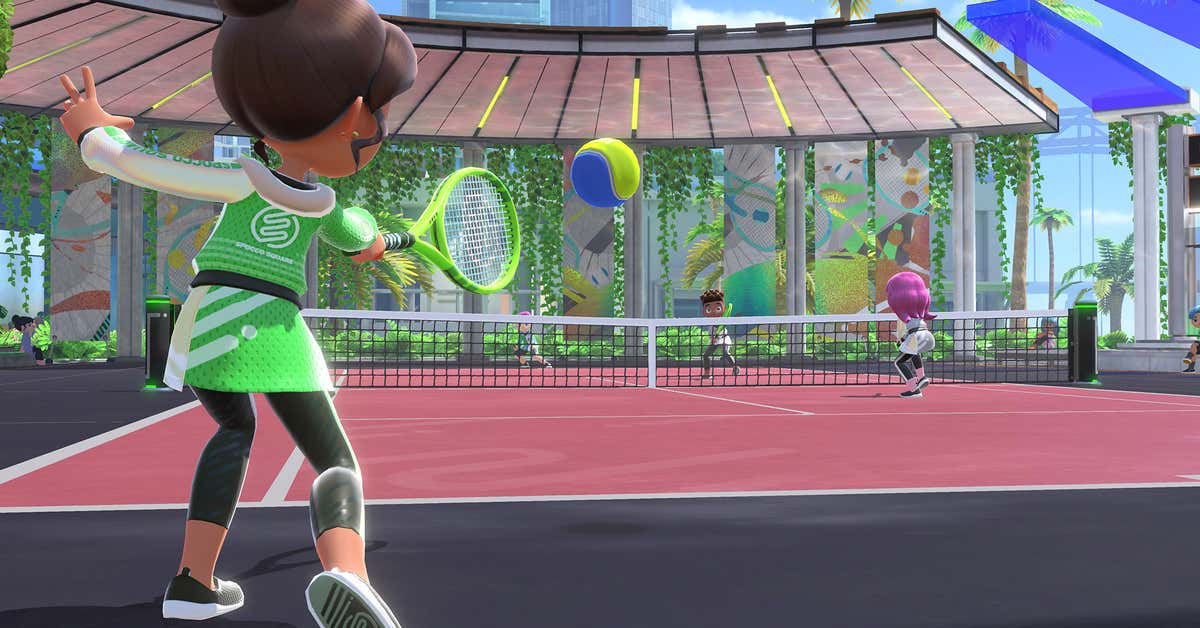 Unsurprisingly, Nintendo Switch Sports is a rip-roaring good time with pals. The nature of the sports encourages both teamwork, and some lighthearted name-calling when a partner misses their shot in volleyball. Tennis was easily the most popular sport of the night due to the fact that all four of us could play it, and its mechanically simplistic nature. However, with only six games, some not being quite as popular as others, the enthusiasm for most of the other sports aside from tennis wore off as the night went on.

Nintendo Switch Sports is a silly and lighthearted option for game night, but with a limited roster of sports, its appeal and longevity is restricted. Rather than games such as Mario Kart 8 Deluxe, Mario Party Superstars, and Super Smash Brothers Ultimate, which game nights are usually built around, Nintendo Switch Sports feels more like an intermittent game to play with friends while transitioning to the stronger multiplayer experiences the Switch has to offer. 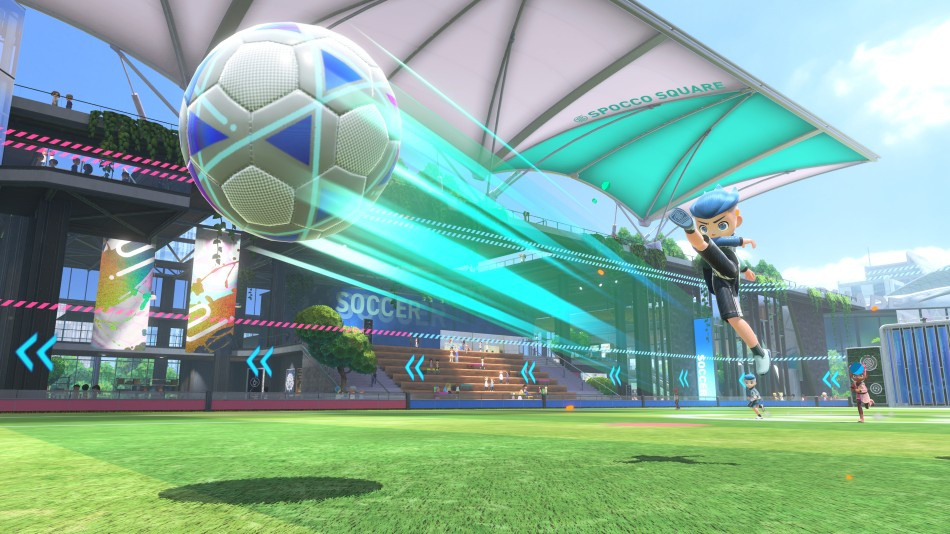