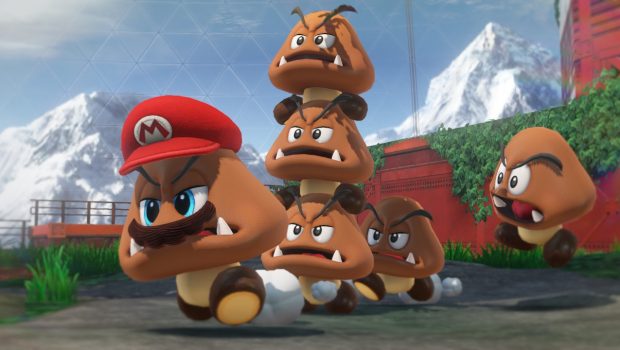 14th June 2017 – Nintendo outlined major upcoming waypoints on the continuing journey that started with the launch of the Nintendo Switch console in March. This winter, Nintendo renews its commitment to fun multiplayer gaming anytime, anywhere, with anyone, with fun games like Splatoon 2, ARMS and Pokkén Tournament DX, the first Pokémon title for Nintendo Switch. Tournaments featuring all three games will take place this week during the E3 video game trade show, which runs through 15th June in Los Angeles. To watch all of the tournament action, keep an eye on https://e3.nintendo.com/* or on Nintendo’s Twitch channels.

And then later this year, Nintendo Switch owners will get to explore glorious new Kingdoms with Super Mario Odyssey, the first 3D sandbox-style Mario adventure in more than 15 years. Visitors to Nintendo’s booth at E3 this week will be the first members of the public to get their hands on the game.

This year, Nintendo will see a constant delivery of great games for both Nintendo Switch and Nintendo 3DS, headlined by Super Mario Odyssey on Nintendo Switch. Players roam massive 3D Kingdoms to collect Power Moons to power Mario’s airship, The Odyssey. The Kingdoms around the globe are filled with secrets and surprises. Mario can don a variety of costumes and interact with his environment in many creative ways, such as by driving vehicles or exploring sections as Pixel Mario. Mario’s new partner, Cappy, gives him new moves like Cap Throw, Cap Jump and Capture, which provide a fresh take on the classic Super Mario formula and define this new adventure. The game offers new locales like the skyscraper-packed New Donk City. Three Super Mario Odyssey series amiibo figures – Mario, Princess Peach and Bowser in their wedding outfits – will be sold individually and as a three-pack when the game launches on 27th October. These amiibo can be seen in Nintendo’s booth at E3, alongside two new amiibo figures in the Super Mario series: Goomba and Koopa Troopa.

Other upcoming games for Nintendo Switch:

Nintendo Switch will enjoy strong third-party support from some of the top publishers and developers in the industry. A sampling includes:

Nintendo showed details of the upcoming DLC packs for The Legend of Zelda: Breath of the Wild. The two packs are available only as part of the Expansion Pass for AU$30.00 / NZ$33.00. The first pack, “The Master Trials,” launches 30th June, and the second one, “The Champions’ Ballad,” arrives summer 2017. Nintendo also announced upcoming amiibo of the four champions from the game for release during the holiday season: the Goron champion Daruk, the Rito champion Revali, the Zora champion Mipha and the Gerudo champion Urbosa will be sold as a four-pack.

Additional news, commentary and gameplay of Nintendo Switch and Nintendo 3DS games will be featured every day of the show on Nintendo Treehouse: Live at E3, which can be viewed at https://e3.nintendo.com/*.