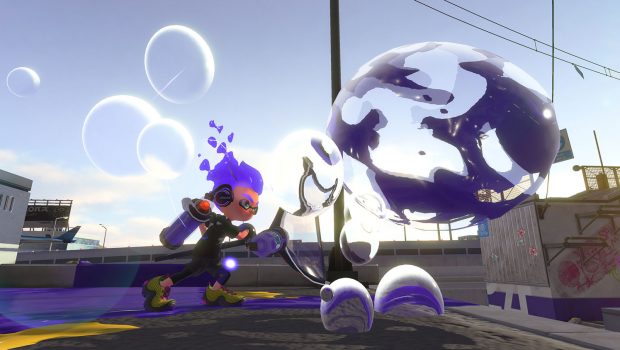 NINTENDO OPENS GAMESCOM WITH NEW CONTENT FOR SPLATOON 2 AND ARMS

A video announcement from the Squid Research Lab* detailed new free content coming to Splatoon 2 soon: Manta Maria joins the line-up of Turf War and Ranked Battle maps this Saturday, while fans can try out the Bubble Blower special weapon – available first in a set with the Forge Splattershot Pro – from Saturday 2nd September. Keen Inklings can get a closer look at these new additions – and maybe even pick up a few tips – in a livestream from gamescom available to view now at Nintendo UK’s YouTube channel*. On top of all this Turf War action, new Salmon Run stage Lost Outpost will be available today, and viewers can tune in to Nintendo of Europe’s YouTube channel* today at 9:00pm AEST to see it in action.

Fans of Nintendo Switch fighter ARMS will soon have a new character to use as part of the next free update: street performing pugilist Lola Pop, introduced in the ARMS – Introducing Lola Pop trailer*, . A well-travelled clown with a personality as colourful as her clothing, Lola Pop’s key ability is inflating her body like a balloon, providing her with great defensive qualities. With three new ARMS and a new stage, players can look forward to developing new strategies whether competing locally against friends or taking on the world online. Tune in to Nintendo of Europe’s YouTube channel* at 7:00pm AEST today for a closer look at Lola Pop, plus some helpful gameplay tips on fighting with –  and against – her.

Nintendo Switch owners who want another dose of combat should also be on the lookout for a downloadable demo of Pokkén Tournament DX, coming to Nintendo eShop this Thursday.

Fire Emblem Warriors comes to Australia and New Zealand on 20th October 2017 alongside the new Chrom and Tiki amiibo, and the Nintendo Switch version will also be available as a special Limited Edition, including a three-disc original soundtrack and character art cards. Gamescom also sees the first reveal of several fan-favourite playable characters, who can be seen in action in the Fire Emblem Warriors – gamescom 2017 trailer – perfect to watch before the in-depth gameplay livestream at 7:00pm AEST this Friday.

Also revealed yesterday were new features for the upcoming Nintendo Classic Mini: Super Nintendo Entertainment System, launching on 30th September. Players can use the system’s Rewind feature to rewind their gameplay a little to attempt tricky sections again, pick up missed items, or simply run through a section again to see if anything was missed. The rewind time depends on the kind of game: players can go back a few minutes in role-playing games such as Super Mario RPG: Legend of the Seven Stars, while action-oriented titles such as Super Mario World offer around 40 seconds, ideal for retrying small segments of gameplay. Get a first look at the new Rewind feature, plus new, optional visual frames that can be wrapped round each game with the new Nintendo Classic Mini: Super Nintendo Entertainment System – The console of a generation! trailer*, premiering today.

For a complete schedule of live shows happening throughout the week, and more information about all the games playable at this year’s gamescom show, head over to the Nintendo of Europe gamescom website*. Keep updated with the latest from gamescom via Nintendo of Europe’s Twitter* page, as well as Nintendo Australia and New Zealand’s Twitter and Facebook channels.