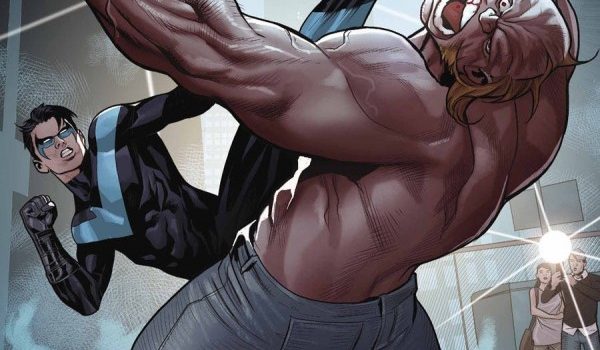 Summary: Not everything is as it seems and when you misjudge a criminal... it can cost you more than you realise.

The calm before the storm seemed like down time… but now it seems it may have been the lull before the chaos. A familiar face has walked into town but it may not be quite as familiar as Nightwing thinks and making assumptions has a habit of making fools of those who do so. 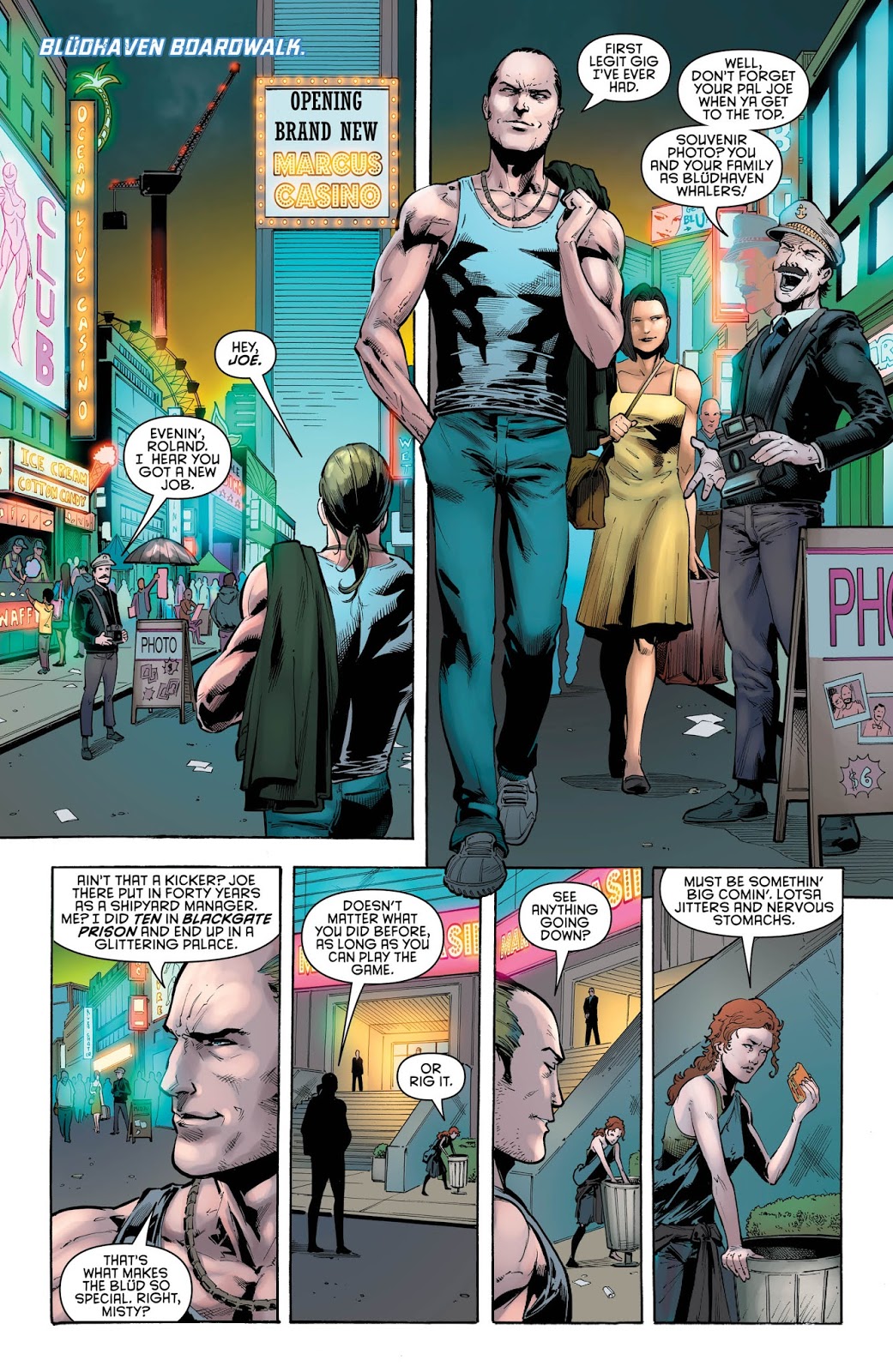 Often with superhero stories we get so caught up in the super side of things that we don’t get to see the “downtime” for our heroes. Nightwing #22 has a few moments to show what it’s like for the masked crime fighter when he isn’t in the midst of battle… “real life” sets in and he has to consider his options. But that “downtime” doesn’t last long and before long he’s back facing a foe that he is sure he’s faced before… but has he? 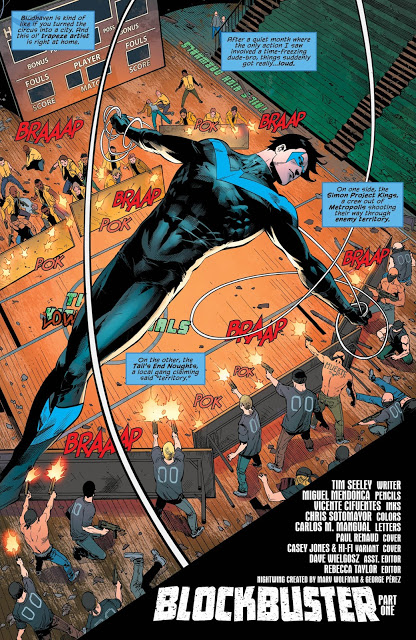 The mix of more traditional shading and more modern shading works really well here. We have some images where colour grading gives a sense of depth and shape and other scenes in which cross hatching gives the same sort of effect. Overall the artwork is full of nice clean lines, everything is neatly defined and we know exactly where to look in each panel. The tonal changes also work well to alter the mood from despair to danger to confusion and the like. 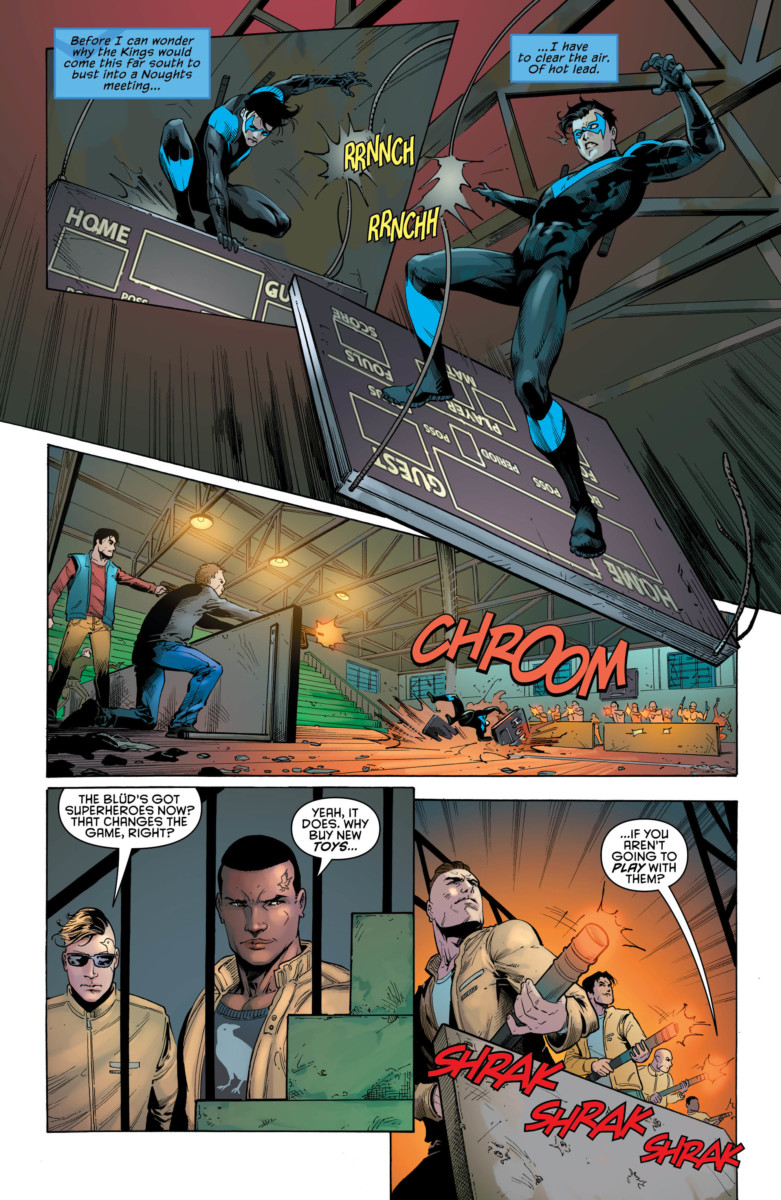 I really like the idea of Nightwing having to consider his options for what he’s going to do while not donning the suit. We all have to eat and Crime Fighting isn’t exactly a well paid job. Beyond the day to day life of Nightwing… we also see some events and machinations start bubbling to the surface. Tiger Shark sets some things in motion hinting at greater plans that are afoot… there’s a lot compressed into these pages and it’s certainly enough to keep you on the edge of your seat and keen to see what’s going to happen in the next issue.