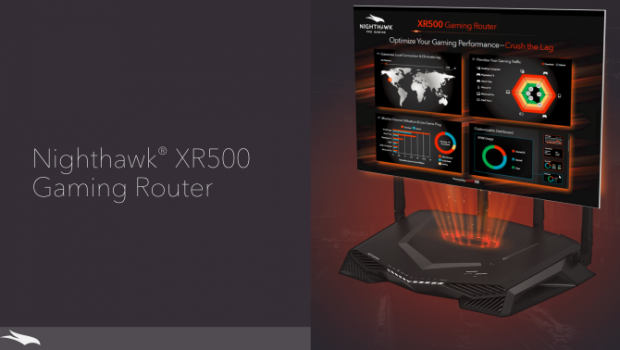 This announcement coincides with the IEM tournament in Sydney, Australia where the NRG CS:GO team is competing in the first LAN-based event since the team formed. Previous tournaments had taken place online. NRG has had an incredible year in CS:GO with an incredible league cumulative record of 34-6 and finishing first place in ECS and second place in ESL Pro League.

“We are pleased to be working with NETGEAR, the leading provider of networking equipment for the home, gamers and small business,” said Andy Miller, owner and CEO of NRG and the San Francisco Shock. “We look forward to this collaboration and hope to set the tone for how corporate endemic brands support these exciting teams of professional gamers.”

The sponsorship agreement with NRG represents an ongoing and extended investment by NETGEAR in esports and the gaming community. The partnership with NRG is an exciting one in which Nighthawk Pro Gaming will be supporting our home town teams, which are local to the NETGEAR headquarters located in the San Francisco Bay Area.

“Our Nighthawk Pro Gaming products are specifically built to improve online game play and provide that competitive edge gamers are seeking. Partnerships with professional teams such as NRG enables us to connect with players and the overall gaming community to better understand the networking challenges they face,” said Heidi Cormack, senior vice president of global marketing for NETGEAR. “We are thrilled to be a featured sponsor of NRG and their roster of talented teams.”

Nighthawk by NETGEAR has long been recognised by gamers for high-performance networking hardware; the introduction of Nighthawk Pro Gaming is the latest evolution of this highly acclaimed WiFi product line. Purpose built and fine-tuned to address the unique networking challenges of gamers, Nighthawk Pro Gaming combines best-in-class high-performance hardware with advanced software to enhance online gameplay providing players with an optimised network environment to perform at their very best.

The introduction of Nighthawk Pro Gaming (NPG) showcases our expertise and passion to deliver the most advanced solutions to achieve the ultimate environment for online gameplay. From the avid or professional gamer to the casual on any platform from console, PC to mobile; Nighthawk Pro Gaming delivers the Power to Win.

About the San Francisco Shock and NRG Esports
The San Francisco Shock, one of the 12 esports franchises competing in the Overwatch League’s inaugural season, is owned by NRG esports, a San Francisco-based esports organisation competing in eight professional video game leagues and known for its deeply engaged fan base. NRG was founded in 2015 by Andy Miller and Mark Mastrov, co-owners of the Sacramento Kings. NRG investors include Shaquille O’Neal, Alex Rodriguez, and Jennifer Lopez, alongside Silicon Valley entrepreneurs.