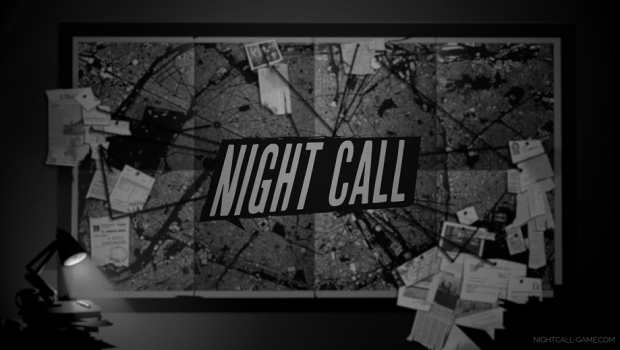 Summary: Great for a single play-through, but no incentive to replay.

There is a killer on the loose in Paris, and somehow you managed to get caught up in the middle of it. You, a simple taxi driver find yourself responsible for investigating and tracking down the killer, and must do so only by driving your cab and speaking with your passengers.

Well, it is a fresh take on this genre and as a concept, almost ground-breaking. The story starts with very little introduction to your character; you have a short prologue and learn you have been shot, waking up in hospital, having your life turned upside down, the events begin to unfold, whereby you are then tasked by the detective to start investigating the killer.

The gameplay style is entirely in black and white and uses striking contrast shadows and shading in a pseudo comic book style of fixed foreground scenes with 2-3 point fixed character animations and moving non-descript background scenery of the road, that are triggered during different dialog. Most of the game takes place inside your taxi, and as you drive along you occasionally see transitional scenes of the taxi in 3rd person perspective, and scenes of the city of Paris. In true fashion and expectation, it is a very romantic theming that is wrapped in mystique and is at first very striking and complimentary to the game, which draws you into the story instantly.

Surprisingly the passengers are very diverse and each has their own character and biography. The dialog in the game is unique to each character and there is a sense of ‘finger on the pulse’ with each viewpoint and political perspective. This aspect of the game is actually quite well thought out and the characters really are interesting for the most part, but there are of course exceptions.

The game play is really simple, you have to do your day job by driving the taxi during the night shift and earning enough fares to cover your fuel and bosses cut. Of course, you only have a limited time during your shift to earn money, gather information and interact with your passengers. The gameplay difficulty is based on the ability to earn money. Story mode makes it easier, where as you can make it near impossible to earn money. The catch of course is that if your bank balance goes to the negative, you will be fired and therefor can’t investigate the crime. Game over.

Unfortunately, the first few days of playing this game was next to impossible. There was constant freezing, black screens, unclickable areas, passengers that ended all choices in the game etc. After about 4-5 Steam client updates that were released over 3 days, the game became playable; but a few bugs still existed such as some passengers that caused an unrecoverable state of game play with absolutely no possibility to advance. Also the map showing the Taxi’s movements also failed constantly. Looks like Steam has again, blessed this game with additional ‘features’.

Despite this, there are 3 stories in the game, each with a different level of difficulty. I played the first one and I was impressed with the story. It was well written, very interesting and enjoyable. Then I started the 2nd story, and it included all of the early dialog of the first story. After 20 minutes of constantly clicking away the repetitive text that I have already experienced, including passenger dialog, I decided that was enough for me. Keeping in mind, that yes you can skip the dialog, but the story started the same, the dialog was the same, the passengers were the same, the antagonist was the same and it was the same interaction with your character.

There is little doubt that at some point the story would offer some unique content; it was just too excruciating to continue playing to get to that point. It is sad, because the stories offered by the game are no doubt well written, but it feels like a bit of a cheat to offer 3 stories that utilise the same dialog, without so much as a twist or hook to recapture the audience.