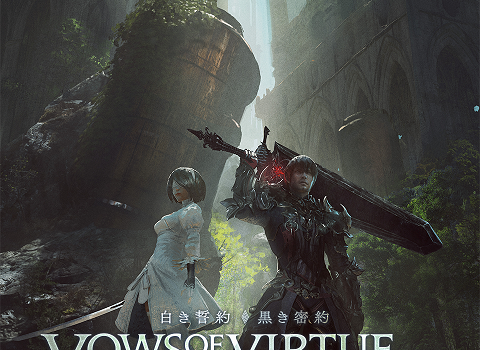 Vows of Virtue, Deeds of Cruelty will also bring a variety of new content, features and improvements. During the livestream, FINAL FANTASY XIV Online Producer and Director Naoki Yoshida outlined much of the content that will arrive with the release of Patch 5.1:

FINAL FANTASY XIV Online is returning to PAX Australia 2019 between Friday 11th October and Sunday 13th October. Attendees will be able to take on a Battle Challenge against Eden Prime in order to win an I BEAT T-shirt, and explore Sprout Corner, where new players can begin their adventure in Eorzea and receive a free copy of the Starter Edition of the game. Additionally, a Fan Gathering will be taking place on the evening before the show on Thursday 10th October.

For more information on PAX Australia and to secure a place at the Melbourne Fan Gathering, please visit the Lodestone.

Players new to FINAL FANTASY XIV Online are invited to download a free trial to access content up to level 35, create up to eight playable characters, and experience the different playable races, classes, and jobs with no restrictions on playtime. New players who wish to experience the free trial may register here.

FINAL FANTASY XIV: Shadowbringers is the third expansion for FINAL FANTASY XIV Online and has received universal critical acclaim since its release in July 2019. Packed with striking new environments, the new gunbreaker and dancer jobs, Hrothgar and Viera races, Trust system and much more, it offers players both old and new hundreds of hours of content to explore.