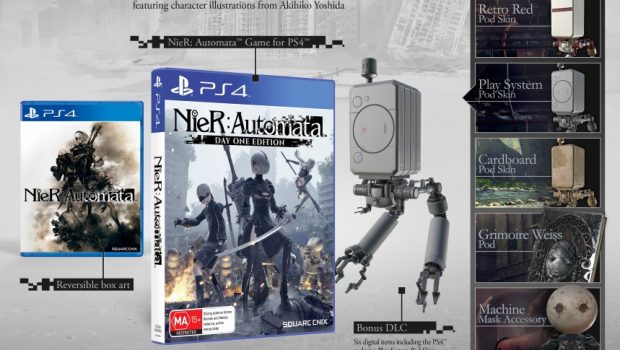 NIER: AUTOMATA BRINGS ITS POST-APOCALYPTIC WORLD TO THE WEST ON 10TH MARCH FOR PLAYSTATION 4

SYDNEY, 7TH December 2016 –  During the PlayStation Experience this weekend, Square Enix Ltd., revealed that NieR: Automata™ will be available across Australia & New Zealand for the PlayStation®4 from 10th March 2017. Developed in collaboration with PlatinumGames Inc., the exciting new action role-playing game centers around the story of androids 2B, 9S and A2, and their ferocious battle to reclaim a post-apocalyptic world abandoned by mankind and overrun by powerful weapons known as machine lifeforms.

Fans and newcomers alike are also invited to get their hands on the action-RPG in a newly announced consumer demo, coming soon on the PlayStation®Network.

NieR: Automata will be available on 10th March 2017 for the PlayStation®4. For more information, visit: http://nier-automata.com/.

The PlayStation Experience trailer is available at: https://www.youtube.com/watch?v=X_UjmXbosHQ

The Release Date Announcement trailer is available at: https://youtu.be/8EiKBOG60Rw 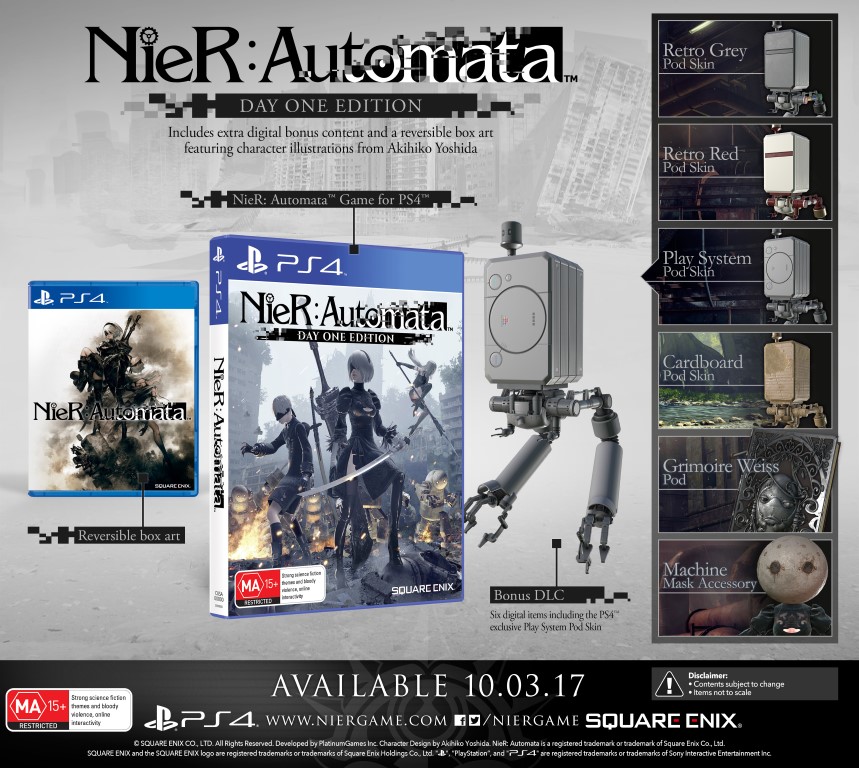 Invaders from another world attack without warning—unleashing the machine lifeforms. In the face of this seemingly insurmountable threat, the human race is driven from the earth and takes refuge on the moon.

Humanity develops an army of android soldiers to fight back against the mechanical horde, but succeed only in slowing its advance. To break the deadlock, a new breed of android infantry is sent into the fray: the YoRHa squad.

In the forsaken wasteland below, the war between the machines and the androids rages on. A war that is soon to unveil the long-forgotten truth of this world…