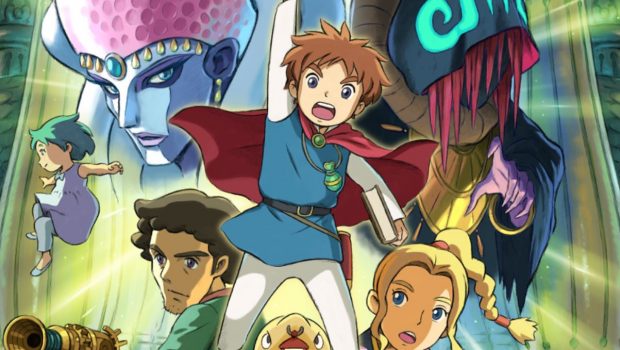 NI NO KUNI: WRATH OF THE WHITE WITCH COMING IN SEP (E3 NEWS)

NI NO KUNI: WRATH OF THE WHITE WITCH COMES TO PLAYSTATION 4, PC AND NINTENDO SWITCH ON 20th SEPTEMBER

The original version of Ni no Kuni: Wrath of the White Witch will also be available on Nintendo Switch™, marking its official debut on a handheld platform. Both versions are set to release on 20th September, 2019

Ni no Kuni: Wrath of the White Witch on Nintendo Switch is the first handheld iteration of the acclaimed title adapted by Engine Software. It will let Switch players experience the game with 720p resolution at 30 FPS in TV mode at home, or in handheld mode on the go. The game retains the same dynamic fight system combining real-time action and turn-based tactical elements, as well as the dozens of locations and hundreds of creatures that comprise the vast universe of Ni no Kuni.

Originally developed by LEVEL-5, Ni no Kuni: Wrath of the White Witch’s tale unfolds through animation storyboarded and created by the legendary Studio Ghibli, with music composed by award-winning musician Joe Hisaishi. Ni no Kuni: Wrath of the White Witch tells the charming yet tragic story of Oliver, a young boy who embarks on a journey to another world – one filled with familiars and foes – in hopes of bringing back his mother following a tragic incident. With a copy of the Wizard’s Companion book in hand and trusted friend Drippy by his side, Oliver must traverse exotic lands to tame familiars and take on malevolent foes. With his newly formed team of friends and familiars, it’s up to Oliver to overcome the challenges of personal growth and fierce enemies in order to save his mom.

Ni no Kuni: Wrath of the White Witch Remastered or other titles from BANDAI NAMCO Entertainment Europe, go to: http://www.bandainamcoent.com or follow us on Facebook at https://www.facebook.com/BandaiNamcoEU or join the conversation at https://twitter.com/BandaiNamcoEU.