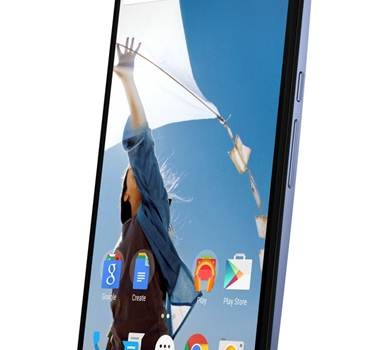 At Motorola we’ve been big believers in Android since the very beginning. We love its power, its flexibility, and how it gives you the freedom to choose the experience that’s right for you. In fact, the only thing that would be better than Android is…more Android. That’s why we’re so excited to have been able to work with Google’s Android team to bring you the new Nexus 6, featuring Android 5.0 Lollipop.

With Nexus 6, we’ve worked with Google to bring you a bigger phone with more everything. More screen. More speed. More power. And, it’s the best Android experience ever with:

Nexus 6 will be available for pre-order through the Google Play Store in late October. There are two colours to choose from – Midnight Blue or Cloud White – and two memory options – 32GB and 64GB. Nexus 6 will also be available through retail stores across Australia and New Zealand in November 2014. Check with local retailers for specific model, price and availability. In all, including Australia and New Zealand – Nexus 6 will come to 28 countries across Europe, Asia-Pacific and North America starting later this year and as we head into Q1.

More Android All Around

It’s no secret we love Android. That’s why every one of our Moto phones is built on a foundation of pure Android – it’s easier to use, delivers amazing performance and lets you choose how you want to use your phone. So we have more sweet Android news to share…

Once Android 5.0 Lollipop is officially released, we intend to bring this latest upgrade to many of our other Motorola devices, as well. This includes Moto X (1st & 2nd Gen), Moto G (1st and 2nd Gen), Moto G with 4G LTE and Moto E. We’re still working out the details on timing and the upgrade depends on our partners’ support so stay tuned to our software upgrades page for the latest and greatest.