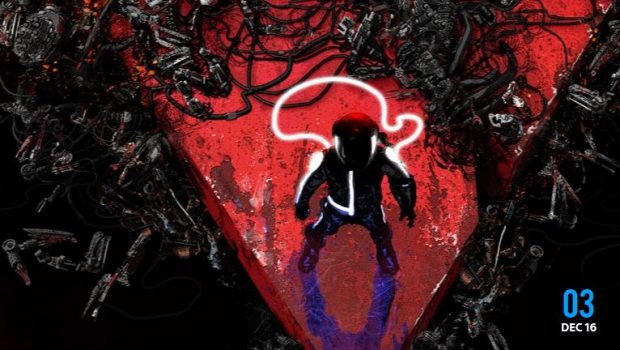 Hey, Mikael from Housemarque here. A few months after the release of Resogun we bumped into Eugene Jarvis at DICE Summit 2014, where he received a Pioneer award for his contribution to the gaming industry. Eugene, creator of arcade cult classics such as Defender, Robotron and Smash TV, has always been one of our major sources of inspiration for the kind of games we are famous for.

You can see Eugene’s invisible hand in the gameplay of Dead Nation, Alienation and of course Resogun, which is Defender’s “spiritual successor”. What makes his and our philosophy resonate is that we both think that games should be first and foremost fun, fast and brutal.

We stayed in touch, he played Resogun and when we asked if he wanted to do something together he jumped on board without hesitation. 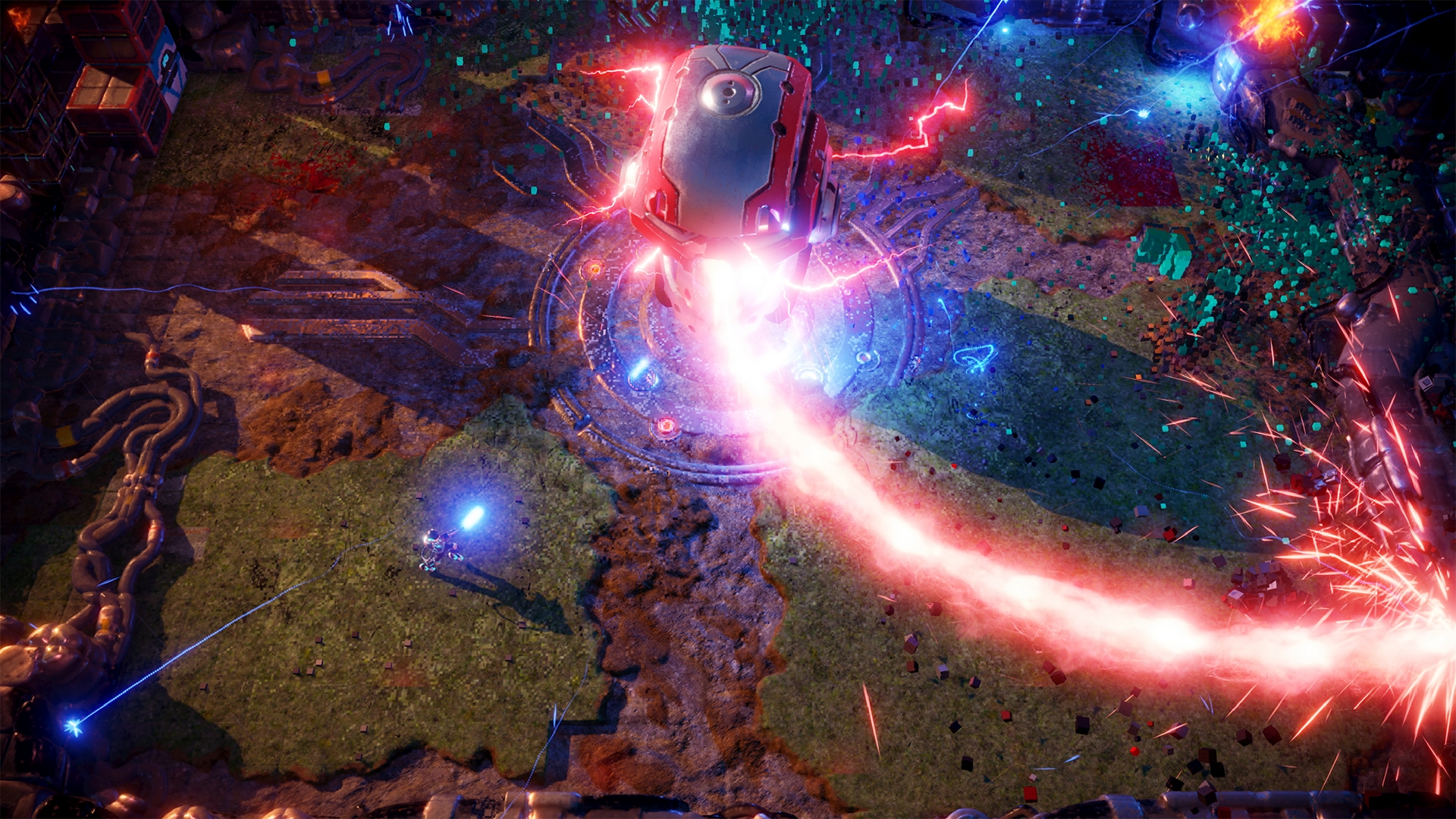 We are now proud to show you the result of that collaboration. What was called for a long time “the Jarvis Project” we can now reveal as Nex Machina (which roughly translated means Death Machine) – the most explosive top-down action shooter Housemarque has ever created.

Taking hints from both Robotron and Smash TV, Nex Machina focuses on pure arcade action, voxel destruction, and competition. But before delving into more of that, I want to talk the game’s setting. 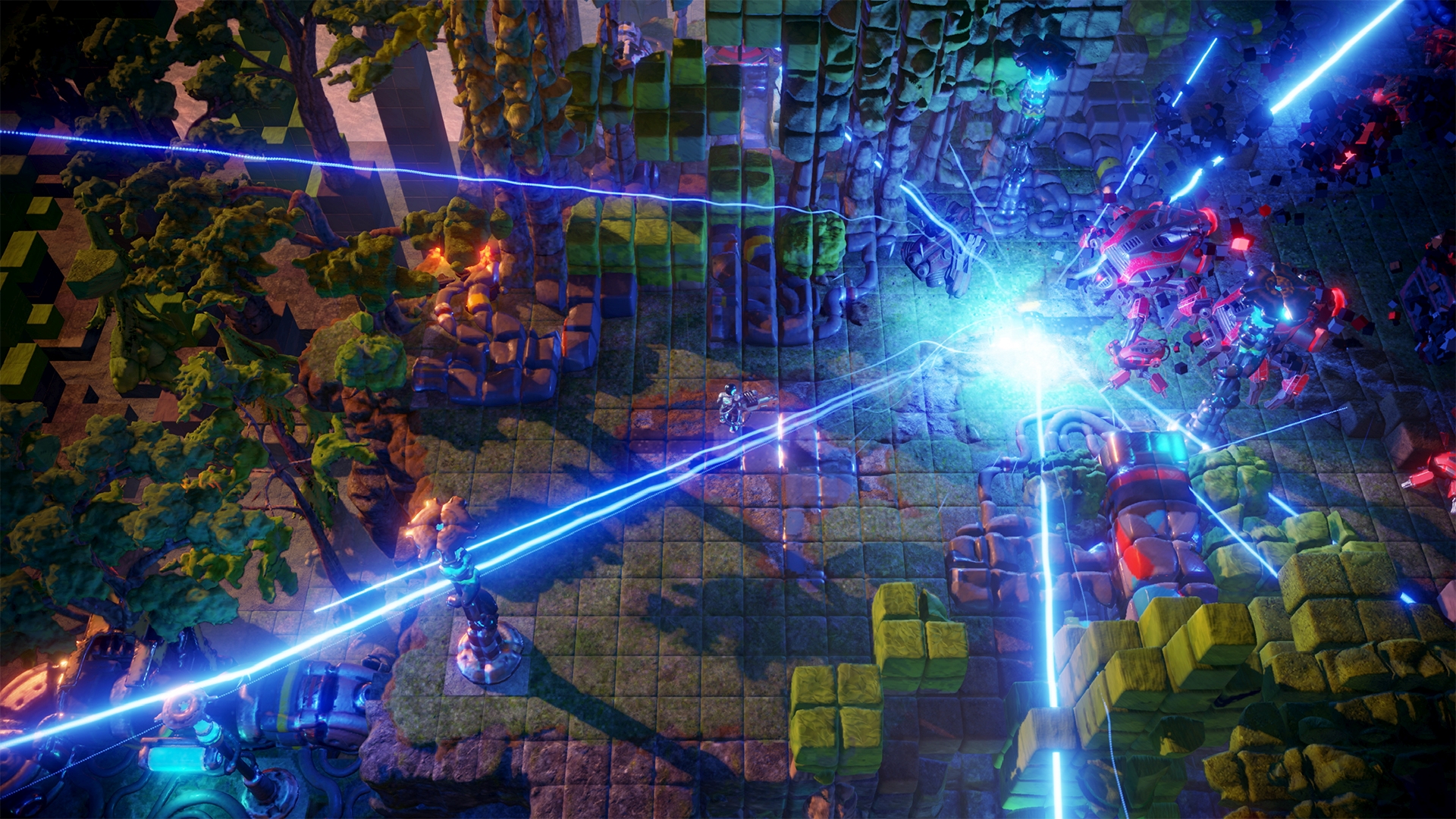 In a world where humans have become more and more addicted to technology, machines have evolved – from simple helpers, to replacements for unwanted jobs, to conscious entities with their own feelings. Robots surpassed mankind’s abilities, becoming the superior being, and started to refuse to serve us. 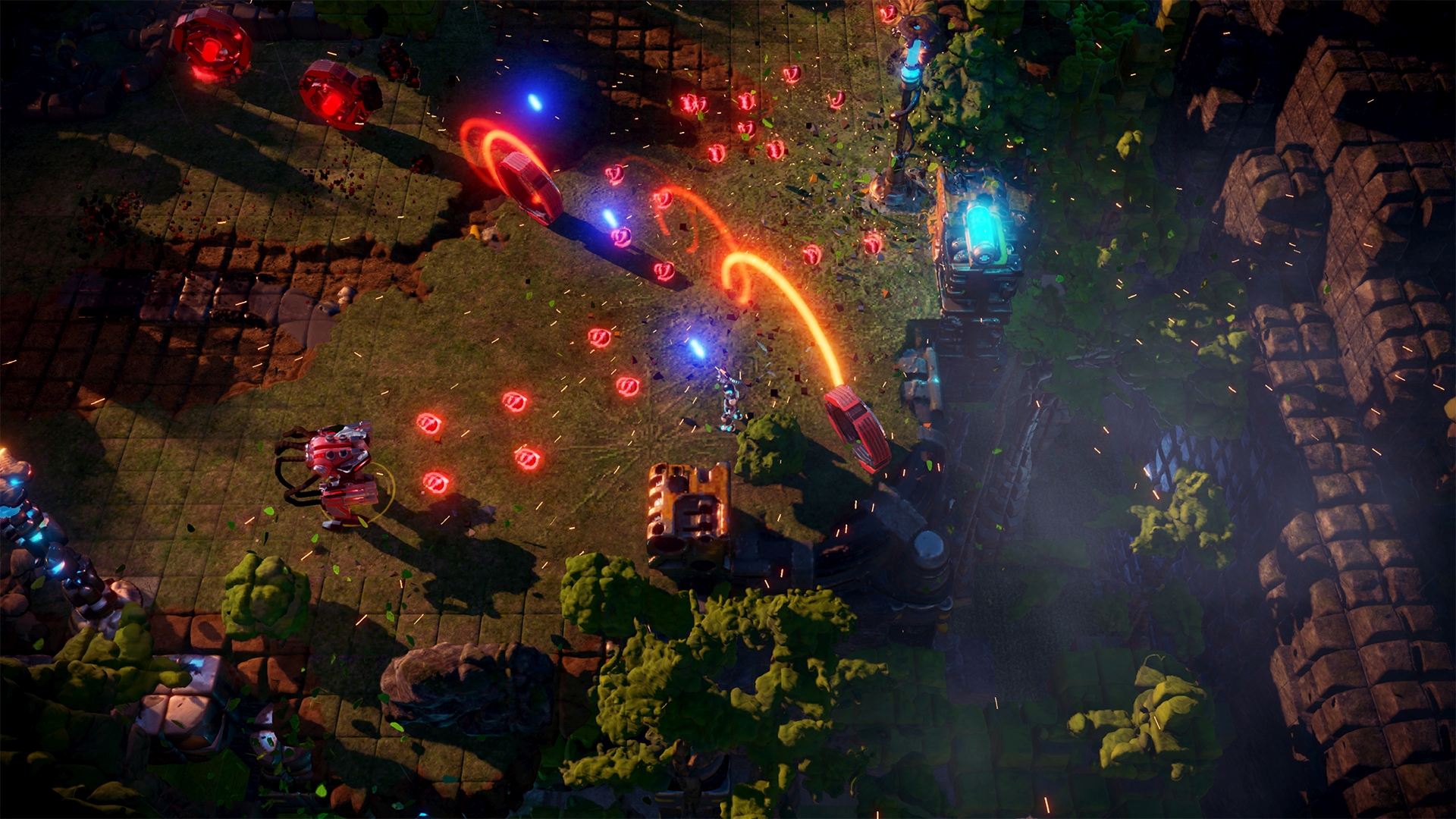 After the singularity, the rise of the machines was inevitable – and unstoppable… but nobody even noticed, mankind’s best and brightest were too busy updating their status on social media. When all seems lost, out of the blue a mysterious hero appears: you. Who sent you? Will you save humanity from itself once again? And last but not least, are your skills sharp enough to confront an army of fiendish robots out for blood? 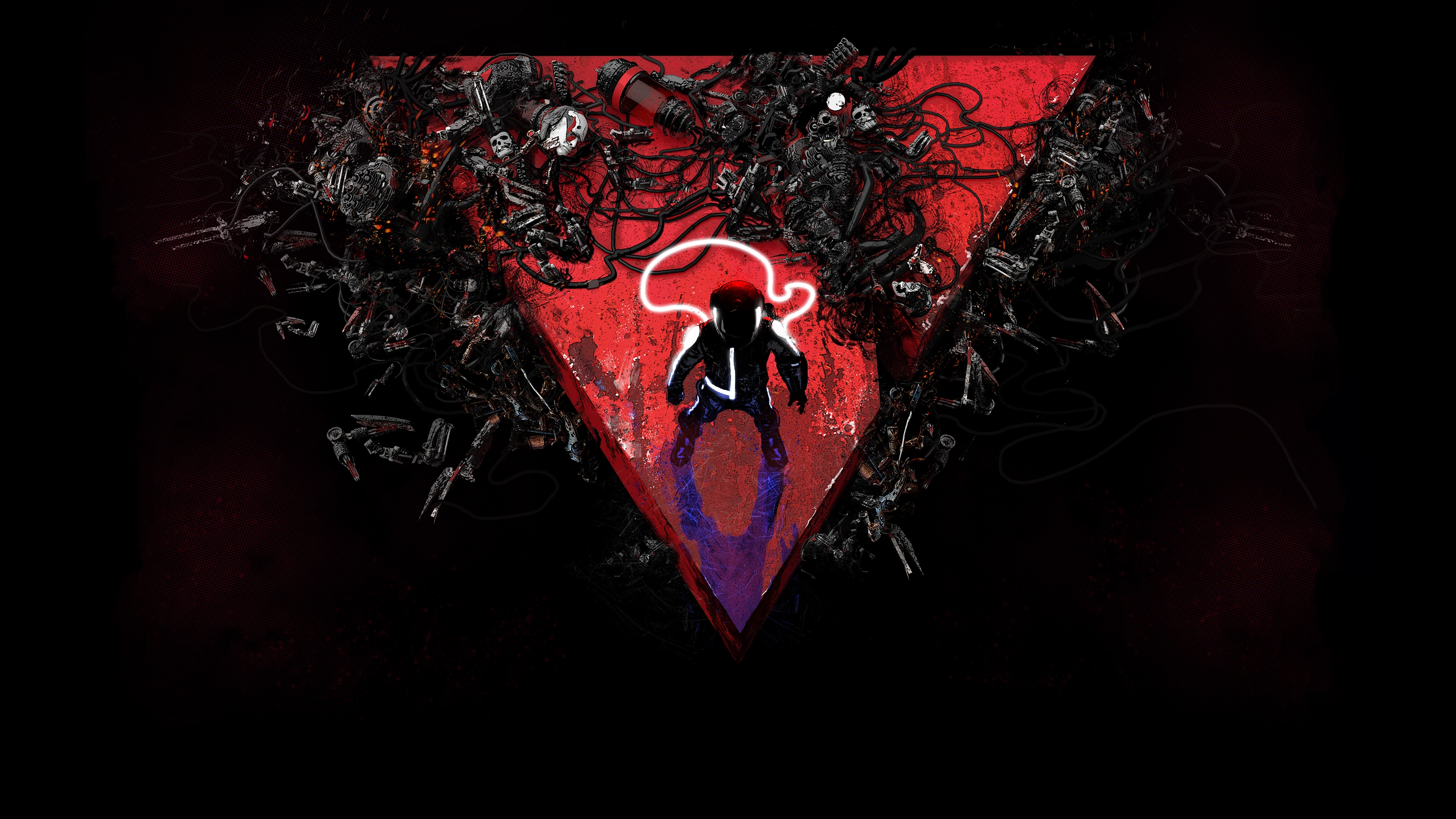 We’ve been thinking long and hard about how to bring back a “true arcade experience” in a world where arcade halls are almost extinct. Nex Machina is our shot at cracking that problem and over the next few months we’ll have more information on what you can expect on day one. For now, rest assured that the game will provide the classic Housemarque arcade experience and a kickass competitive framework, which we will expand over time to make it the obvious choice for players looking for a challenge. 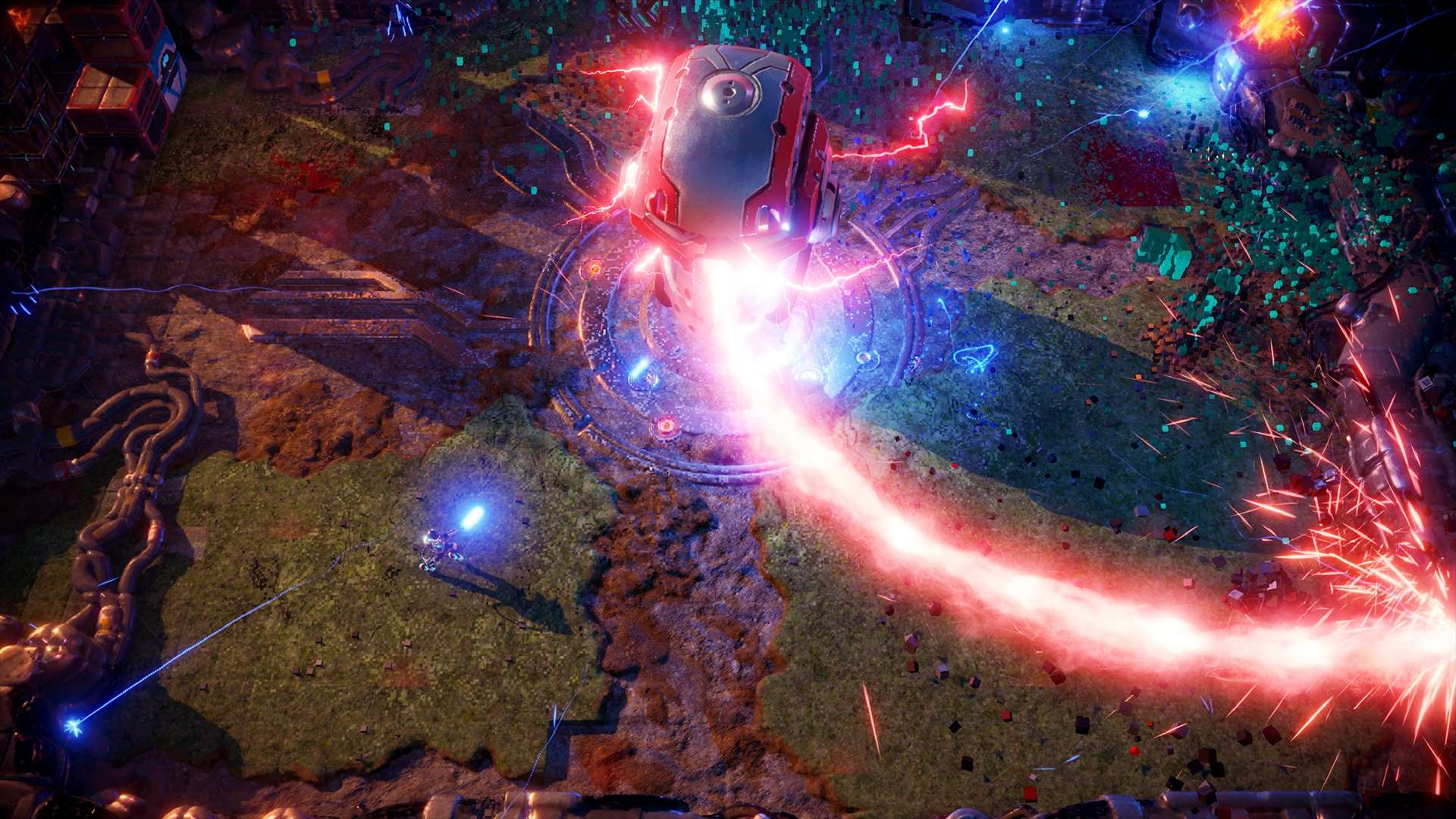 Enjoy the trailer and stay tuned for more updates! (Also, be kind to your electronics, as you never know what can happen…)