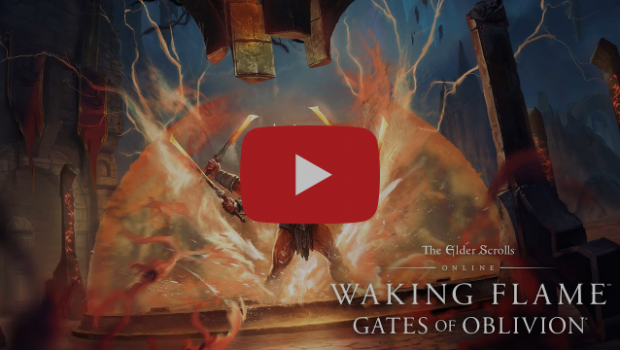 Today, we are excited to release the latest DLC for The Elder Scrolls Online: Waking Flame, available now for all PC/MAC players. The new DLC will launch on Xbox Series X|S, Xbox One, Xbox Game Pass, PlayStation 5, and PlayStation 4 on September 8.

All 19 million ESO players to date can look forward to Update 31, a base-game patch that will include a bevvy of bug fixes and performance enhancements, plus new houses, furnishings, and houseguests available in the in-game Crown Store. Here are some key improvements coming to the console update when it arrives on Sept. 8:

As part of our Gates of Oblivion year-long storyline, the Blackwood Chapter tasks players with exposing the daedric plots and tyrannical schemes consuming the region. Discover the connection of these plots to the Prince of Destruction and his dreadful plans for Tamriel. Available now, Blackwood is a standalone story, its events further the overall Gates of Oblivion narrative that will conclude later in 2021.

Players can purchase the Waking Flame game pack through the in-game Crown Store and is included for all who subscribe to ESO Plus. The new DLC is available now on PC/MAC, and will launch on Xbox Series X|S, Xbox One, Xbox Game Pass, PlayStation 5, and PlayStation 4 on September 8. For full patch notes on Update 30, remember to keep an eye on our official forums.