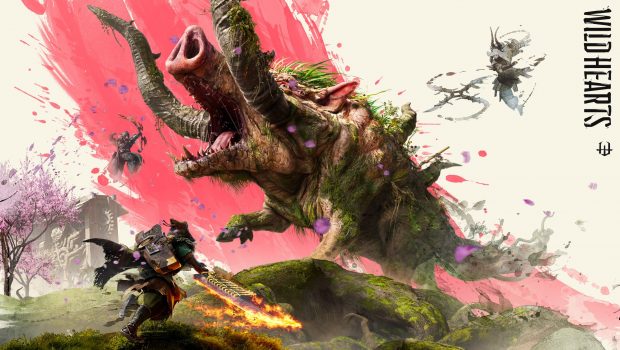 At The Game Awards today, EA Originals & KOEI TECMO revealed their Ferocious Creatures trailer, offering hunters a closer look at some of the largest Kemono they’ll face in battle when the upcoming AAA hunting game launches on the PlayStation®5, Xbox Series X|S and PC on February 17, 2023.

Causing a real threat to Azuma’s fantasy landscape, Kemono are giant beasts that have fused with their environments, wielding the power of nature to reshape their surroundings to suit their needs and battle for territory. Players will encounter all types of Kemono in WILD HEARTSTM – from plant-infused squirrels to the massive Kingtusk wild boar and many more – as they traverse the world. The new trailer showcases three of the most powerful Kemono players will take on, including Deathstalker the savage wolf, Amaterasu the giant hawk, and for the first time Golden Tempest, the ferocious, unforgiving tiger and its tornado of sand and gold.

Both the Karakuri and Standard editions are available for pre-order today for $89.99 and $69.99 respectively.

In WILD HEARTS, players journey through Azuma as a lone wolf or pack-hunt with up to two friends thanks to the game’s co-op and crossplay features across all platforms**. Players can expand their battle plans and go on special missions while pack hunting, join other hunters in the world or take on Kemono on their own. The game will feature voice overs in English, Japanese, French, Italian, German and Spanish.