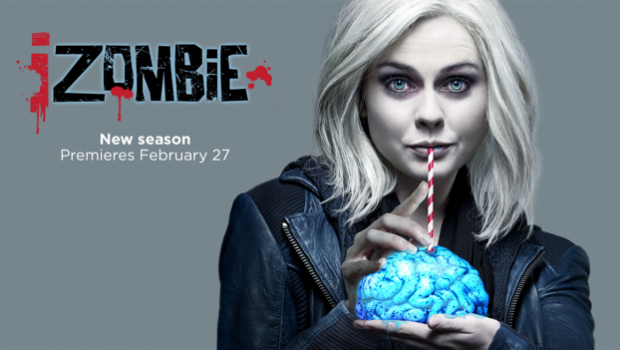 NEW TRAILER FOR SEASON 4 OF iZOMBiE

Get ready for more brains as iZombie returns exclusively to Stan on February 27. The brand-new season goes in to full on beast mode picking up three months after the events of last season’s finale which saw a Fillmore-Graves sponsored outbreak of the zombie virus. With major changes to Seattle, the city now features a perimeter-wall installed to keep the city’s residents separated from the rest of the world and to prevent the spread of zombie-ism. To avoid all out chaos the humans and zombies trapped inside try to reach an uneasy peace but with powerful competing factions this is easier said than done. While it is unclear if Ravi’s zombie cure is a success, Liv and her band of crime-solving heroes are back on the case, trying to keep the madness at bay.