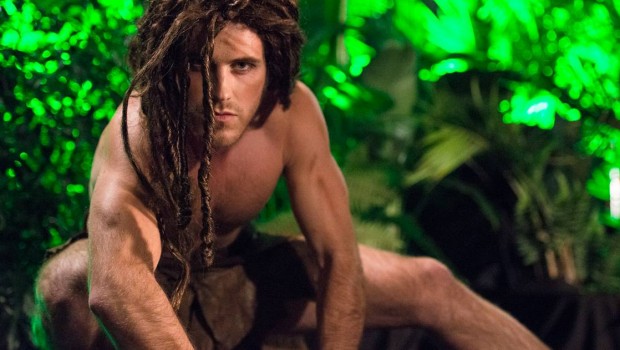 NEW TARZAN ADVENTURE, SLATED FOR A JULY 1, 2016 US RELEASE‏

Dan Fellman, President, Domestic Distribution, Warner Bros. Pictures, also announced that the film has been slated to open in the U.S. on July 1, 2016.

Alexander Skarsgård (HBO’s “True Blood”) has been set to star as the man who was orphaned as a baby and raised in the jungle, later to return to the urban jungle of London. The film also stars Oscar® nominee Samuel L. Jackson (“Pulp Fiction”); Margot Robbie (“The Wolf of Wall Street”), as Jane Porter, who becomes the love of Tarzan’s life; and two-time Academy Award® winner Christoph Waltz (“Inglourious Basterds,” “Django Unchained”).

David Yates, who helmed the last four “Harry Potter” blockbusters, will direct the new feature from a screenplay based on the works of Edgar Rice Burroughs. A Jerry Weintraub production, the film is being produced by Weintraub (“Behind the Candelabra,” the “Ocean’s” trilogy), together with David Barron and Alan Riche.

In making the announcement, Silverman said, “We have assembled a phenomenal international cast to tell this extraordinary story. Warner Bros. has also enjoyed long and WARNER BROS. PICTURES successful collaborations with both David Yates and Jerry Weintraub, and we look forward to seeing what they and the entire team have in store for this timeless tale.”

Kroll added, “Tarzan has been an enduring and enigmatic figure in literature and cinema for more than a century. The adventures of a man who was torn between two worlds has entertained and intrigued people young and old, and we are excited to bring him to the screen for a new generation.”

Fellman stated, “This is a perfect entry for the summer movie season corridor, with a terrific combination of action, adventure, romance and suspense that is sure to appeal to a broad audience.”

Jerry Weintraub added, “I am so pleased to be reuniting with the team at Warner Bros. on this thrilling project. David Yates and I are going to be using the best of today’s technology in creating this new adventure, and we can’t wait to get started.”