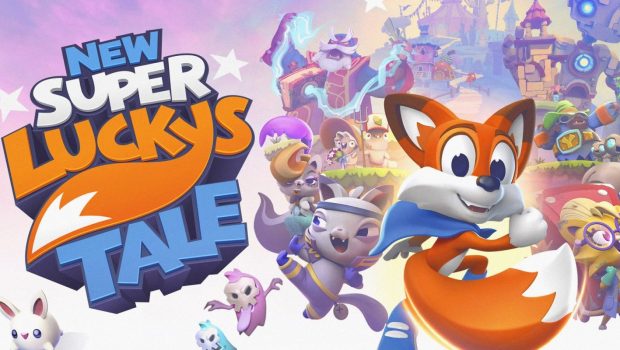 Summary: New Super Lucky's Tale is the kind of laid-back easy going game that can be enjoyed by anyone.

3D Platformers are a rare treat these days. After the glory days of the Nintendo 64 and PlayStation 1, the genre declined in popularity for a time. Eventually 3D platformers lost their place when 2D Platformers made their comeback. Fortunately, we’ve seen a bit of a 3D Platformer revival this generation, and New Super Lucky’s Tale is a new modern take on the genre. Finding a middle ground between 2D and 3D level design, between linear paths and sandbox environments, New Super Lucky’s Tale is a game that can appeal to everyone young and old. 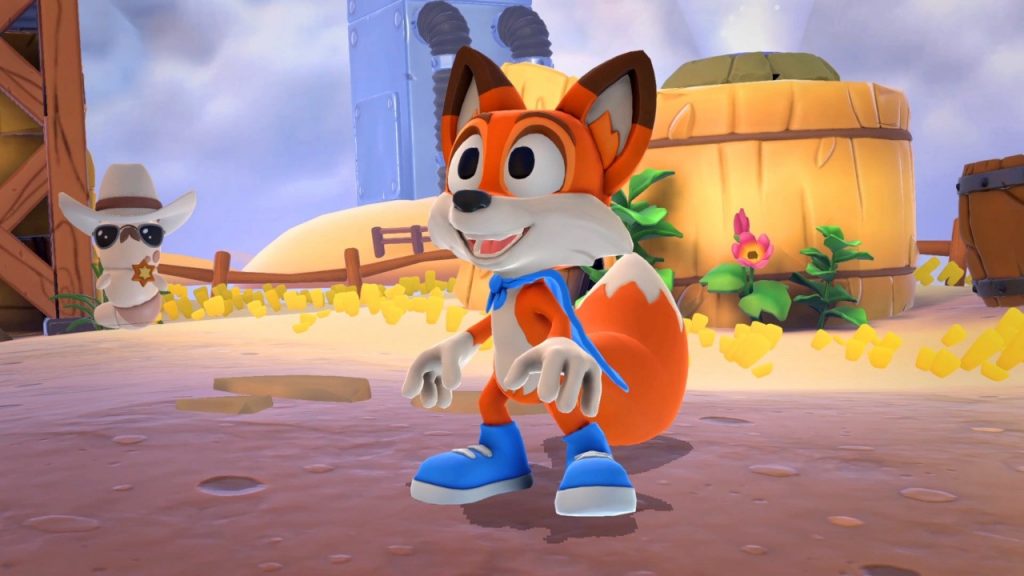 Our hero Lucky is a lovable young fox stuck within a magical book. Lucky can use the power of clovers to travel between different pages of the Book of Ages. Each page in the book contains a uniquely themed world to explore and play around in. But all is not well, and it’s up to Lucky to stop the nasty cat Jinx from using the power of the book for evil deeds. Lucky can jump, run, dig through the ground, and spin attack with his tail, and these basic abilities make up the bread and butter of the gameplay. 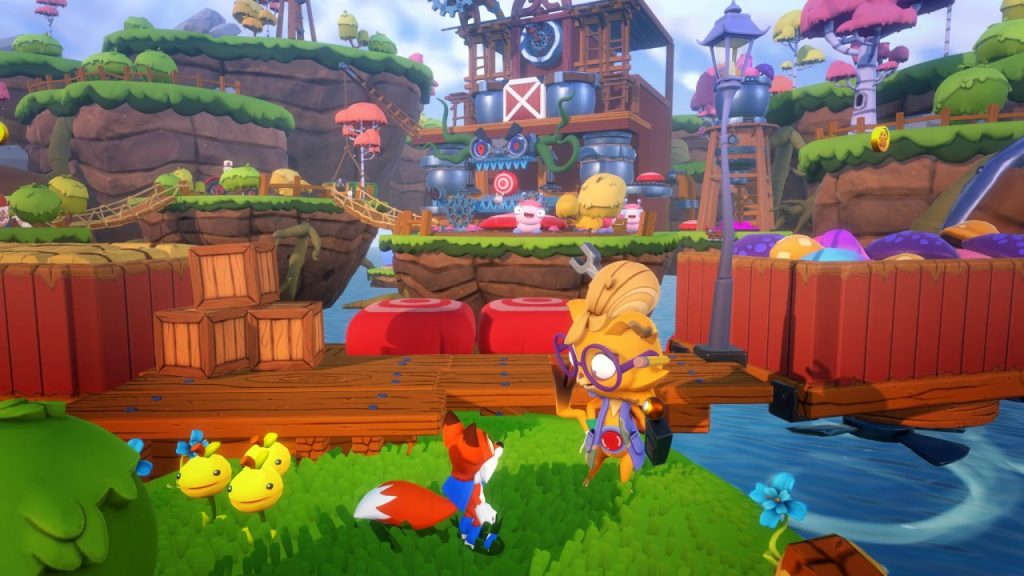 New Super Lucky’s Tale contains a mix of open and linear levels. It’s not necessarily a linear experience, as the 3D worlds have multiple objectives and puzzles that require exploring the area, yet each level has a distinct goal point. The main objective is to collect clovers as you play through each level. Clovers are obtained by collecting plenty of coins, finding the letters L U C K Y, or finding hidden ones in some other obscure way. You technically don’t even have to collect these to reach the end of the level, but access to future levels is gated by a clover requirement, so you’ll want to collect as many as you can.

Levels can come in both 2D and 3D varieties, similar to Crash Bandicoot or segments of Super Mario Galaxy. 2D levels are much more straightforward and linear than its 3D kin, but it’s to be expected with one less dimension. There’s still a heavy emphasis on collecting everything you can before reaching the end of the level. 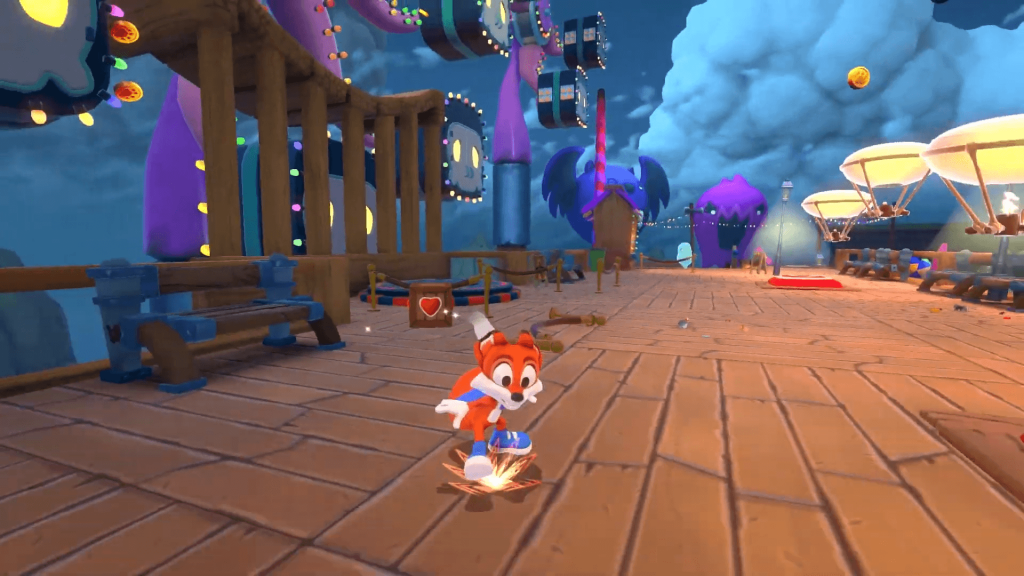 New Super Lucky’s Tale is on the easier side of games, but it doesn’t need challenge to be entertaining. Much to the contrary, the game is such a relaxing experience that it becomes its greatest strength. The low difficulty level makes it easy to play passively while you simply admire the enchanting visuals, music and atmosphere. The overly friendly character dialogue is a breath of fresh air. New Super Lucky’s Tale is a wonderful, lighthearted experience that warms your heart and relieves all the stress in your day. Even standing idle, Lucky will turn to face you, blessing you with a smiling optimistic face that you can just stare at all day. I was never expecting to be so delighted in such a trivial element of the game. 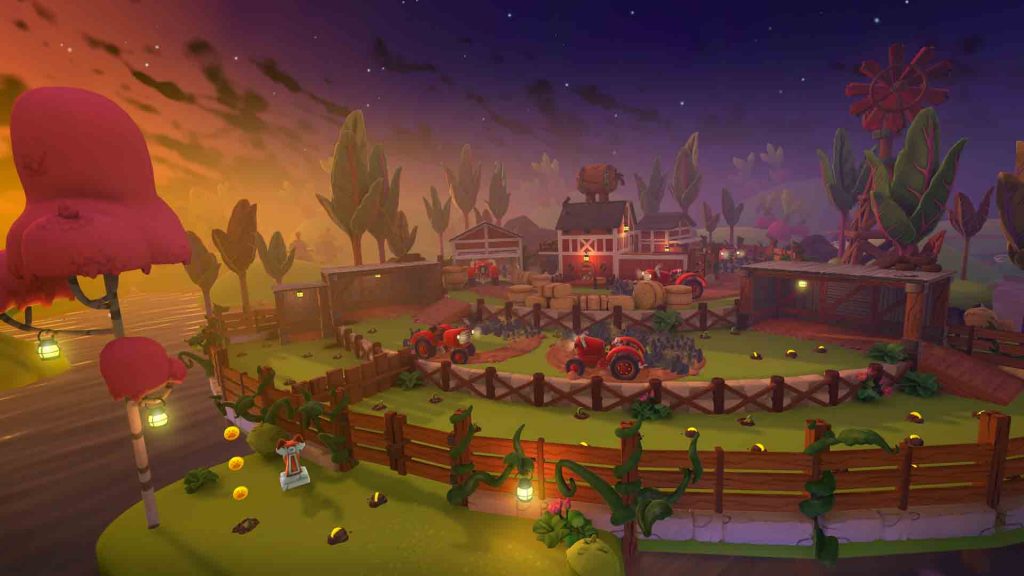 New Super Lucky’s Tale looks absolutely gorgeous. There are times at the beginning of the game where it looks more like a Saturday morning cartoon than a Pixar film, but the game’s visuals become better and better as you delve further into its more colorful worlds. The subtle animations with the character models are energetic and surprisingly cute. In motion, the game looks great with its buttery frame rate and resolution. It performs possibly the best of any 3D platformer on the Nintendo Switch. The soundtrack is very reminiscent of a Yoshi game, with gentle guitars or flutes providing compositions that could put you to sleep if you let it. 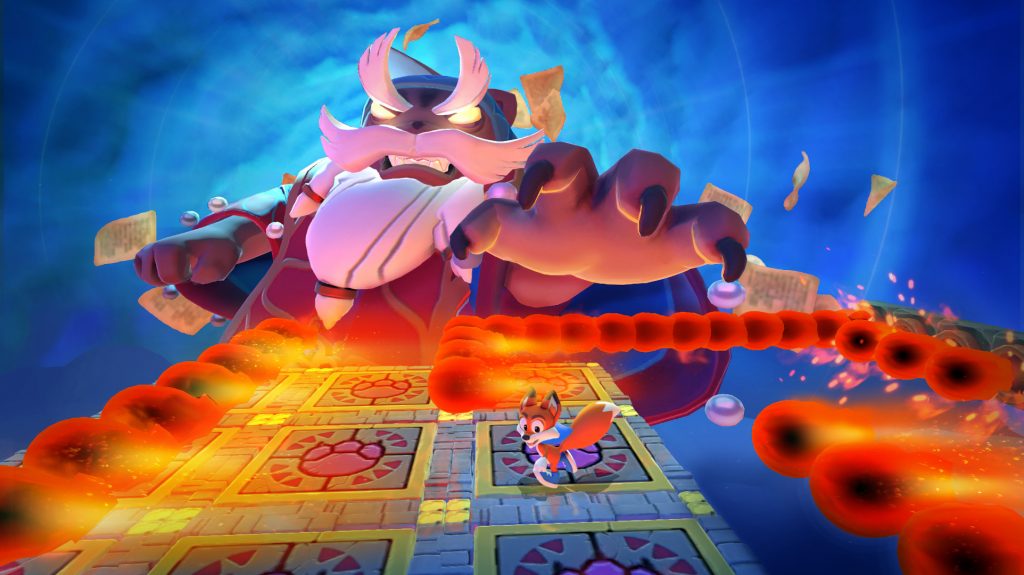 While there may be other 3D platformers with more content or superior level design, very few rival New Super Lucky’s Tale for its simple elegance. This game is great for young kids, but I also wouldn’t blame a full grown adult playing it to wind down after a hard day at work. It’s a basic by-the-numbers platformer game, and the controls might feel a tad sluggish if you’re a seasoned Mario or Crash player, but the presentation makes the game well worth playing. Don’t count this one out. 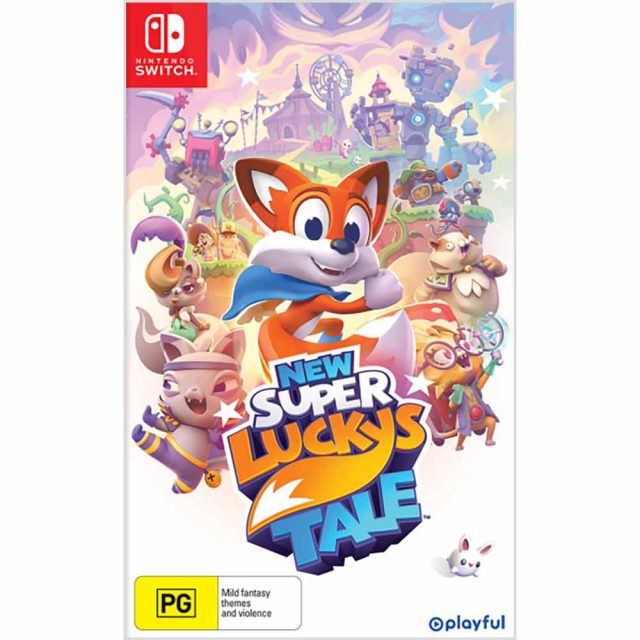