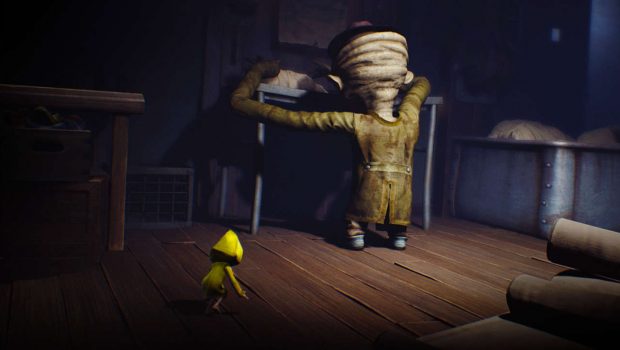 In The Hideaway, the second story of Secrets of The Maw, The Runaway Kid wakes up in the engine area of The Maw, a dark and grimy place populated by Nomes. Included into the Expansion Pass of the critically-acclaimed game LITTLE NIGHTMARES from Tarsier Studios, The Hideaway is available today on PlayStation®Network, XboxLive store, STEAM®, GOG.com and other PC distributors. The start of Six’s adventure is also available to enjoy as a free demo starting today on PlayStation®Network and XboxLive. BANDAI NAMCO Entertainment Europe is also pleased to announce the release date of the third and last story of Secrets of The Maw on February 10th.

Highlighted in an all new video revealed today, the Runaway Kid will have to find and rescue the Nomes, to escape from this gloomy place. These curious creatures have a secret but they can help as well to overcome all obstacles! Where are all these Nomes coming from? What secrets are buried in their nest? This second story introduces more complex puzzle mechanics that will require you to work with the Nomes and a hub-like layout to let you have more freedom for exploration.

LITTLE NIGHTMARES is available in digital and physical format on PlayStation 4, Xbox One, STEAM and GOG.com for PC. Expansion Pass LITTLE NIGHTMARES Secrets of The Maw with the three stories can be purchased on Steam, GOG, PlayStation®Network and XboxLive. The first chapter The Depths and the second one The Hideway are now available and the last one will arrive on February 10th. The Complete Edition including the base game and the Expansion Pack is also available for pre-purchase across the same platforms. All future content that is part of LITTLE NIGHTMARES Secrets of The Maw will be accessible in-game once it is available on stores.