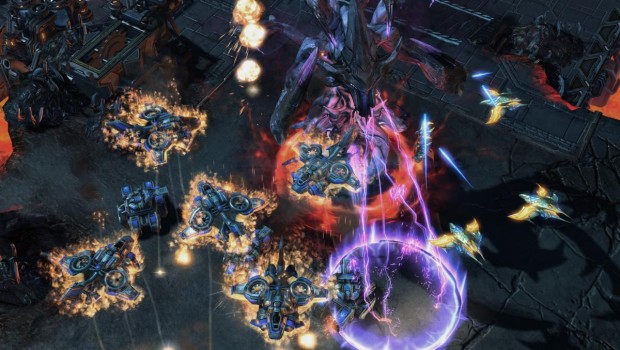 SYDNEY, Australia—August 6, 2015—Epic Heroes and knightly cards are just a few of the exciting new things Blizzard Entertainment revealed overnight at gamescom 2015, taking place at the Koelnmesse in Cologne, Germany from August 5–9. And there’s more to come: the epic new expansion for World of Warcraft® will be unveiled on the Blizzard stage in Hall 7 tomorrow, August 7, at 2:00 a.m. AEST. Players around the world can tune in to a live stream of the announcement at www.blizzgc.com.

StarCraft® II: Legacy of the Void™

Blizzard also revealed the first details for Allied Commanders, a brand-new cooperative game mode in Legacy of the Void, the upcoming final chapter of StarCraft II. In Allied Commanders mode, players take on the roles of legendary StarCraft commanders and team up to defeat a host of enemies in a series of objective-based missions, levelling up their commanders as they progress.

Each commander has a distinct play style and devastating abilities, as well as new cooperative powers exclusive to the Allied Commanders mode. New abilities, units, and upgrades are unlocked as the commanders work together to dominate each mission.

Three commanders have just been revealed and are playable at gamescom:

Dashing knights and their trusty steeds join gamescom this year with a preview of The Grand Tournament™, the exciting new expansion for Hearthstone®: Heroes of Warcraft™ due out later this month. Along with 11 new cards revealed overnight, Blizzard showcased a new “jousting” gameplay mechanic, which gives certain cards the ability to reveal a minion in each deck and win a special advantage for the player if their revealed minion has a higher mana cost than that of their opponent.

Heroes of the Storm™

The influence of Sanctuary within the Nexus continues to expand as part of the ongoing Eternal Conflict™ in-game event, with the unveiling of a new Diablo®-themed Hero and Battleground:

The world could use a new hero, and two new maps, and that’s exactly what Blizzard revealed for Overwatch, its highly anticipated team-based shooter: